10 Crucial Mistakes That Lead to a Graphic Designer’s Failure

Graphic design is not just about playing with colors and shapes. There is much more involved in getting a design done then is visible by naked eye. Graphic designers are in great demand in many industries and so is the competition therein. More and more online jobs imply a surge in the graphics designer’s job in freelance or work from home mould. Like any other art, graphic designing requires creativity, precision and attention. There are some pitfalls in which most of the graphic designers get into unknowingly. There is always a starting point in any professional’s life. People do learn many things with experience but amateurs should be watchful of some of the most hazardous mistakes. These mistakes are compiled below: 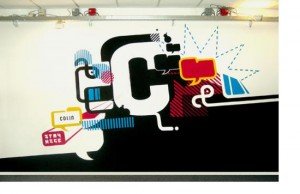 Connect is the word! As a graphic designer, the most important thing that matters is connecting to the audience. The graphics send a visual message to the person who is viewing it. The onus of making an appeal to the viewer lies on the graphic designer. As a graphic designer you should take into consideration the age group, gender, region, profession and in some cases ethnicity of the audience. For example, if you create a visual masterpiece but you are unable to get the message, then that is very likely to be an epic failure for you. 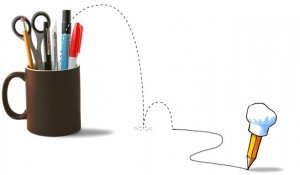 Many times graphic designers either neglect the design or fail to obtain a design layout from the customer. Ask the client if s/he didn’t provide you with one or if you are following your design, discuss it with him/her and settle these issues before you start work.

Many people don’t heed to the need of contracts. With the arrival of work from home, freelancing and online job opportunities most of the workers just rely on verbal communication and understanding. Graphic designers have most frequently been the victim of frauds in which money is not paid by the client. So, just make sure you are satisfied about your client not being a hoax.

Another mistake some of the people commit is the lack of communication with the employer or client. Whatever the reason is, it can make you pay heavily. So never be shy of asking questions from the employ. Another reason is arrogance on part of the designer but here it is not implied to shun creativity. But remember client is not your boss. If you feel that the client is naïve then it is better to lend a deaf ear to him.

You can look at other designs to take ideas but copying whole or most part of them is never recommended. In addition to facing copyright penalties, you will lose creativity and the will to work with the passage of time. 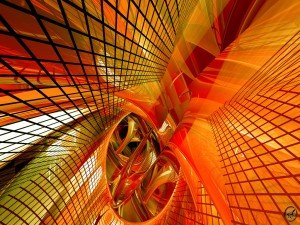 In graphic designing simplicity is the key. It is no good to stuff in a number of elements just to satisfy your own aesthetic sense. Such designs fail to convey the message because they are difficult to understand.

There are many instances in which the designers fail to get the project due to a lack of follow-up after sending the proposal. The client may perceive you as not interested in the project. Usually, the mode of payment is in installments after completion of phases of the project. If for some reason you have not completed a certain phase, immediately get in touch with the client. Many projects slip away in such situations.

8. Not Using the Right Color Mix

Graphic designing relies heavily on combining colors to make a new one. Most of us know that red, green and blue is the basic color scheme adopted in electronic screens. However, this does not apply to print work. CMYK is the standard scheme there and take special care when designing graphics.

One of the fundamentals in graphic designing is the ability to preserve the image when it is stretched, contracted or cropped. The best bet is to use the vector format in graphic designing. For some people it might be too basic but getting the basics wrong always hurts more.

This also holds good for other jobs. Don’t look needy in any representation of yours. Whether it is your resume, portfolio or verbal communication a hint of being needy will ultimately harm you. First you won’t be hired or even if hired, you are likely to sell your skills cheaply. Amateurs in graphic designing should avoid mistakes such as neglecting the target audience, design requirements, lack of communication, usage of unnecessarily sophisticated fonts and improper file format etc. This also applies to the experienced folks as to err is human.