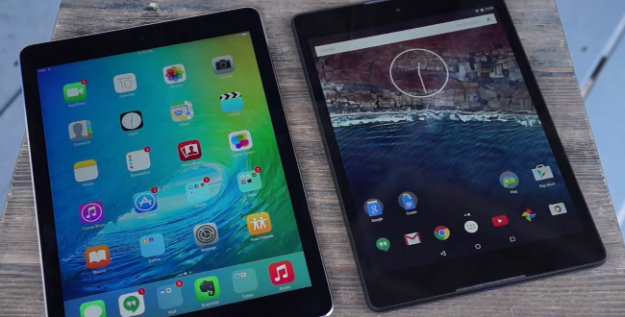 So it’s been around a week since Apple announced iOS9 at WWDC and just over double that that Google announced Android M. First off we must say that iOS9 signifies a much larger jump than the merely incremental 0.1 update that Android M does. Android M does not look to bring many new features in like iOS9 does. However, both do look to bring in some features that will interest users of the future devices nonetheless. We have decided to try and give our initial impressions of the two platforms. Comparing the two OS’ based on nothing but announcements and feature sets is what we intend to do here. We have not had a chance to play with either of the operating systems. So here are our Android M v iOS9 initial impressions.

So the two biggest similarities that we’ve seen from the OS’ is the big push towards making mobile payments a mainstream thought. Apple debuted their Apple Pay last year along with some new hardware. Apple Pay looked to revolutionise how we envisage paying in the future. With a simple tap of the back of your phone onto a designated payment terminal and a simple entry of your fingerprint, you’ll be able to pay for your next coffee or lunch without any problems. Google looks to bring that exact same experience into it’s Android phones with the introduction of Android Pay to Android M which will also support a new fingerprint recognition software. Comparing the two is hard, they both allow you to pay for apps, purchases within apps supported, make purchases in stores and such. However, we believe that with the wider adoption of Android headsets that Google may have Apple edged out just a little here. There are over 1 billion Android devices out in the world right now with Apple not yet having reached that number of sales of iPhones. This means that there’s more chance of adoption. However, Apple Pay is currently in the US and coming to the UK and Android Pay will begin in the US. These are two places where iPhones are a very dominant force in the mobile phone world and therefore it may be seen as iPhone users that when Android Pay comes along that they’re trying to copy the iPhone’s success.

Multitasking is a massive compartment of what still defines tablets and computers apart. Computers make doing two things at once a breeze with the ability to just float windows around wherever you want them and resize them to whatever size you need. Samsung introduced a form of multitasking to their platform a few years ago, allowing you to pin supported applications to the bottom half or the top half of your screen. Then introducing into their bigger tablets, four app support. Samsung insists on packing all their devices with a huge amount of power and so this was doable. Apple have come along with multitasking which is only for the iPad for now and the best feature which is true multitasking is only available for the iPad Air 2. The iPad’s multitasking takes a similar approach by allowing you to pin certain apps to different halves of your screen and use them both at the same time. The iPad also allows you to view supported video players wherever you are whilst navigating your iPad, a feature we really hope to see the likes of Netflix, Amazon, YouTube and Twitch to implement as soon as possible. Apple looks to have brilliantly implemented multitasking which does really excite iPad users.

So Google Now and Siri have been direct competitors since both their launches. Siri looked to be everyone’s favourite personal assistant for asking your questions and helping you get things done. However, Google Now came along and became truly useful with the ability to give you information before you even knew you needed it such as tickets, travel times and more. iOS9 has brought with it something they are calling Proactive assistant which looks to be their higher security way of taking on Google Now. Whereas Google Now has a single place where you can view your cards for all the relevant information that you’ll need, Siri’s updates appear to be more in the background. For example, if you get an email about some sort of invitation to an event, it will automatically add it to your calendar. Whereas Google Now would add it to your Google Now cards, allowing you to choose then if you wish to add it into your calendar. However, Google recently implemented something called Google Now on Tap into Android M which looks to be the next generation of how we Google things. Google Now on Tap essentially reads whatever application you’re in and then, when you hold down on the home button, it will bring you up cards relevant to say the film you and your friends are talking about or the restaurant your wife has booked. Both looks to revolutionise how we get information into our daily lives and both take away a few steps for us.