BoomBox vs Bimber – Which Viral Magazine WordPress Theme Is Right For You? 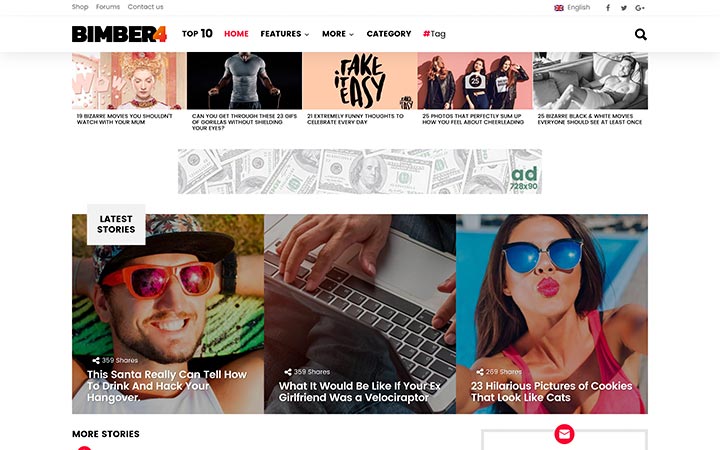 In today’s fast-paced world of viral entertainment, it’s important more than ever that your site stands out from the competition. It has to look great, run fast and have a range of features that will appeal to users. So, when it comes to choosing the right WordPress theme, deciding which one to go for can be quite hard since there are so many of them. Two of the newest ones to hit the market are BoomBox and Bimber; the former launched in August 2016, while the latter came out in February 2016. Both have been hugely successful both in terms of the praise they’ve received from critics and regular users, and their sales, with Bimber even promoting itself as the bestselling viral theme of all time.. But which one of them is right for your viral site? Here we look at the pros and cons of each of them. 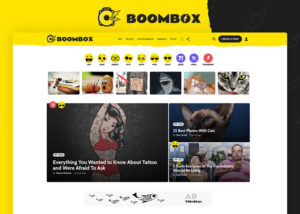 For a viral site set up like BuzzFeed, BoomBox is the WordPress theme to choose. One of its most recent updates brought features such as Complex Stories (lets you combine various post formats such as polls and quizzes into a single post), instant file uploading, autosave, GIF post format, Froala Rich Text Editor and MP4/MP3 upload. Some of the theme’s most popular features include its Flexible Posts Ranking System, which lets you sort posts into different rankings (Trending, Popular and Hot), an array of Easy Social Share Buttons and a Reaction Voting System with the ability to select badges from a collection of several dozen. The theme is very customizable and even readers can get in on the action, with front-end submission forms available for those who want to allow readers to submit articles of their own. It’s fully compatible with BuddyPress and has a lot of social media sharing options available, so it’s a great choice for those who are really keen for their viral sites to go viral. A wide range of content can be added to BoomBox sites and all it takes is a few simple clicks. 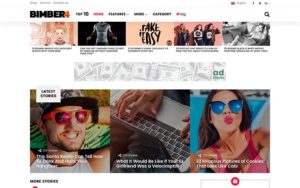 If you’re looking to create a viral site in the style of BoredPanda, you should definitely consider Bimber. Choose this theme and within 24 hours, you can have a viral site of your very own that’s not only fully functional and responsive, but also attractive and engaging. It’s designed to be very easy to use and can even be installed in just a single click. It’s recently undergone its biggest ever update, which has introduced a host of new features such as Google AMP support, personality and trivia quizzes, advanced font options, advanced category options, social comments, instant search results, fake counters and redesigned featured posts. These are in addition to the many pre-existing features belonging to the theme, such as Photomix (create buzzworthy photos without PhotoShop), the New Ad Manager (compatible with Google AdSense as well as all of the major international Ad networks), sponsored articles (create an article about a sponsor’s service or product and be paid for it) and MediaAce (helps manage routine tasks and offers things like bandwidth protection, managing image size and converting GIFs to MP4). Features such as the recommended article widgets and infinite scroll help to keep visitors on the site for longer; Bimber sites typically display links to more pieces of content, so no matter where visitors are on the site, they’ll be presented with more content they could potentially click on. 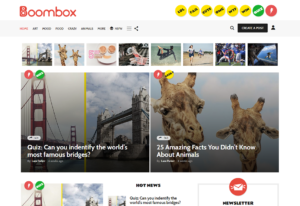 The theme is, of course, available on a range of handhelds, such as smartphones and tablets, though the key problem is that not all of the options you have access to on desktop computers are available on mobile devices.

There’s also the fact that when you run it on mobile devices, it tends to be a bit slower compared to how fast it runs on handhelds. A lot of WordPress themes and entire websites have the problem of having their tap targets slightly too small. This is because mobile screens are considerably smaller than laptop and computer screens; again, it affects a lot of themes and sites, including BoomBox, so if you’re going to use it on mobile devices, you’ll have to get used to tap targets that are a bit on the small side.

With Boombox, you receive free customer support, however it’s only for six months. It’s only available during the weekdays, so those who encounter any sort of problem at the weekend will have to wait until the following Monday before getting it seen addressed. After the initial six months are up, you do of course have option to extend the customer support, though it will cost you extra.

Finally, there may be issues with response time and server speed if you happen to use a lot of images. Having many images can slow things down – the best way to get around this is by using an image optimisation plug-in. 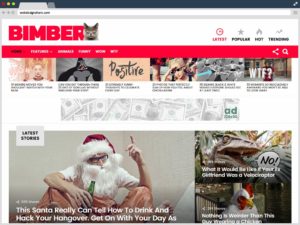 As with BoomBox, one of the main critiques of Bimber is the fact that when you use it on mobile devices, it does tend to run a bit more slowly than if you use it on desktop computers and laptops. Another mobile-related problem is the fact that, just like with Boombox, tap targets do tend to a bit smaller and those who are used to using larger touchscreen devices such as tablets may find that the smaller tap targets take some getting used to on smaller handhelds. Also, there are a few things such as fonts that aren’t available when you use it on smartphones. 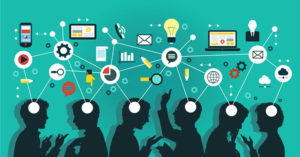 Both Bimber and Boombox are fantastic choices if you’re looking for a high-quality WordPress theme. They both have a things that could be improved on, however the pros definitely outweigh the cons. Use either one of them and your viral site will be off to a great start. You’ll surely drive traffic to your site and get people interacting with it in no time at all.