Bricklaying Robot Hadrian May Put Builders Out Of Business 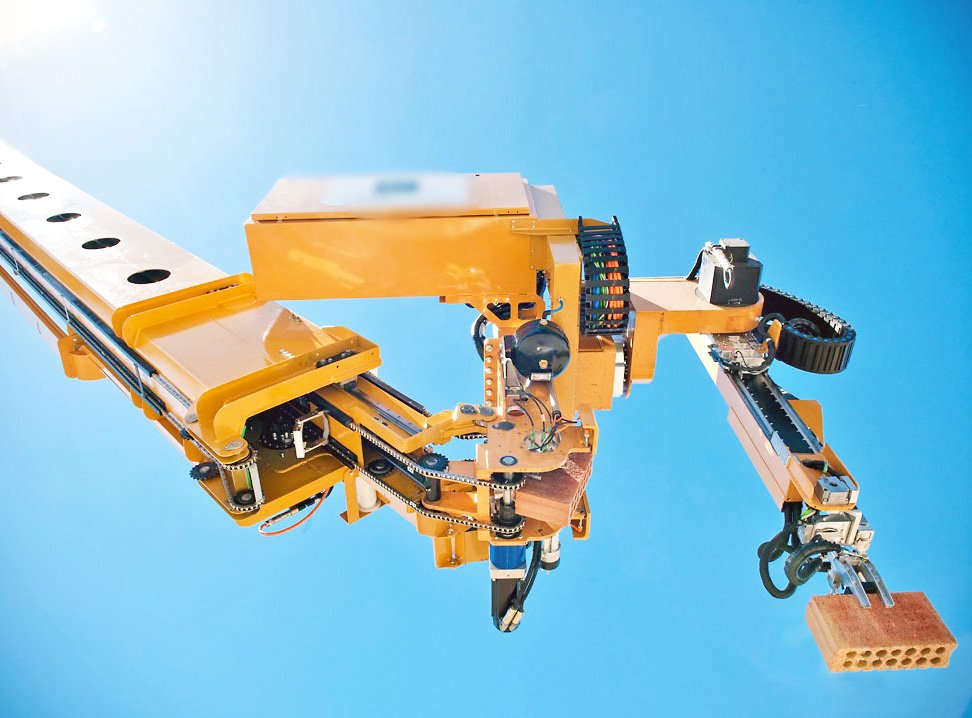 Created by an Australian engineer, the Hadrian robot can build a whole house in two days. Human builders must work for at least six weeks to build a house, and they must take weekend breaks and holidays. But Hadrian can work everyday and doesn’t need to take breaks, building a whole property much more quickly than any human could.

This means that Hadrian could put builders out of business, but the creator says that the machine was designed to fill a need. Mark Pivac, Hadrian designer, said that the robot was actually designed in response to the dwindling number of available workers. The average age of the construction industry is increasing, and so Hadrian may be able to fill some of the gap for extra workers.

Pivac has said “People have been laying bricks for about 6000 years and ever since the industrial revolution, they have tried to automate the bricklaying process”. Even though humans have been building houses for such a long time, much of the work is still done by hand. This is particularly true of bricklaying. However, Hadrian can easily lay around 1000 bricks per hour, meaning it can build about 150 houses per year.

Speaking to Gizmag, Pivac explained how a whole house can be built by the robot in such little time- “The Hadrian reduces the overall construction time of a standard home by approximately six weeks. Due to the high level of accuracy we achieve, most other components like kitchens and bathrooms and roof trusses can be manufactured in parallel and simply fitted as soon as the bricklaying is complete”.

The robot works by looking at the design of a house and then deciding where each of the bricks needs to go. It then cuts and lays each one of them in place. The 28 foot articulated telescopic boom of the robot is used to set and mortar the bricks, and its long length means that the robot doesn’t need to move while it’s working. The final robot will sit on a truck while it’s working, meaning it can move easily from site to site without needing extra equipment like cranes.

Mortar is fed under pressure to the head of the boom so the robot can easily lay the bricks, while a 3D CAD representation of the house design is used so that Hadrian can create information on the best brick placements. 1000 times a second the boom auto-corrects itself, which means that it isn’t compromised by the wind or any vibrations that may knock it out of place slightly. The process has similarities to the way 3D printers use an additive manufacturing process.

Pivac is hoping to start in West Australia to commercialise the robot. He then wants to move globally with his new creation, helping many areas of the world to build houses more quickly, which could help with houses crises. Fastbrick Robotics is the name of the company that is hoping to shoot the Hadrian to fame, and after securing funding it is hoping the first commercial version of the robot will be launched in 2016.

Pivac has said that Hadrian is able to improve the safety of a construction site, reduce house construction waste and reduce emissions too. He is hoping that the robot will attract young people into the construction industry rather than taking jobs from builders, as robotics is currently an attractive industry.

Pivac’s brother, an aeronautics and mechanical engineer, has been working for 10 years on the idea of Hadrian. He was inspired by technology that he first saw when he was in the Air Force. Seven million Australian dollars have already been invested into the robot project and Fastbrick Robotics has recently been acquired by DMY Capital Limited, which hopes to bring Hadrian to global attention soon.

The robot has already received attention from new investors who hope for its commercial journey to progress quickly. The bricklaying process is one that can slow down the creation of houses, causing a bottleneck, and so Hadrian is expected to be well received within the construction industry without much resistance to the idea of a new industrial robot on construction sites.