Can Deleting Your Browser History Be Seen As Obstruction Of Justice? 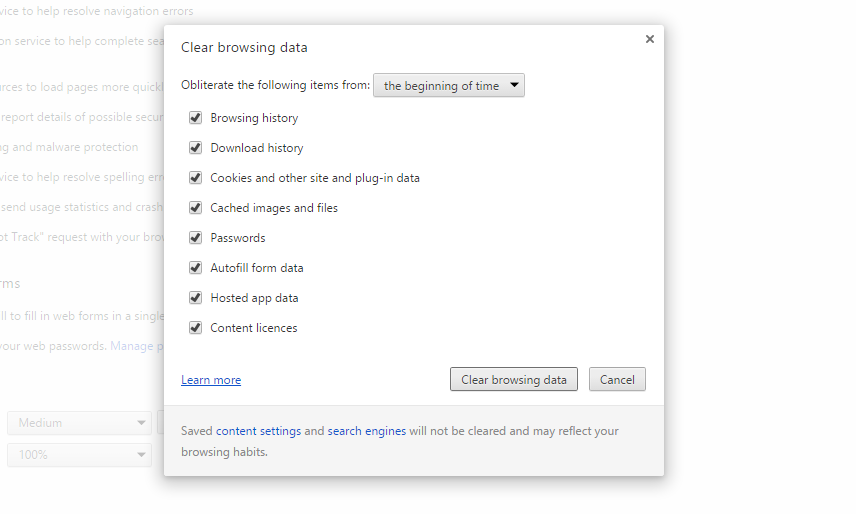 A bill was created around 15 years ago by congressman Paul Sarbanes and Michael Oxley in the US that was designed to ensure corporations would comply with prosecutors during investigations. It was thought up in response to a scandal involving Enron in 2001 when the company used corporate loopholes to hide large amounts of debt. The bill was called the Sarbanes-Oxley Act and in 2002 was made law by President Bush, carrying a sentence of up to 20 years imprisonment.

The Sarbanes- Oxley act has since been used to prosecute people for a number of offenses, sometimes for something as legal as deleting their internet browser history. A recent example of this is the case of 24 year old taxi driver Khairullozhon Matanov who ate with Tamerlan and Dhzokhar Tsarnaev on the evening of the Boston Marathon bombings. The Sarbanes-Oxley act has been used against Matanov to charge him with destroying evidence.

After speaking to the police once Matanov had found that out the Tsarnaevs were suspects in the bombings, Matanov lied and then deleted his browser history along with videos from his hard drive. Matanov had been tracked by the FBI for over 12 months when he was charged in May last year with four counts of obstructions of justice and one count of destroying a ‘record, document or tangible object with intent to obstruct a federal investigation’.

While the Sarbanes-Oxley act is mainly used in cases of corporate accounting, one sections says that records, documents or objects that are destroyed, mutilated, concealed or falsified can be held against someone if there is intent to slow down an investigation. While it’s hard to prove intent, the section can be used to charge a person for deleting their own personal files or internet history.  This section was also used against student David Kernell who deleted information his web history and from his hard drive after hacking into the Yahoo account of Sarah Palin.

The section of the law used against Matanov and Kernell came to light during the recent Boston marathon bombing trial and questions have been raised over the type of access the government should have to personal or online data. The law was originally meant to apply to large corporations but is now being used to apply to actions taken in the past by individuals. Questions have also been raised about how the government is able to prove intent as currently the law could be used to charge people for deleting any online data at any time in case it may become evidence in a trial in the future.
For example, deleting your browser history without even knowing that there is an investigation for which it could be relevant might allow you to be charged. This would also be the case if the investigation hadn’t even started when you deleted the information.

The acts of deleting digital and online files are both difficult to prosecute but also difficult to defend because there is information left over even when a file is removed from an application or computer. The internet is now much more advanced than it was when the Sarbanes-Oxley Act was made law but there have not been any calls for a reform. With Obama still hopeful to crack internet encryption and allow the government access to private emails and social media messages, it seems that a reform would be unlikely even if one were called for.

The majority of people will never be charged by the police, let alone for something as simple as deleting a file from their computer. But the bigger picture of this issue is the worry that US citizens won’t have any part of their life that can, in theory, remain untouched by the government, especially in a world where technology changes so quickly and can capture so much information about them.
However, laws are essentially created to bring criminals to justice and if they must be bolstered to keep up with a digital world then it may be for the best. As with any law, people have nothing to fear from the Sarbanes-Oxley act if they have nothing to hide, and it may prove to be useful when charging the criminals of the future.