First Public Jetpack Set To Go On Sale in 2016 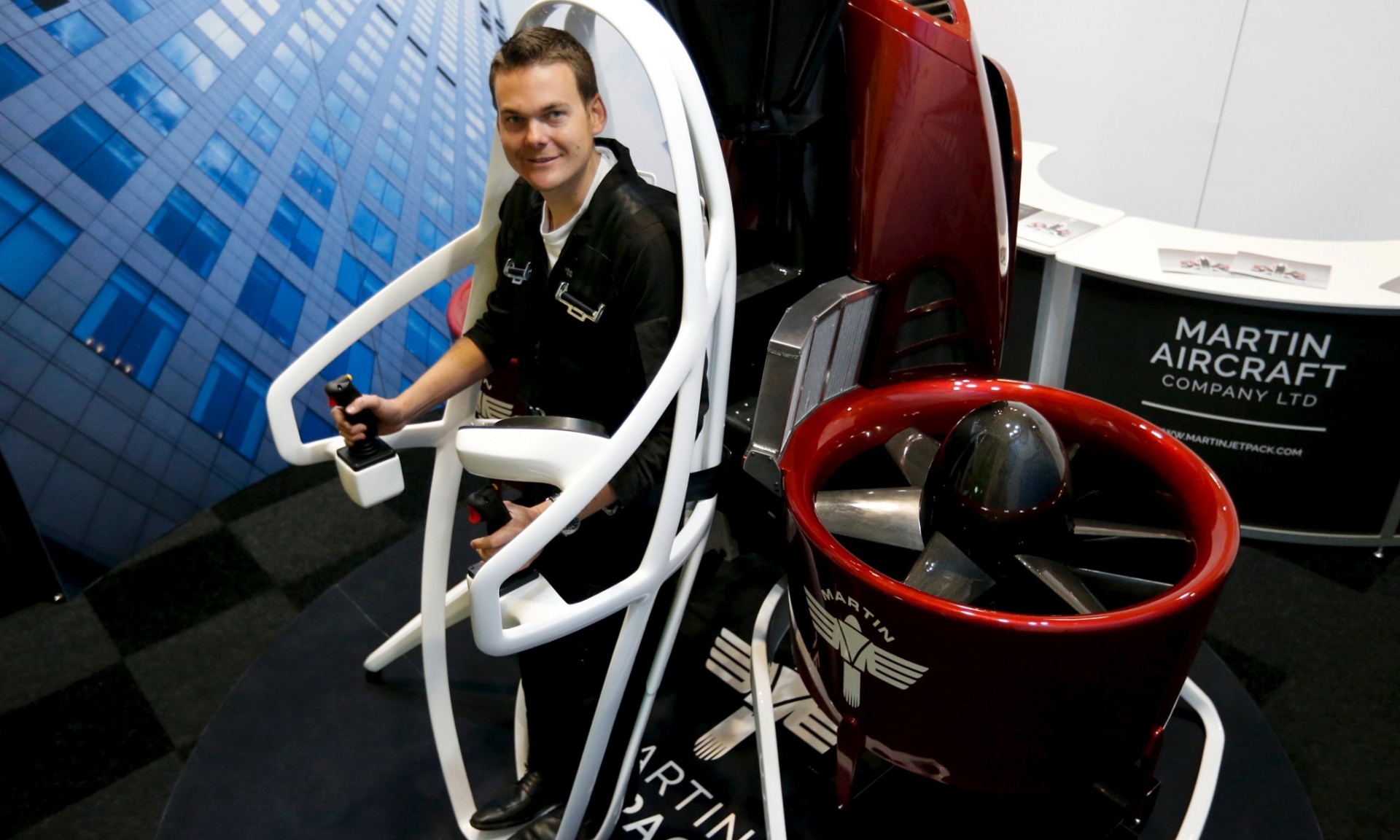 It has been announced that the world’s first commercial jetpack will go on sale next year and will cost $150,000.

A New Zealand company named Martin Jetpack is planning to release the craft, which will be fuelled by petrol. It has been in development for 35 years and is now finally ready for worldwide use. The aircraft was first thought up in 1981 but it wasn’t until 1997 that it received its first tethered flight. There have been a large number of failures in jetpack history, created by enthusiastic developers. One of the most famous attempts at a fully working jetpack is the Bell Rocket Belt, which was used in the James Bond film Thunderball. The Bell Rocket Belt could fly for only 30 seconds at a time and has been resigned to the Smithsonian Institution in the US where it is no longer used. But now a usable and useful jetpack will soon be on sale.

At the Paris airshow, Martin Jetpack showed off their latest prototype, the P12, and the company says that commercial production of the product will begin soon. Instead of jet propulsion, the P12 uses ducted fans which allow for top speeds of around 46 miles per hour. The aircraft can reach 1,000 meters (3,300 feet) into the air and can fly continuously for more than 30 minutes.

While the company does hope that there will be private buyers interested in the jetpack, Martin Jetpack think that it will be useful particularly for search and rescue operations. There will be protective bars placed around the pilot and a parachute system will help with any difficulties when flying in rough conditions or above uneven terrain.

One of the first public demonstrations of the jetpack came in 2009 at the AirVenture airshow in Oshkosh, Wisconsin. Glenn Martin wanted to allow an outside development team to test the jetpack and so bidding for the chance was opened up on eBay. The starting bid was $30,000 for six flights and the prototype was limited to 6 miles per hour at a maximum height of around four feet.  Anyone could bid on the flights as long as they held a driving license and weighed less than 90kg. At the time, the company said “we can bring almost anyone in and, with just a small amount of training, they can be flying the Martin Jetpack with high levels of confidence and safety. This is your chance to make aviation history. Your own ‘Wright brothers’ moment”.

In 2011 an earlier prototype called the P11 was announced and the developer Glenn Martin had hoped that he would have been able to launch the P11 within 18 months. Martin had spend 30 years working on his jetpack and he hoped that a commercial version would cost around $100,000. Having just completed its first high-altitude test in which a dummy pilot was flown to 1,500 meters, Mr Martin hoped that further testing would mean a quick release for the aircraft. Martin had dreamed for years of building the world’s first practical jetpack, and his achievements had named his machine as one of the most anticipated inventions across the world in 2010.

Martin has always believed that the machine would be helpful for search and rescue, he said in 2011 “The first people using these in cities will be medical personnel doing emergency response. Then you’ll see people putting camera mounts on them for traffic reporting and it will eventually evolve into people just flying for fun or going to work”. Because the jetpack uses Vertical Take-off and Landing (VTOL) it can easily land on rooftops or fly within confined areas.

Over $50 million in investment has been secured into order to make the Martin Jetpack P12 ready for commercial release, with the newest version running on a V4 200 horsepower petrol engine. The safety features of the Martin Jetpack are built into it like a Formula One car, and a new ballistic parachute opens at a low altitude to save both the pilot and aircraft if there is an emergency.

Although the jetpack may not yet be able to be launched at an affordable price, we may start to see the technology incorporated into other machines in the near future, meaning we can experience them if not own them ourselves.