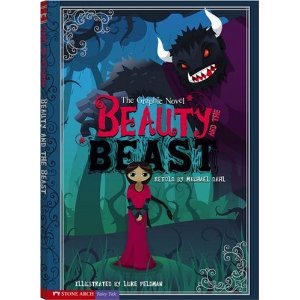 ]Novels have taken a new level of bonding the reader’s imagination with life by adding graphics to them. Graphic novels are popular because of the beautiful illustrative features that require minimum text to narrate a story. As a child I used to love story books that had illustrations and avoided those ones that had few or no illustrations in them. Even though now I am grown up and can read, I still find those illustrations fascinating. With the hectic schedule we have in our daily lives graphic novels are a great source of serving the appetite of reading, attracting our attention and saving the time for us. By looking at some of them we can easily notice the amount of time and hard work put in by the graphic artists. Let us see which ones we have to share with you.

The story of a dog that traveled to space is depicted virtually in the form of a movie through descriptive graphics and helping text. Apart from the beautiful graphics the story is moving even with somewhat fictional touch in it. A bit fictitious but all that interesting because the four icons namely, Captain America, Iron Man, Spider Man and Wolverine are grouping in a team to fight the mysterious forces around the world. But the sad part of the story is that it’s hard to keep them together. Many of the horror movies are based on such type of novels. Artistic work in this novel is praise worthy. The story revolves around a serial killer who commits those crimes and the investigating officer has a long struggle in catching the actual person. A real bed time story and will be a treat if you can find some quiet atmosphere around you. Craig Thomson has depicted a story of two brothers who are often at odds with each other. As a realistic story it should be able to get attention from most people. You would have probably guessed the theme from the title of this graphic novel that it relates to some crime stories but above that it is funny as well. Eduardo Risso visualizes the well written book through some fantastic illustrations. The theme of the story written by James O’Barr relates to love and the main character is just brutal. The author himself has drawn the black & white illustrations of the novel which is beautiful in itself. The inspiration for writing it came from killing of person by a drunken truck driver who used to live with the author himself. Here is a delightful novel for children, which is being released annually for the last few years. The stories are written by various TV play writers which are written and illustrated by different authors and illustrators. The doctor is usually involved in different adventures that are full of fun for the reader. It is a fun combo with a touch of comedy, fun, science and fiction. If you are addicted to fairy tales or fantasies then this one is just for you. The different roles are taken by “Fables” who have been deprived of their homeland and have come to the present day New York and most of them have started living with humans. The Sandman: The Dream Hunters

This novel was written by Gaiman and illustrated by Craig Russell. A monk falls in love with a fox and there are some people who are jealous of their relationship. They plan to take the life of the monk but the cunning fox has other ideas. The wonderful illustrations add spice to the graphic version of the novel. Beauty and the Beast

Strange things do happen and there is a subtle difference between liking and loving, and this is the lesson the author and illustrators of this novel are giving to the children. The story revolves around Belle, daughter of a merchant, who starts to like a beast and obviously it is impossible to live with it.