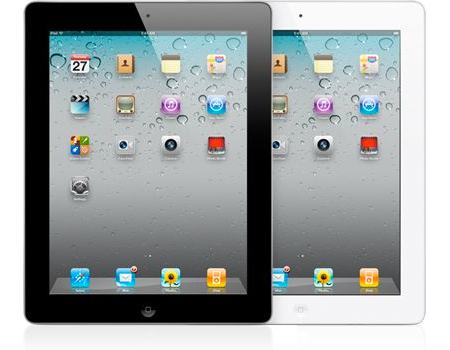 Tablets have become very popular these days and it is being predicted by various IT pundits that they are going to replace most of the laptops and computer by the next decade. Apple’s iPad is the most popular gadget in this category. Like any other product Apple also released an upgraded version of iPad which they named iPad2. To follow are some of the features in this newer model that you can use and see for yourself if the amount of money you spend on it is worth it.

iPad2 unlike its predecessor offers both front and rear cameras. Both are capable of taking still images and capturing videos at 30 frames per second. Rear camera offers 500% zoom feature for still images. Therefore, you have more control while taking your own snaps. This feature is of no use if you have an iPhone or some other smart phone because it is difficult to take snaps through iPad as compared to a smart phone, primarily because of its size.

iPad2 offers connectivity for the networks that offer higher data rates. In addition to EDGE, it works with Quad band HSPA or CDMA. Three types of networks are available to get robust internet connectivity. The high-speed networks are useful for performing various professional tasks efficiently. Various other value added services such as video streaming and web conferencing are also possible.

iPad2 has got a dual core processor with 1GHz speed. The RAM offered is 512 MB which is twice that of previous model of iPad. This is equal to the iPhone 4 which is the most advanced smart phone available. Although resources wise this is by no means comparable to a laptop but we should never forget that it weighs just 601 grams.

iPad2 is offered in different prices that depend on the memory availability and the number of networks that are offered.  A 16GB iPad2 which works with only WiFi costs $499 while the one having 64GB memory with WiFi and 3G services such as AT & T and Verizon costs $829. There are some other variants with intermediate capabilities and their costs lie in between these two values.

The original iPad has been reduced to a very slim and lightweight device. The battery timing is an incredible 10 hours. This is especially laudable if one considers the powerful processor and RAM on offer. It also comes in a number of colors so that the users can make a choice.

The salient features mentioned above are suitable for a certain group of people. For example if you need to run videos through the internet and don’t like to sync the apps with a laptop, then it is better to go for iPad2. Frankly, if you already have the original version of iPad, there aren’t many incentives to buy it, unless of course you have extra needs. For first time buyers, the original iPad is being sold at discounted price, so take time to access your requirements and then select the gadget.