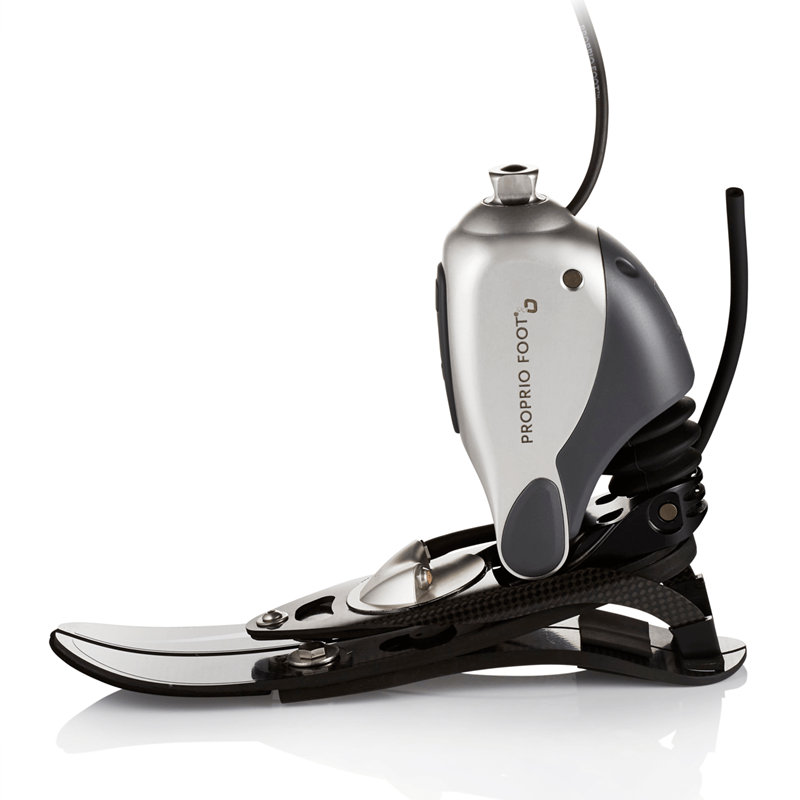 A number of new developments have been made recently in the creation of prosthetics, meaning people who have undergone amputations will be closer than ever to having lifelike control over artificial limbs.

An Icelandic company called Ossur is beginning clinical trials with its brain-powered prosthetics which make use of myoelectric sensors to link the brain and the limb. One example of the new technology being tested is called Propio Foot.

The technology that Ossur uses is almost futuristic and patients can undergo a surgical procedure that lasts just 15 minutes in order to be in control of the new limbs. The prosthetics have virtually no lag between the impulse of movement and the actual movement occurring, meaning that almost natural movement can be achieved. This means that the health of existing muscle can be improved.

In addition, Ossur’s technology has another advantage in that the implanted myoelectric sensors don’t need batteries or an external power source to work. The sensors also shouldn’t need to be replaced for the life of the artificial limb. Ossur has already completed small-scale testing but is now embarking on large-scale testing that will see patients use the limbs in their everyday life rather than just in a laboratory setting. The Icelandic company hopes that the prosthetics will be available to many more within the next three to five years so that a large number of people can take advantage of the exciting new technology.

A separate but equally impressive prosthetic has been created by the Johns Hopkins University Applied Physics Lab- this robotic arm can lift 45 pounds, has 26 joints and is controlled with brain waves in a similar way to a natural arm. In order for these Modular Prosthetic Limbs (MPL) to be attached, patients must go through surgery to remap their remaining nerves at the site. Implants and attachments are then used which pick up brain signals and allow them to be sent to the limb.

The prosthetic arms used at the lab have over 100 sensors and some patients are able to feel texture through their new prosthetic limb. This is because surgery to remap the nerves can make them grow deeper while allowing them to control movements.

The prosthetic has been tested by different patients with different levels of disability and the modular arm can be built up or broken down to accommodate the needs of the patients. It can be used on someone missing a hand or someone missing a whole arm. In addition, people who have lost the ability to move part of their body, such as stroke survivors, can use the arm.

The MPLs cost around $500,000, 10 times more than it should cost if it is to be in widespread use. The brain-powered limbs will also need to gain approval from the Food and Drug Administration if they are to be used in a marketplace outside the lab. This may mean a clinical trial would be needed. Mike McLoughlin, chief engineer of research and exploratory development at the lab, has said that they tried to make the MPL as sophisticated as possible in order to test new ideas and push the technology. But in order to be commercialised the arm needs to be less expensive.

The limb is designed to match a human arm in strength and dexterity and has been developed and manufactured along with HDT global, funded by $120 million in awards since 2006 to help wounded soldiers. The funding was presented by a program that is run by the Pentagon’s Defence Advanced Research Projects Agency.

Researchers and scientists at the lab hope to eventually develop an MPL that will work noninvasively with no surgery or implants required. The Johns Hopkins lab has already started to work with partners so that they can look into opportunities to commercialise the limb. They hope that a version of the MPL will be available on a commercial level within the next few years, but by then it may have rivals to contend with. Ossur already looks to be on the way to commercialisation for its brain-powered prosthetics and there will no doubt be other companies hot on their heels within the next decade.