The Best Wireless Charging Mats For Your Smartphone 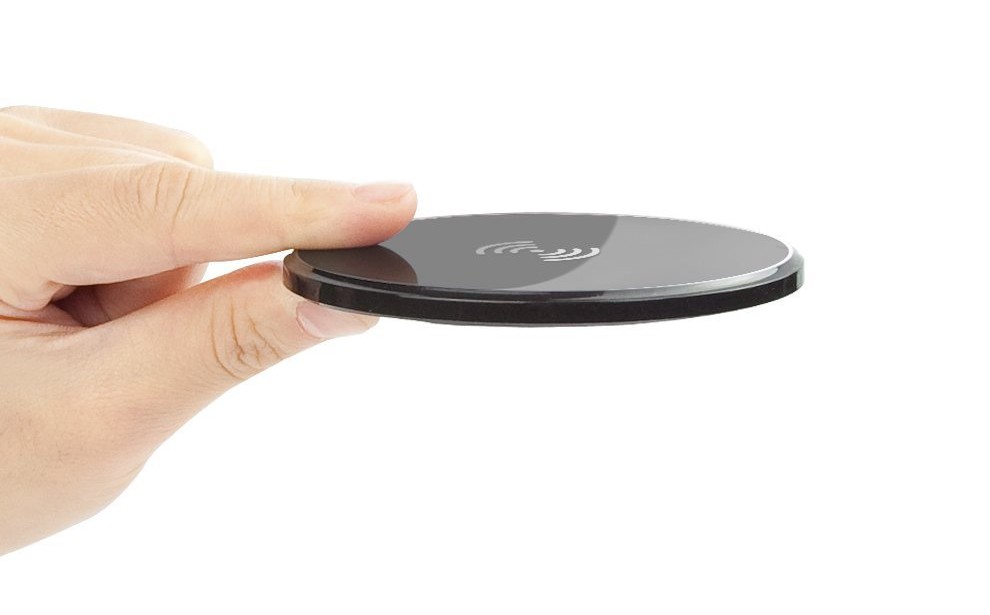 Wireless charging mats and pads charge smartphones and other devices easily and conveniently through a process called inductive charging. Inductive charging uses an induction coil in the mat to create an electromagnetic field that is absorbed by a second induction coil in the device which converts the electromagnetic currents back into electricity to charge the battery.

Wireless power can bring  great advantages to the charging of personal electronics- it is more convenient to place a device on a mat rather than find the correct charger and plug it in, the contacts are covered and so there’s much less chance for damage and corrosion, plus there will be less wear and tear on the device as it’s not constantly being plugged into the charger. There are, however, also disadvantages and one of these is slower charging times as wireless charging mats are currently less efficient than wired chargers and as a result they produce more heat.
While wireless charging was once considered futuristic and expensive, the cost has come down rapidly over the past few years. You can now buy a wireless charger for less than the corded charger and plug for some of the most popular makes of smartphone.

Many newer models of smartphones and some tablets are manufactured with the capability to be used with Qi type wireless charging mats, but some makes such as iPhones will usually need a jacket or case that enables them to use the power from the mat. For this reason it’s recommended to double check that your device will work with the charger you’re planning to purchase. For a great affordable wireless charging pad consider the Choe Upgraded Inductive Charging Pad $22.39, which works with Qi-enabled devices such as the LG Nexus 4 and Nokia Lumia 920. This is a compact and no-frills gadget that doesn’t come with a cable but instead uses your smartphone or device’s charging cable and plug in order to take in power. To use, just plug the charger in and place your device on the mat in the correct position, you will then see a blue indicator light and your device will begin to charge. If you’re looking for something a little more stylish but still affordable, take a look at the Anker Ultra Slim Wireless Charging Pad $22.99 that has a thin shiny design no larger than a coffee cup coaster. This cool wire-free charger comes with a power plug and will charge your smartphone at the fastest possible wireless speed as soon as you place it on the mat, lighting up so that you know charging is taking place. The Anker charger also has a power efficient idle mode that means your phone is never overcharged and the gadget won’t waste power. Reviewed as one of the best wireless charging mats, the RAVPower Wireless Charger $27.99 is a little more expensive but a brilliant choice. This charger has a slim black design and a built in energy saver that goes into idle mode as soon as the smartphone is fully charged or removed from the mat so you won’t waste electricity. The RAVPower charger has an LED light indicator and also comes with a USB cable and wall plug adapter so you can choose to charge from your socket or computer.

Moving up in price there is the TYLT Vu $59.99 which is one of the best wireless chargers due to its functional design and rapid charging. This charger powers phones as quickly as a traditional charger and has multi coil technology which also allows phones to take in power no matter which position they’re placed in. In addition the chair-like design enables you to see and use your phone while it’s charging, which can sometimes be difficult with flat wireless mats. In addition, the TYLT Vu is available in four colours and also has a handy charging indicator light.

The final model on our list of the best wireless chargers to buy is the Mugenizer N11 $69.95. This is an expensive charger but with good reason- not only does it support Qi wireless charging, but it’s also portable and has a 4800mAh battery. This means that you can charge wire-free at home or on the move without having to plug the gadget in, plus you can charge your non Qi devices via the USB socket too! This portable and wireless charger has six coloured LED lights to indicate how much battery power is left and is a great option if you want the ease of wireless charging with the convenience of a portable charger.