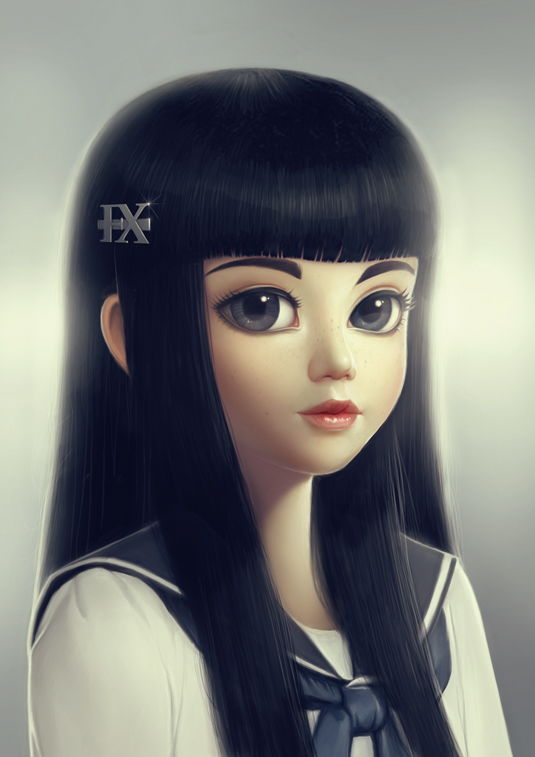 Manga and anime often use similar styles of characters, however manga is a comic book while anime is an animated TV show or movie. The styles of manga and anime characters tend to have exaggerated facial features such as large eyes, with a small nose and small mouth. These Japanese style characters are very distinctive, but how do you learn to illustrate them digitally?

Drawing and painting manga characters is easy once you’ve followed a tutorial that can teach you all the techniques you need to know in Photoshop, Illustrator or another program. Even though some may be manga tutorials and others anime tutorials, you will be learning essentially the same types of techniques for both in their still illustrated format. You’ll learn about brush techniques, colouring methods and  new skills for creating vector artworks and illustrations. When you’re ready to learn how to create your own manga characters, take a look at the 15 brilliant tutorials below.

Linework and Shading For Manga Artworks

In this great manga tutorial for Illustrator you’ll learn how to speed up your linework and shading for manga characters. See how to trace quickly in Illustrator and add depth by using gradients. Part one of this tutorial will teach you the basic skills for creating a vector character in Photoshop including how to create a clean sketch then how to turn this into line art. In the second part of this tutorial you’ll see how to colour your line art character using the cel shade method which is popular for manga and anime. This simple Photoshop tutorial for drawing anime style kids is easy to follow and will teach you some beginner’s techniques to create and colour your artwork. This tutorial will teach you how to build a simple chibi character by using the shape builder and pen tools in Illustrator. This is a great way to learn manga drawing techniques to create your own chibi. How To Colour Manga Line Art

In this tutorial for Photoshop you’ll learn how to colour manga and anime line art and scans. This is a great tutorial to see how to use shading, highlighting and more when colouring your manga characters.

Drawing Manga With a Touch Of Realism

This quick and simple tutorial will give you some tips on how to add realism into your manga and anime designs in Photoshop. Drawing a Manga Face For Beginners

Using Corel Painter 2015, you’ll draw a man’s manga style face so that you can get to grip with this style. This digital painting tutorial is great for beginners and those who are new to Corel Painter.

Manga Girl Drawing and Colouring Tutorial
This great manga illustration tutorial for Photoshop will teach you how to draw and colour a girl character in manga and comic book style.

This cool manga video tutorial will teach you how to create manga and anime style eyes in Adobe Photoshop which is helpful as the eyes are one of the most important features of manga characters.

Learn how to create an anime style angel vector illustration in Photoshop with this advanced tutorial that will teach you all the steps used in creating the artwork. How To Create Vector Anime in Illustrator

This video tutorial is part one of five and will show you in depth how to create vector anime in Adobe Illustrator starting from a reference image.

In this beginner’s tutorial you’ll learn how to create an easy anime in Illustrator using simple to follow techniques.

This cool PDF manga tutorial for Photoshop and Illustrator will teach you how to create two manga characters by combining drawing techniques. This is a helpful advanced tutorial for those who know how to use the programs but would like to get started in created manga characters. Learn how to create a simple but effective slick character using this anime Photoshop tutorial which will teach you using the ‘line by line’ technique and the brush tool.