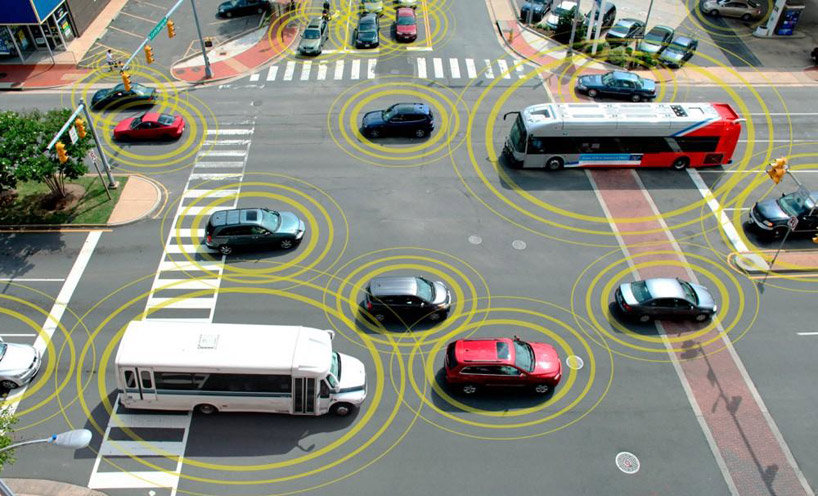 America’s Department of Transportation has stated that it wants cars to be able to talk to each other sooner rather than later. Secretary Anthony Foxx recently announced that vehicle-to-vehicle communication will become a necessary feature for newly manufactured cars before they’re allowed to be driven on the road.

At a speech given in Silicon Valley, Foxx said that he wants the government to make it easier for the new legislation to be put into place so that the program can start to be implemented. He is working alongside the FCC to make sure that the 5.9GHz spectrum is tested under all conditions and so can be ready to be implemented when the technology reaches the roads. However he doesn’t expect this to happen for the next few decades.

Vehicle-to-vehicle communication (V2V) will see cars constantly talking to each other on the street in order to warn drivers of a crash or accident before it happens. This will help drivers to be alerted of dangers that they can’t see and so can prevent accidents due to blind spots or sharp bends that impact the field of view. Foxx hopes that a combination of V2V and driverless cars will help to reduce accidents and incidents in the US.

The US government has been leaning towards this decision for many years. After years of testing and trials in Ann Arbor, MI, the government is ready to make V2V compulsory and will prevent anything from getting in the way of making the plans a reality. Last year, the National Highway Traffic Safety Administration announced that it was to start taking steps to implement the new technology. At that time, the agency was analysing data gained during the Ann Arbor trial and it wasn’t known if there was a timeframe for legislation being put in place nor for the technology to start to be seen on public roads.

V2V systems will allow cars to communicate with those around them, telling other cars information about their position, speed and direction. This will allow cars the intelligence to alert drivers when there is danger heading their way. The government eventually wants the V2V systems to be integrated with ‘automated collision avoidance technology’ and autonomous cars, but for the moment it has plans only to use passive systems in newly manufactured cars.

The systems won’t communicate any personally identifiable information on the car which the signal has come from apart from basic safety data about its whereabouts. The National Highway Traffic Safety Administration is also hoping to implement layers of privacy and security protection to make sure that all data is reliable and can’t be mis-used. In this way, the government won’t be able to track people using these systems and they seem to be more for the benefit of the driver than any business such as an insurance company.

The news comes at the same time as new EU plans to install black tracking boxes in every European car by 2018. The law, passed in April, makes it compulsory for all models of car and small van to have tracking devices that alert the emergency services if there’s a crash, sending details such as the location, time, direction of travel, scale of impact and whether the airbags have been deployed. The box will also allow people to press a button to call the emergency services if they’ve seen a crash happen between other cars.

The boxes, named eCall, could reduce emergency service response times by 60% in cities and 50% in the countryside, reducing deaths from road traffic accidents by around 2,500 per year. The boxes are likely to cost around $112 to install, which will be added to the cost of new cars. There have been concerns over these new laws that the costs may outweigh the benefits and companies may be able to get their hands on data being transmitted by each car. However, the EC has said the device would not share data without consent and would be ‘dormant’ unless an accident happens.

While there is a big difference between the devices proposed for the US which aim to prevent accidents and the eCall system to be fitted in European cars which aims to help passengers once an accident has happened, they will both be used with the premise of making the road a safer place to be.