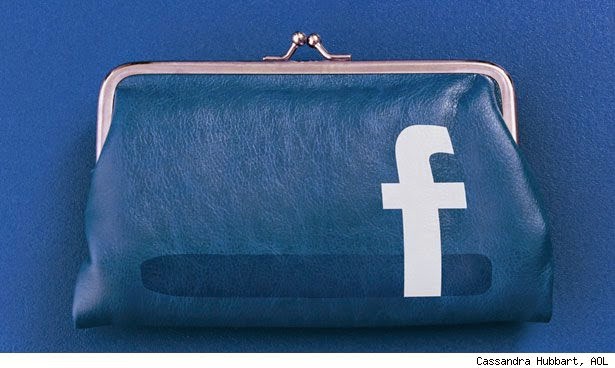 Facebook has announced that its Facebook Messenger app will soon include a money transfer service, accessible easily from the chat screen. The service will be free to use and users will be able to both send and receive money through the app. In order to send money to a friend, they will need to tap a small button that’s accessible above the keyboard, add a Visa or MasterCard debit card and then choose an amount.

This new transfer service will mean that Facebook can begin to compete with money sending services like PayPal which already have an easy to use app. Transfers are said to be protected through layers of software and hardware that keep card details secure.

The feeling from many is that the service will add a new level of convenience to Facebook Messenger as you could pay someone instantly for the tickets for a holiday or activity you’re planning, or lend them money before a night out. This makes the system particularly good for young people who can transfer funds to each other while chatting without having to log in to their online banking account. However the word on the street, especially from users who have seen Facebook grow over the years into a platform of annoying notifications, spam and advertising, is that they don’t trust Facebook enough to give the network access to their bank card details.

Nonetheless, the real security issue is not with Facebook’s handling or encryption software, but in the actual ease of use of the system. Apart from young teens possibly going overdrawn by lending money to their friends, the amalgamation of chat system and money transfer puts people at target for online grooming.
The rise in online grooming for money is not targeting young internet users, as you may think, but the older generation. With recent schemes to help older users get online, many are now adopting smartphones and social networks like Facebook in order to stay connected and pass the time. It’s not unusual for people to meet new friends online, through message boards, dating sites or other websites, and meeting or keeping in touch with online friends is easy through a network like Facebook.
Scammers set up fake profiles using fake photos and often have fake Facebook friends too. The same person can set up profiles on a range of social network sites in order to make them look more genuine, all the while posting someone else’s photos. Lonely members of the older generation can often get close to people online, believing the person is who they say they are and being led along by a stream of lies created to make them seem trustworthy. The online friend then suddenly asks for money, maybe for a sudden serious health condition, to help their family or maybe so that they purchase a plane ticket in order to meet up.

This type of online grooming and scamming isn’t new, but a simple to use money transfer system will make it even easier for scammers to get their hands on victim’s cash as they’ll be able to ask for and receive it right in the chat window. This makes Facebook Messenger more of a risk for those who still don’t quite understand the internet or how to stay safe online, and it has long been known that those who are isolated or lonely are most vulnerable to this type of scam.

We would hope that Facebook has measures in place to be able to avoid and overcome any potential scams and fraud that may take place through their transfer system. This may be one of the reasons the Messenger app will only allow debit cards and not credit cards to be used to fund the transfers.

[leaderboard_ads]
The service will initially only be available in the US and it has not yet been announced when the it will roll out, but more details of Facebook’s security measures will most likely be available closer to the service’s launch.