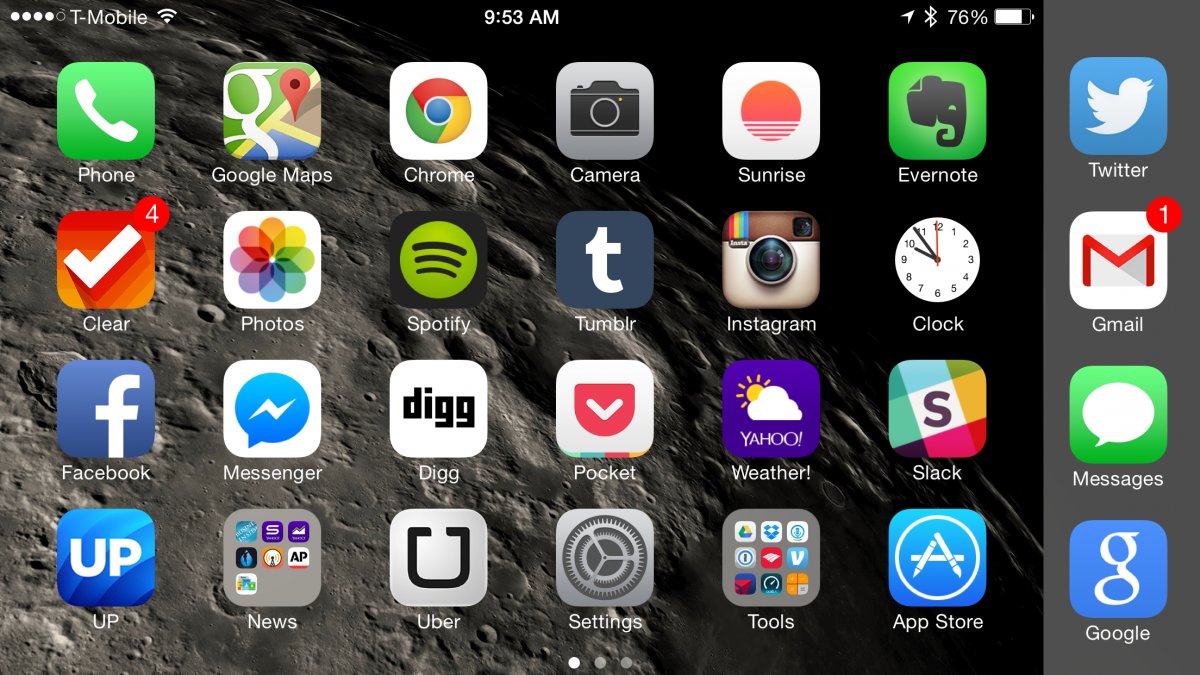 Its nearly that time again when all Apple iPhone and iPad users aniticipate what new and innovative updates that have made to the famous iOS. Come June 2015, Apple will likely introduce their 9th version which will no doubt ignite a lot of debate.

Here we have put together 5 ideas that we would like to see within Apple’s new iOS9. One of the most popular criticism towards Apple products is their battery life. Despite the actual pieces of technology working extremely well and often being leaders in the field, the battery life within these devices are often slated. However, there are ways round this debate including adding a power saving or economic mode where less battery is used even if it then means certain apps are disabled. I think this would be greeted with a very positive response as this is an issue that is very high up on the list of Apple device issues.

This issue has not been ignored by Apple as they were seen to try to combat it with the release of OX Mavericks by including battery saving techniques but unfortunately this was only applicable for macs.

Anyone that owns an Apple device will know that after setting their device up they are greeted straight away with a range of staple Apple applications. These applications are sometimes really  useful and essential such as messages which is highly used but it also includes some less essential applications such as Stocks, Health, Compass, Passbook and Newsstand (to name but a few). We understand that these applications are extremely subjective, for example you might check the Stocks daily and like to keep a track of which direction you are heading with the compass but on the whole they are often very overlooked and pushed to the side.

If we could change anything in the new update is to be able to remove these apps in order to clear up space on the device (especially for the 16gb iPhones and iPads). We think it is a nice touch when you first get an Apple device as an easy means of coming to terms with it and having a play but other than that, they should be enabled to be removed at the users discretion. Those that already own an iPad or iPhone 6 plus already have this luxury but we would like to see landscape view’s for all Apple devices when looking at the Apple interface. This would add nice element of synergy as most applications allow for both portrait and landscape views.  In addition, despite the smaller screens, this would be a nice touch that adds more depth in the Apple interface.

This is the kind of addition that would feel very natural and like it was already an element to the home page, which is a sign that it work very well as an added feature. Apple contains tons of settings to adjust, customise and generally make your device work better for you. The control centre was a brilliant addition when iOS 7 was released with helpful tool such as music controls (pause, volume and direction), flash light and rotation but good features sometimes need more work to become great and we feel this is an area that could need just that. Apple could draw from the vast amount of settings options to make the control panel more extensive and useful in order to suit people going about their day to day lives. Another alternative to this is allowing the users to build their own control panel to suit them, as some people are bound to find themselves using a flashlight more than others! When Siri first became popular it was very much a fun feature that couls be argued was misunderstood. However, voice recognition and command is becoming more and more popular with Apple’s rivals making their answer to Siri highly efficient, useable in daily and mostly fun, whereas Siri has become somewhat ‘old news’.

For the new update we would like to see the hype around Siri grow once again and be used how it was initially intended. Another improvement we would like is for Siri to become more advanced and live up to the ‘virtual assistant’ that it was created to be. Due to Siri having no memory it makes it difficult to feel confident in this tool as you may find it somewhat repetitive.