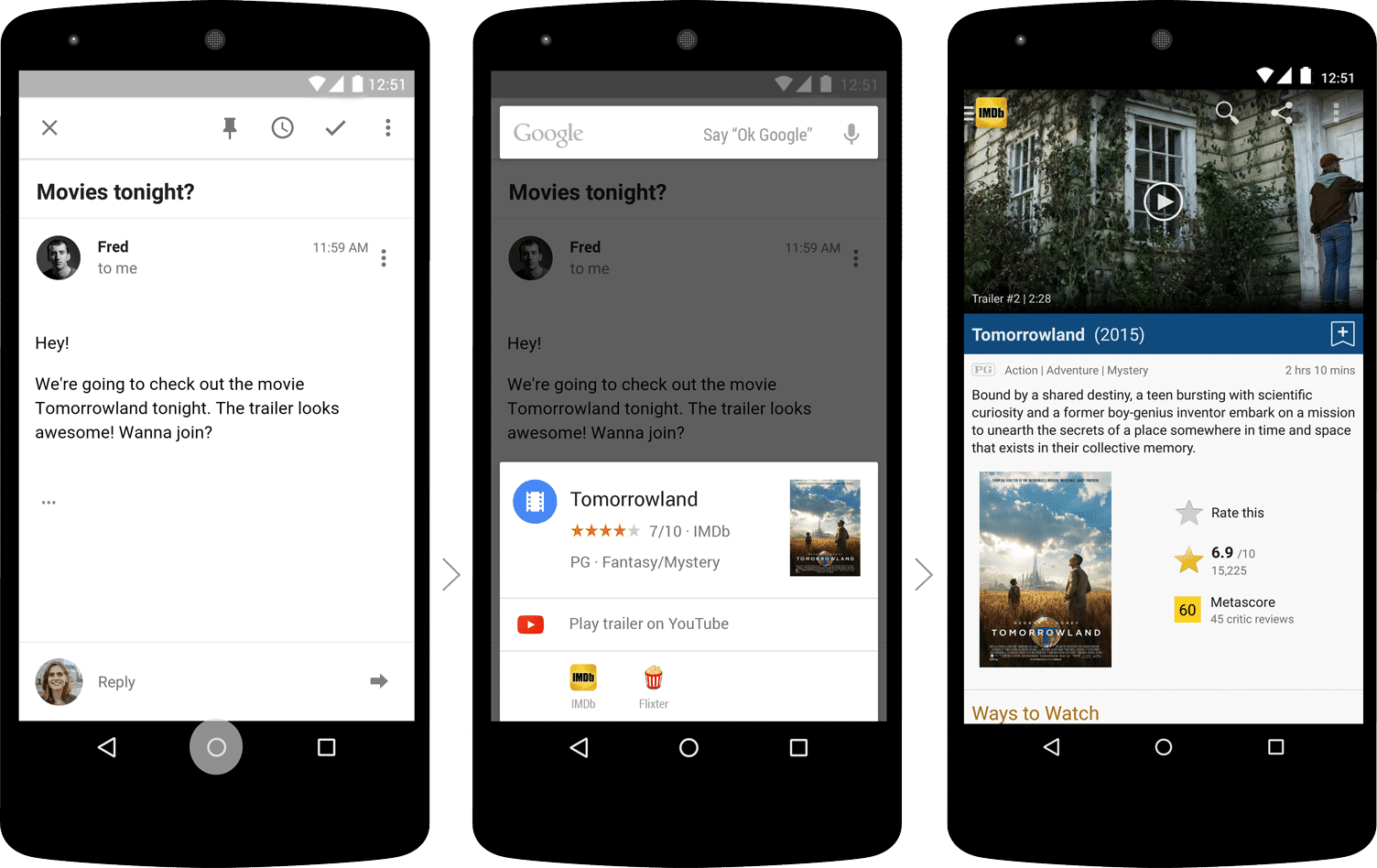 Google I/O 2015 is over and done with and once again Google has surged the world of technology forward quite a few steps, showing us some great technologies that will excite consumers and developers alike. Over the past few years, Google keynotes have competed well with Apple keynotes, offering many exciting prospects for developers of the next generation technologies.

At this year’s I/O Google didn’t exactly announce any new products but a few new services that take them into new categories and forward the continuing trends within technology. We have decided to narrow the many announcements to the top 5 to let you know what to expect from Google over the next few years. 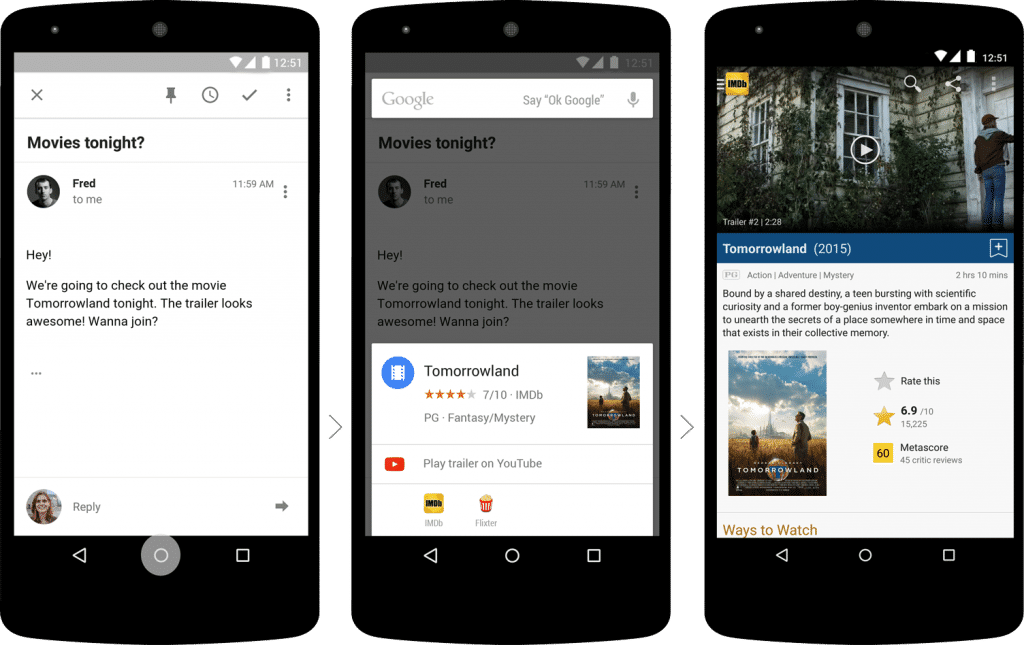 One of the biggest announcements of the I/O was the introduction of the next evolution of Android; something most of the viewers were interested in finding out about. Android ‘M’, as it is known, is a developer version of the next version of Android that introduces some new features and polish to the largest selling operating system on the planet. Android ‘M’ introduces features such as Google Now on Tap, better battery life, support for USB-C, improved linking between apps, support for fingerprint recognition and vastly improved app permissions. Despite Google Now on Tap being the only major innovation, Android ‘M’ is definitely an operating system that Android owners should look forward to. We will discuss these features more in another post. 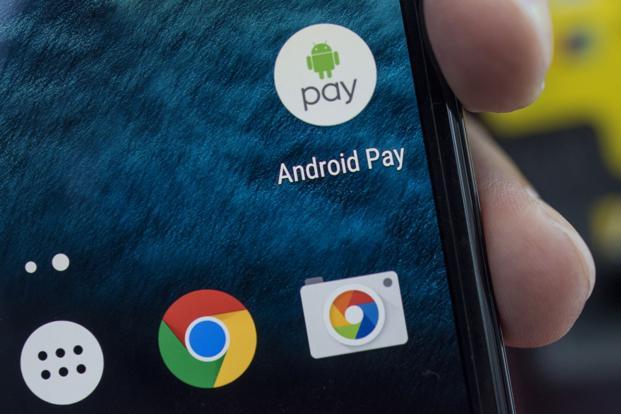 Apple introduced Apple Pay and so Android have brought out Android Pay. The concept is almost identical to the Apple Pay concept but with a few more benefits. Android Pay allows you to basically insert your different payment methods into the application, then using the NFC built into the majority of mid to high-end Android smartphones, you can tap the phone onto a wireless payment device, insert your password and your done. Android has a few benefits to it’s Apple competition in that a lot more phones support NFC than the minimal support of the iPhone 6 and 6 Plus. Also, Android Pay has incorporated such additions as the ability to have rewards from connected rewards programmes too, adding a bit more of an incentive to use the service.

Something we weren’t expecting to see anything from this week at Google I/O was virtual reality. Virtual Reality is the biggest name alongside smartwatches in technology at the moment and despite its huge growth, it’s been more from gaming companies such as Valve, Microsoft, Oculus and such. However, Google introduced their next version of their Google Cardboard project which is an open-source virtual reality concept. Google build some apps for the devices, build a basic headset made from cardboard and developers and manufacturers do the rest. It’s a very casual take on virtual reality, not looking into complicated hardware but more into the sheer enjoyment of Google Cardboard. 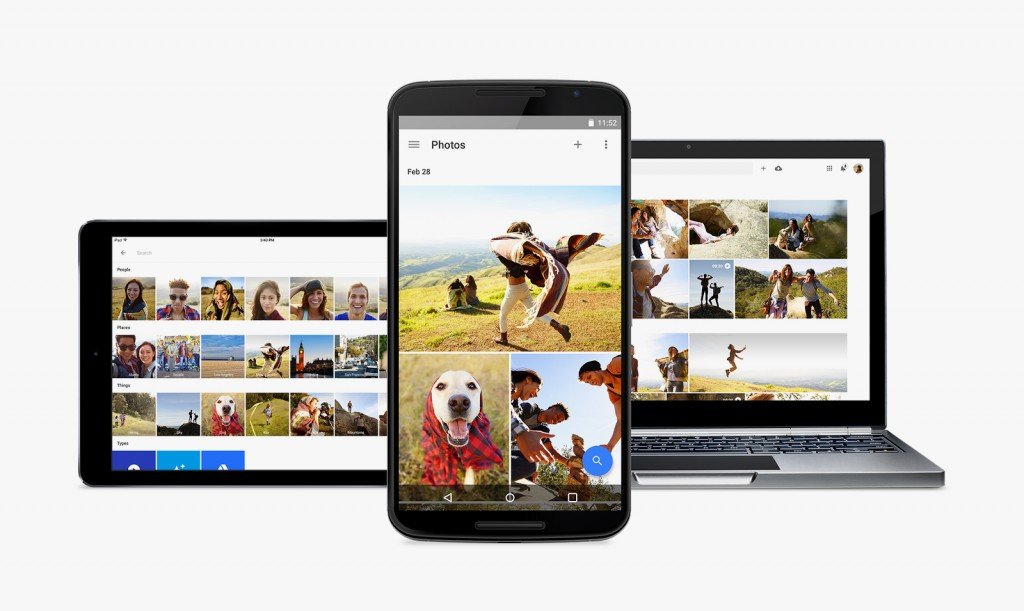 Google over the past couple of years has really expanded upon the Photos side of Google+, making it arguably the best place to store your photos. Rumours surfaced of the service becoming so popular and well produced that they would split Photos from the Google+ identity and make is its own thing. That’s exactly what happened at I/O 2015 with the announcement of Google’s new Photos services and apps. The Google Photos of 2015 is simply incredible. You can upload your photos automatically from any iOS or Android device, the service will then order them chronologically. You can also use the incredible and powerful search to look for images based on location, objects, colors, people, things and so much more. Plus, it still has the clever ability to make collages, animations, stories, videos and more from your photos meaning you don’t have to. 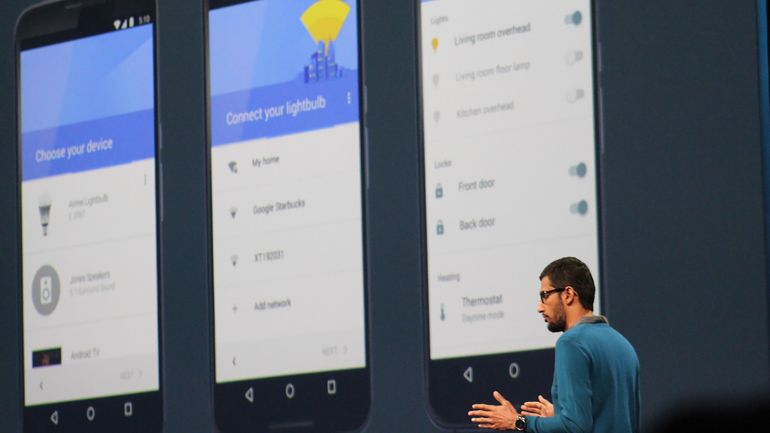 Project Brillo was an announcement from Google that didn’t exactly introduce any new services or products but offers up a great look into the future of the ‘internet of things’ from Google. Project Brillo is an initial idea that Google want to offer the ability to have your phone be the center of your home and everything around you. Meaning you’d have a user interface that was recognisable and could control your home. For example, a recipes application with a simple button to turn on the right part of your oven or a central home application that could turn off/on/up/down your heating, open your garage or unlock your front door. It’s only an idea right now, but one that makes a lot of sense and would make the ‘internet of things’ a more fluid and natural idea.