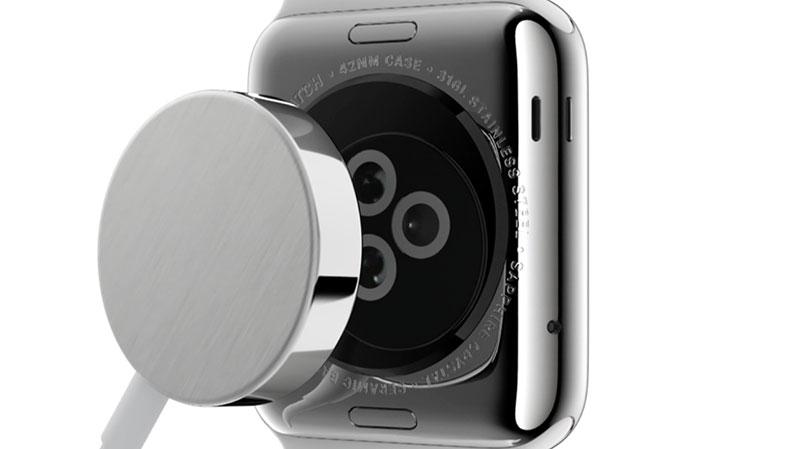 So the Apple Watch was released a few days ago to the sound of many different comments, reviews and opinions on Apple’s latest stand-out product. It’s come to the exact same audience who questioned the iPad at first. Surely the iPad is just a big iPod Touch, who needs that? Surely the Apple Watch is just a phone on your wrist, who needs that? That’s a question Apple answered themselves with the iPad, you don’t need it, but my god, you’ll want it. As with the first generation iPad, the Apple Watch has come under scrutiny for being slow, feeling like a beta product and still needs Apple to explain why people should buy it.

However, one thing that intrigues us here at Geeks Zine is how the Apple Watch might influence the future iOS devices and especially the iPhone 7 that is expected to be released around the summer sometime. The Apple Watch brought it with some confusion as the UI is quite different from anything it’s produced before, the ethos of how you’re supposed to use the device is completely different before and the technologies are more advanced too. So let’s have a look at 5 ways the Apple Watch could influence future iPhones. Unfortunately, this feature has nothing to do with Star Wars and cannot promise you Jedi powers. However, it is a new type of technology that was also implemented within the new MacBook Apple announced at the same Keynote. Force Touch is the idea that you can have two forms of touching your device, one is a regular tap and the other is a more forceful push of the device which causes an alternative action to happen. When it comes to new iPhones, this could be used to replace the long hold for many things such as rearranging/removing your app icons and other things. There’s plenty of different ways Apple could use Force Touch; let us know in the comments of ways you’d like to see Force Touch used on the new iPhones. The Sapphire Display that Apple introduced with the Apple Watch is said to be ‘the second hardest transparent material after diamond’ this is a strong claim and one that the Apple Watch’s display so far has done well to stand by. A lot of rumours circulated around the iPhone 6 having the Sapphire Display as it would be a natural evolution for the device, however it looks like Apple wanted to keep that as a feature on their Apple Watch. However, we would be far from surprised to see the Sapphire display brought into the iPhone 7. Let’s talk a little about the Apple Watches’ UX, it offers up a basic screen where you can kind of roll around your apps and select from there, but you’ve also got a ‘Glance’ screen that allows you to view pre-selected bites of information at a “glance”. This is a feature that works perfectly on a Watch as it allows you to see stocks, the weather, sports scores and more without having to root around within apps to find them. This is a feature that makes a lot of sense to bring to phones really. Imagine being able to swipe left on your home screen and seeing different boxes of information that you’d pre-selected from a built-in extension allowance that Apple allows apps to use. This would eradicate the need to unlock your phone, find the app and select it to see the weather, or to see what the current Lakers’ score is, or to see how Google are doing on the stock market etc. This is a technology that has been around for a while and we’ve seen Android phones implementing it for a couple of years now; the idea of wirelessly charging your phones is the present everybody. It’s an idea that has been around for a while, but one that no one has REALLY taken in their stride yet by introducing it to the mainstream. The new Samsung Galaxy S6 has the ability to wirelessly charge and the new Apple Watch has a magnetic clip to the back, which makes it far easier to charge than other iOS devices. We wouldn’t be surprised to see either some form of magnetic clip-charger or full-wireless charger come to future iOS devices. It is very much like Apple to see something Android does, take it, make it sound cooler and then everyone suddenly realises it’s a thing. *Cough Cough* the smart watch and NFC.

Smarter Design of the UI With the introduction of iOS7, we saw a flatter and more modern Apple, however, we also saw, what some people considered, a quite youthful looking set of UI icons. The Apple Watch however, comes with a far more grown-up colour palette using blacks with white outlines. Now we’re not saying that Apple are going to redo it’s UI design quite yet as they just released Yosemite for Mac which follows in the same footsteps, however it is likely that they’ll take some cues from the Apple Watch design and try and polish up iOS9 a little bit to have a more of a UI synergy across the two devices. Especially considering they work together!