DSLR – The Main Tool of a Professional Photographer 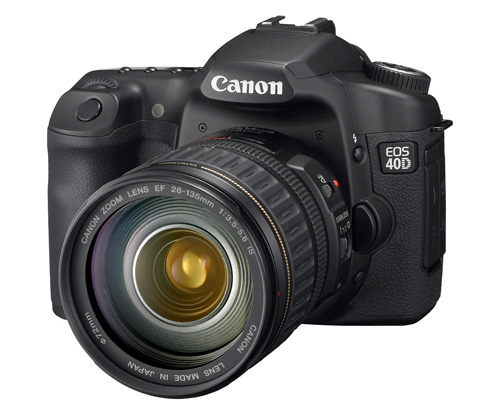 Photography involves many people with applications in a lot of professions such as graphic and web designing. With the evolution in camera technology taking quality shots isn’t that tedious now. Most of the photographers are hobbyists largely owing to its relatively low returns as compared to other professions. However, there are many people who take photography as a full time profession. Those folks need a lot of equipment and software and one thing most of them should carry is a DSLR camera. Digital single-lens reflex cameras have a clear superiority over ordinary camera in various aspects. Some of the reasons for which it has become the main tool of a professional photographer are as follows:

Unlike other point and shoot cameras which have become common largely owing to other technology gadgets like smart phones, a DSLR camera will be a symbol of professionalism. You will need to carry it around your neck whenever you are at work.

If you want to capture the snap in a speedy environment, DSLR camera is the perfect gadget for it. It has a response of fraction of a millisecond. The shutter mechanism is responsible for such quick action and is free of unresponsive or slow response of a compact point and shoot camera.

DSLR camera has big sensors. The more the amount of light falls on the sensor the better the image quality gets. With bigger sensors the area available for collecting light is greater as compared to ordinary ‘point and shoot’ cameras.

The DSLR cameras are more reliable not only in terms of quality but also in terms of operational capabilities. They have much longer battery timings thus saving you a lot of time in running in circles when your camera’s battery is dead. Viewfinder in the DSLR gives you a clear view of what is going to be shot as opposed to LCD which is not visible in bright sunlight.

It might sound strange to some but DSLR are more economical in the long run. It is thus an investment worth making! Professional photographers need to upgrade their equipment every now and then. With DSLR you have the flexibility in choosing the required parts. Compact cameras are buy as it is, and we all know how fast paced the technology change is.

When you use DSLR camera there is a greater control of depth of field on offer. You can control which part of the scene to focus on more than the other parts. If you are not sure how to control such settings, you can still use the default settings options. You might have noticed some pictures in which the required feature is more focused and clearer while the rest of the image is blurred; such photos are taken by professional photographers who carry a DSLR.

Flexibility with the Lens

Lenses define the quality of photographs taken at different occasions. The ‘one fits all technology’ in other compact cameras isn’t that mature to answer the requirements fulfilled by a lens specific for a certain event or photos’ category. The main elements to consider while choosing a DSLR lens are the focal length, maximum aperture and zoom. You may want these parameters to be variable or fixed in a lens.

DSLR camera should always be the primary choice of a professional photographer. Compact point and shoot cameras are easier to carry but should always be considered as a back up. So if you are one passionate photographer and want to capture this world with the eye of your camera’s lens, it is a DSLR that you should point to when reached by a sale person.