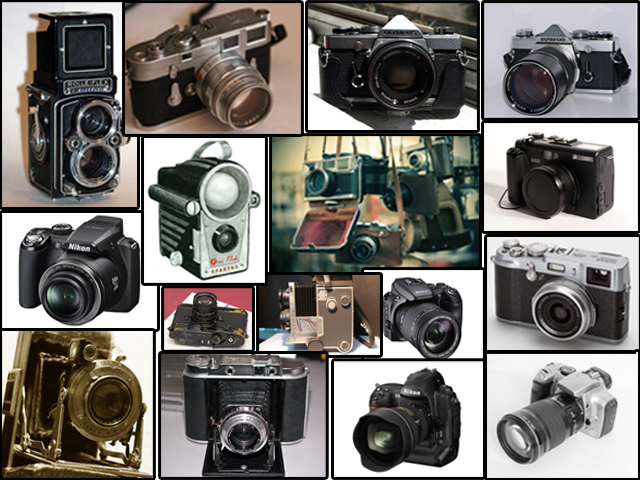 Today photography is a well established field. Some people adopt it as a hobby and others as a full-time profession. The sophisticated technology that has evolved with time has made it possible to view even the minor details of a nearby or distant object. Not only technology but also as an art, photography has taken giant leaps in applications and perception aspects. The digital cameras and DSLR’s we use today are a product of ideas that were born in the minds of geniuses almost two centuries ago. So it is good to know the history and evolution of photography before taking more steps forward.

Wet-plate technique was used to create sharpness and got more acceptance. Around 1880, roll films started to become commercially available. A bank clerk known as Eastman launched the Kodak camera. It could make 100 photographs and made possible for general public to shoot photographs. By the end of the century there were plastic films available which were coated with thin emulsion and didn’t need paper for support. The biggest achievement of this century in the photography world was the invention of Rodinal, which is a well-known development concentrate.

Just after the turn of century in 1907, color films were launched. The screen filter used dyed potato starch. However the cost was too high – twelve times the black & white counterpart. In 1935, Kodak launched a three-layered film. Red, green and blue – the three primary colors were screened by them. The concept of separate shooting and developing remained at large till the late 1940s.

Until late 1970s, the approach was to increase the film’s rolling speed to increase quality. One had to take into account the amount of light and the direction before taking shots. Flash technology solved some of the problems. The real twist in the photography industry came when digital cameras were launched. The roll films disappeared and built-in memory took its place. Soon afterwards, features such as zooming, contrast and shades became popular. With an increase in usage of hand-held devices, cameras started to get embedded in them.

The basic principles of optics were set long ago but the real photography history is just two hundred years old. Some notable names from the earliest inventions are Daguerre, Talbot and George Eastman. Two Frenchmen Antoine and Louis Lumiere are given the credit for color photography.