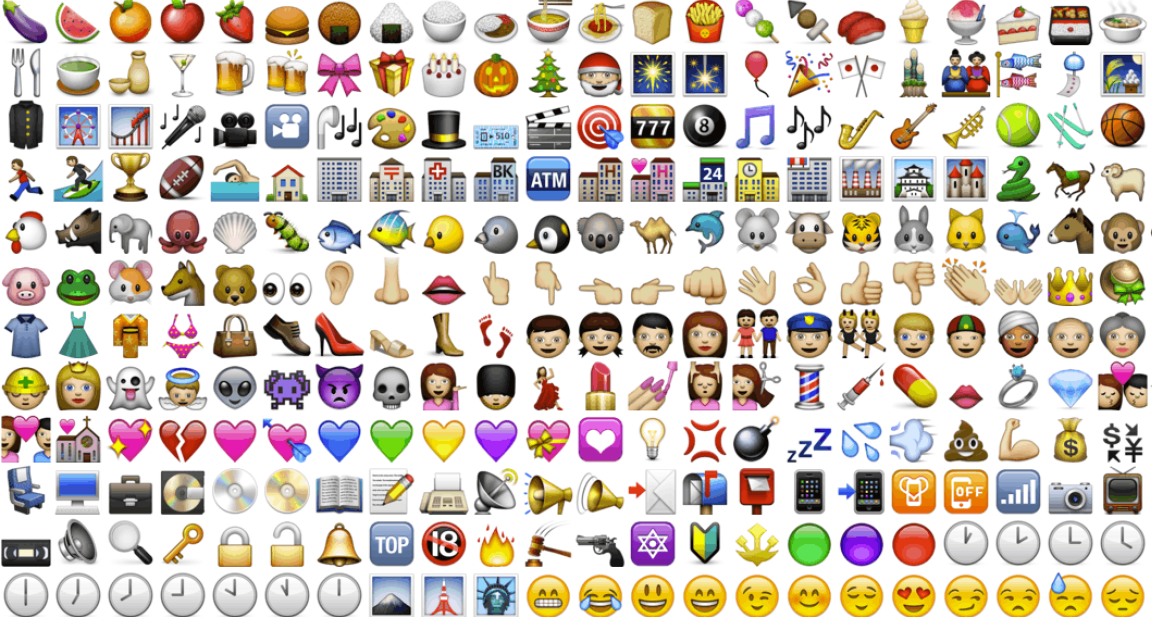 Instagram plans to use computers to work out what emojis mean, as their use on the site continues to grow. In many countries, emojis are included in the majority of posts on the site and Instagram want to work out how and why they are used in order to understand the small symbols.

At first the emoji keyboard was hidden on Apple iPhones as an extra option as part of the Chinese keyboard options, but after it fully arrived in 2011, Android support was not far behind. The emoji keyboard is now a native part of the keyboard on iOS devices and almost half of Instagram comments and captions contain the symbols. Last week, Instagram even added hashtag support for them, meaning that users can type and search hashtags of emojis instead of words. There are already over 314,000 posts contain the red heart emoji hashtag.

Instagram now says that it is using the large amount of data they collect about their use to work out what the emoji mean. By defining the words that are used near or next a next to an emoji, such as ‘lolol’ near the crying with laughter face, Instagram will use computers to try to understand what the symbols are being used to convey.

Thomas Dimson, one of the Instagram data team’s software engineers, last week wrote that it is a “rare privilege to observe the rise of a new language”. He goes on to say that Instagram hopes to learn the “hidden semantics” of emoji by using machine learning and natural language.
The site is hoping to work out which emoji are usually used near one another, which emoji is used near what words and what words are substituted for which emoji. For example swimming costumes and sea animals are often used near one another, as are shoes and handbags.

Dimson has observed that emoji use has increased while internet slang use has decreased, and the small symbols are becoming a “valid and near-universal method of expression” that can span across many languages. He also says that Instagram are able to discern representations of both words and emoji together which helps it to understand the characteristics of similar symbols.

Furthermore, Instagram has released data on which countries use emojis the most in their posts on the photo sharing site. Finland came top in the rankings with 63% of posts coming from the country using emoji. France was second and the UK third with 48% of posts containing the symbols. Tanzania came towards the bottom of the list with just 20% of posts containing emoji. In addition to these stats, Instagram has posted information about what is usually associated with the symbols, for example the yellow heart is defined by words and images about spring.

Instagram is not the only company to look into the use of emoji to better understand them. A recent study looked at the way Americans used emoji compared to the Japanese. They found that Americans tended to be direct and literal with their emoji use, while Japanese speakers used them as decoration or as a code for the recipient. Another study named ‘A Linguistic Study of The Understanding of Emoticons And Emojis In Text Messages’ found that text needs to accompany emoji at some point in the conversation for them to make sense and that emoji are used to make text easier to understand 70% of the time. 69% of the students in the survey said they used emoji because they helped them express emotions.

To some it may seem slightly baffling that so many studies are being conducted, even by a company as big as Instagram, to work out why people use emoji when they are essentially self-representational symbols. For many, understanding emoji and their use is quite different to trying to understand words from another language as the emoji represents what you are trying to convey visually, although it can be interpreted in different ways by the accompanying text or image.
Fred Benenson is a member of The Emoji Translation Project which is creating the first text to emoji translator and has translated many documents into emoji. He created an emoji translation of the book Moby Dick along with a page from the White House big data report.

While the language of the internet is changing, its unclear what exactly an emoji translator will actually be used for, as those who use emoji for self expression in their everyday lives are likely to already to be fluent. We await the full results of Instagram’s study to see how it integrates the data into its products for the future.