New Microsoft Site Predicts How Old You Are 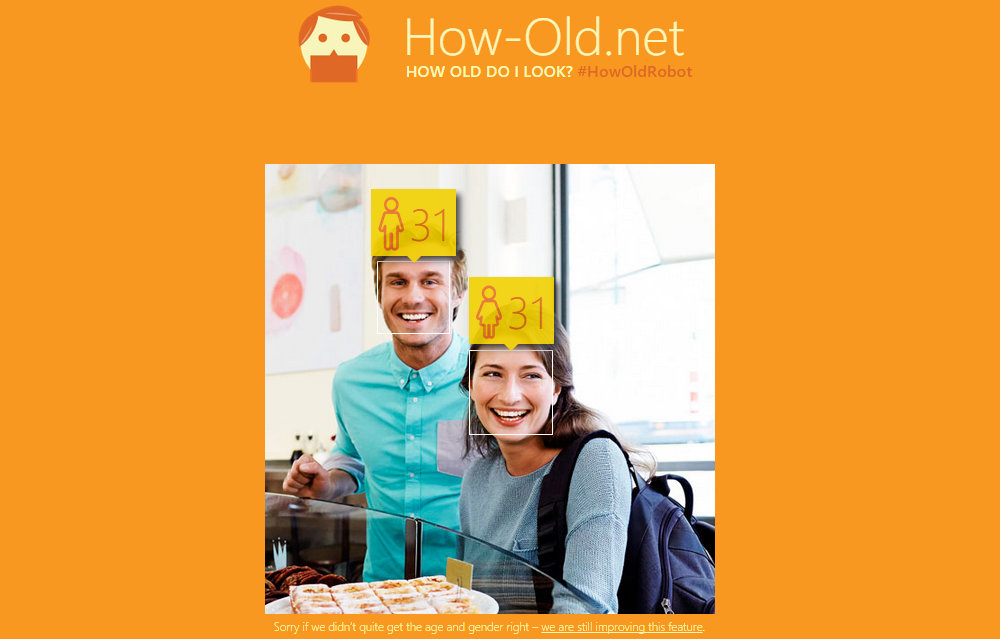 Microsoft has created a new online tool that judges your age through images you upload to a website. The How Old site gives you an almost instant answer along with a gender prediction for your image.

Microsoft is using machine learning and face detection APIs to better understand the photos of the internet and hopes to obtain real time insights about gender and age through the photos that are uploaded to the site. Users can upload as many images as they like to the site as long as they are under 3mb.  The face detection portion of the How Old site uses an API from Project Oxford, a Bing and Microsoft Research project. Alongside this, the group that created the site used the Bing Search API to make the application more fun and engaging.

The machine learning group originally emailed a few hundred people within the company to tell them about the site, as it was meant to be a small and quiet project. However, news of the site spread quickly, much to their shock, and within three hours 35,000 people has used the site, uploading over 210,000 images. Over 29,000 users within the first three hours were from Turkey- word had got out via tweets.

The popularity of the site it likely due to its amazing accuracy- upload a clear photo of your face and the site will instantly tell you how old it thinks you are, which is correct (or very close) for most people. The software isn’t yet perfect and my own photos have been subject to a discrepancy of around 10 years, but most guesses have been correct or very close. The site has a built in apology after every age guess which reads “sorry if we didn’t get the age and gender right- we are still improving this feature”.  The algorithm that detects and assigns information to the faces in photos, the Microsoft Azure Face API, can detect one or more faces, verify if more than one face is from the same person, as well as detecting the gender and approximate age. Microsoft engineers have admitted that the API isn’t always accurate with age and so maybe a user input button on the How Old site would have been useful to collect data on the amount of wrong answers it gives and allow it to be improved. 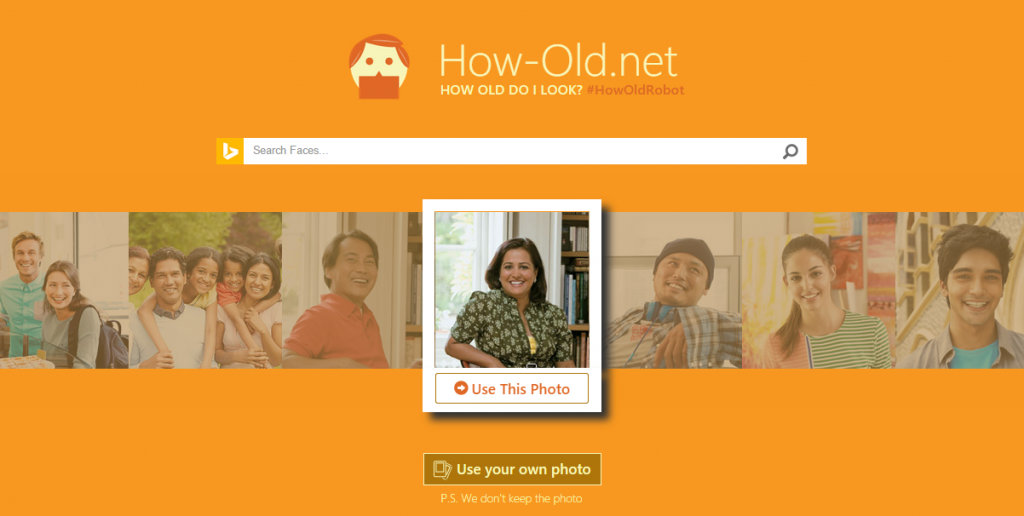 In addition to the now viral popularity of the site, the group of Engineers in Information Management and Machine Learning at Microsoft who created the site may also be surprised that users are uploading their own photos rather than random found images. The fact that people were uploading multiple images of themselves prompted some media sites to look into the terms and conditions laid out on the site to determine if there were any privacy concerns.

A number of these sites reported that the terms and conditions of allows Microsoft to publicly display, reproduce and edit the images along with publishing your name in connection with any images you upload. An extract from the terms of use which cover their Azure computer learning division state that while Microsoft does not claim to own any submissions, “by posting, uploading, inputting, providing, or submitting your Submission, you are granting Microsoft, its affiliated companies, and necessary sublicensees permission to use your Submission in connection with the operation of their Internet businesses (including, without limitation, all Microsoft services), including, without limitation, the license rights to: copy, distribute, transmit, publicly display, publicly perform, reproduce, edit, translate, and reformat your Submission; to publish your name in connection with your Submission; and to sublicense such rights to any supplier of the Website Services.”
These findings from the terms of service prompted stories of how the images uploaded to the How Old site could be published across the internet by any of their businesses. However, a clearer message on the company’s blog stated that the site does not store user submitted images, while an official statement from a Microsoft spokesperson to Mashable said “The terms of service are accurate. Developers get to choose how their apps work. The developers of How-old.net chose not to store or share photos for this app. These terms of services are like those of other companies“.  Therefore, users shouldn’t worry when submitting their photos as they won’t be copied or reused and Microsoft does not ask for any personal information.

The site was originally designed to form part of Microsoft’s Build 2015 Developer Conference but has been left online due to its popularity. There are no privacy issues to worry about and the service is very fun to use, but the results shouldn’t be taken too seriously!