Public Services Run On Twitter in Spanish Town of Jun 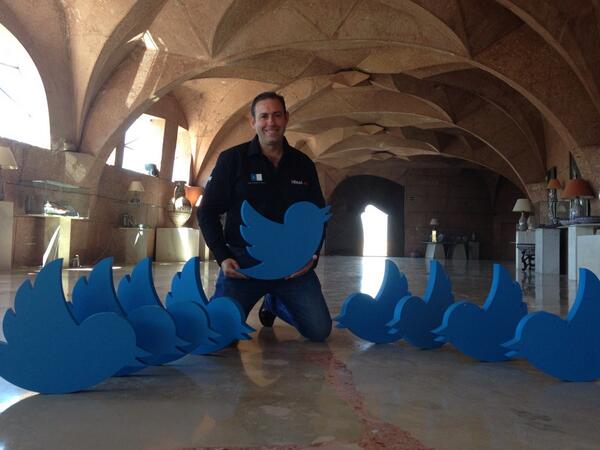 The Spanish town of Jun is home to 3,500 people and may be the first town in the world to use Twitter as the main form of communication between residents and the local government. Since four years ago, Twitter has been the community noticeboard as well as a way for residents to report service problems, book doctors appointments and report crime.

Police cars have @PoliciaJun painted onto their bonnets, while official public offices all own Twitter accounts and the mayor himself tweets short messages to Jun’s residents. The town has come to the attention of many for its unusual way of doing things and the Massachusetts Institute of Technology Media Lab’s Laboratory for Social Machines is studying the town to see if it has answers for improving public services in other towns and cities.

Rodriguez Salas, the major of Jun, is a firm believer in the way the town are running things and says that Twitter can provide quick response to problems, describing the social site as the ‘social network of our immediate society’. His book, titled The Theory of Complaining, details his views that local residents think participating in their local government is a waste of a time. In Jun, Salas believes that the bureaucracy of public office which has stood for 300 years has been broken through with the use of Twitter.
According to Salas, people in Latin countries such as Spain don’t know how to effectively complain and will go to a bar and moan about things. However, Twitter has given people an outlet to easily and directly complain which helps them be heard but also helps those in charge grow as politicians.

Twitter has helped employees take pride in their work and in achieving tasks. The fastest response time for a problem so far is three minutes- a faulty street lamp was reported and it was then quickly replaced by and electrician before a photo was posted online.

Jun’s street cleaner,  Fransisco Javier Garcia Roldan, uses his Twitter account to post upbeat jokes about his work. He says that Twitter offers transparency in public services, which allows him to “show my work, building trust in public services. This has made people more conscious of what they have, and more considerate of each other.”
In addition, Jun’s police officer believes that the immediate nature of Twitter helps the public to be more involved in the prevention of crime. Twitter allows him to know exactly what is happening in the town with photos and location tagging to help him pinpoint the crime. He thinks that Twitter has helped the town’s residents see the police as a force that helps rather than punishes.

Jun’s mayor has found that residents worry about him when he takes longer than a few minutes to reply to a tweet as he is usually quick to respond. He says he doesn’t feel pressured into always being online but he does like to know what‘s going on in the town. In a bid to safeguard inclusivity, Jun made internet access a universal right of its citizens in 1999 and created a computer skills program for the towns residents ages over 65.
Sergio Goncales Naveros, head of education and sports in Jun, says that Twitter is a horizontal system where “everyone’s opinions are as important as the mayor’s”. However, he says that it‘s difficult to always have his mobile in his hand and to be online all day with a family and children. But the town believes in the project and has put innovation at the heart of the mission.

Psychologists have differing views on whether always being connected is a good or bad thing. Some believe that it can create pressure which distracts us and detracts from work, while others believe that integrating new technology allows society to evolve to incorporate new ways of doing things.

Salas has held the position of town mayor for 11 years and believe that his online presence is to thank for his re-election. He believes that Twitter will help society ‘transformits archaic and backward structures’ worldwide in the future, and looks to London as the next city to adopt a direct communication system.