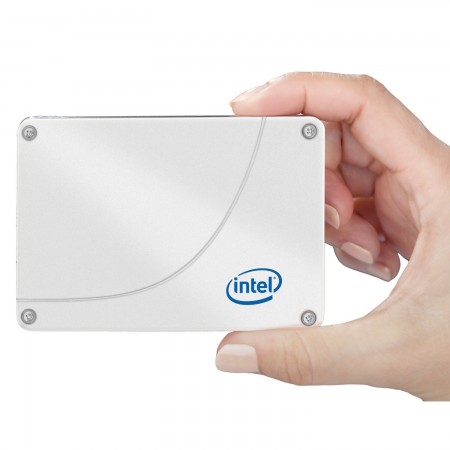 Computing in all its forms is getting faster than ever. Mobile computing aside, even regular desktop and laptop computers are delivering more speed and much more performance than they ever have. With the introduction of not only dual core but even quad-core processors, it is necessary for other components of the computer to be able to keep up with these chips. More so, one of the most important factors in terms of the things which determine a computer’s speed at which it executes tasks is the hard drive. The hard drive is where all the data is stored and for this reason, the faster the data can be forwarded to other components the faster the process can be done. So it is vitally important to make sure that it is not your hard drive which is slowing everything else down, or acting as a bottleneck.

With all these advancements incomputer technology, the need has raised to invest in faster mediums of data storage. Many of you are already familiar with the latest development in hard drive technology, that is the Solid State Drive (SSD) storage. Regular hard drives run on mechanical parts in that there is a disk spinning within the drive which stores the data and a head reads various parts of the hard drive to retrieve data, much like what happens with CD drives. On the other hand, Solid State Drives or SSD’s can be more closely compared to memory cards or flash drives. These drives do not have the mechanical disk mechanism but rather rely on flashes and electric signals to store information. Even though the currently available SSD drives are pricier than their mechanical counterparts, for the same amount of memory, they offer phenomenally more speed. For users whose main emphasis is speed performance, SSD’s are what they need to upgrade to. One awesome thing about these storage devices is that they can slice processing times in half when compared to regular hard drives, and in some cases even more than that. Also since they consume less power and take less space it could free up some space in your desktops casing. Double awesome!

Listed below are some of the best ranked SSD’s currently available, have a quick read through to understand what you can expect from these speedy components.

The Samsung 840 Pro SSD is the successor to the Samsung 830 and offers a few more perks and features to enhance performance even further. It shares the same dimensions as the 830, at 7mm thick and 2.5 inches at the boundaries, however on the inside this SSD comes with a new controller and also has a toggle mode NAND memory. These new internal components provide not only better performance but also better energy consumption.

The interesting thing about the Neutron GTX is that it is a relatively cheaper SSD however offers functionality which is at par if not above most of the other drives available. On the outside it has similar dimension to other SSDs though makes use of a LAMD controller and also uses Toshiba components for the toggle mode NAND. Over all the SSD delivers solid performance and is something to consider if you want the best bang for your buck. Plextor has been making slightly larger drives in the past and this is the first 2.5 inch design from the company. The M5 SSD delivers blisteringly fast performance and is quite easily one of the quickest options available. Loaded with the Monet controller this SSD claims to offer superior double data protection and sustained high performance. Not to forget award-winning predecessors. This device is what really set off the 2.5 inch design, being the first of this kind, it started the trend. It features the SandForce controller, which even though is a little older  works pretty well. The package also includes some accessories and a hard drive cloning software; it’s a great starting point for people looking for an easy switch. This SSD is making use of a second gen SandForce controller and also has the MLC NAND working with the controller. Even though these internal specs offer similar performance to others what really sets this apart is the number of erase cycles, the Prevail Elite claims it will deliver up to ten thousand as compared to most other SSD’s which can perform only five thousand or less. In a nutshell, SSDs provide a high and speedy performance that results in better computing. SSDs are the best choice for programmers, SSDs are best if you want to reduce your operating system’s boot time. If you are running IO intensive applications such as games, video rendering, database etc.

Although SSDs are quickly replacing traditional hard disks but one should keep in mind that SSDs are not durable. Manufacturers like Samsung have defined SSD lifetime. If you have important data in your SSD, you should two SSDs configured as RAID-1, this way if you lose one disk, you will still have another SSD available in your system with identical data. Buying two SSDs might be a bit too costly for one person, so alternatively you can create a backup on daily basis using Windows backup or Time Machine, if you are running Mac OS the disadvantages of daily backup is that you may lose few hours of your work.