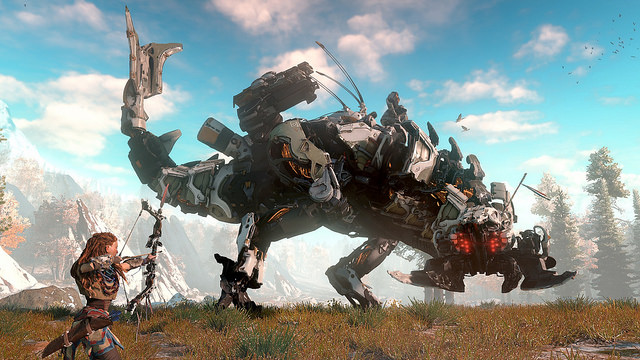 The Playstation 4 is the biggest console in the world right now, beating the Xbox One by a few million units. Therefore, there was undoubted excitement before Sony’s press conference as they looked to reveal some great new games coming to the platform that would spark even more interest in the powerful home gaming console. Rumours were strife before the event of new exclusives, old names returning and updates on games we’d seen tiny glimpses of already. There’s no doubt what Sony’s press conference delivered, let’s delve into the 7 best announcements from Sony’s E3 2015 event. The Last Guardian is FINALLY Here

Arguably the biggest cheer of Sony’s press conference was the first gameplay trailer for The Last Guardian. The Last Guardian is a game that was first shown off over 6 years ago, running on the Playstation 3. Since then, there’s been little talk about the game and some thought that it was dead and buried. Luckily, for those who were excited about the prospect of the game, it’s back and it’s here to stay. The Last Guardian sees a boy and some sort of griffin creature sold incredible puzzles in arguably the most beautiful world and most stunning game we have seen in years. This is definitely a game that will have fans falling in love with the characters and the world. One of the bigger game surprises during Sony’s press conference was the gameplay trailer for a game from the makers of the original Killzone games which looked to take on Halo but failed. This game however certainly looks to impress with some stunning graphics and a concept that any gamer would find hard not to get excited about. Essentially, you’re what looks to be some sort of tribeswoman who uses a bow as a weapon which has different abilities and you fight enormous dinosaur robots in a tropical overgrown wasteland of a city. The concept is incredible and the gameplay trailer looked really decent, making this a surprise game to get excited about from E3 2015. No Man’s Sky Still Hasn’t Let Us Down

No Man’s Sky is being labelled as “the most ambitious game in the world.” And it really does look like a game with a whole lot of potential but it will either be a massive hit or a massive miss. We obviously hope for the former. No more questions were really answered during the E3 demo, such as will it actually be a fun game? How different does each level feel? What else can you do in the game? However, luckily the demo didn’t show us anything that disappointed us, which as this stage would be easy to do with such high expectations. Let’s just hope that the 13 people working on this game continue with how things are going and don’t look to change anything too rapidly. So sony introduced Playstation Vue a while back which allows Sony Plus owners to watch dedicated TV channels made by Sony. Despite not announcing any more channels, Sony did announce the ability to subscribe to certain channels rather than just bundles and also the fact that the service will be expanded to San Francisco and Los Angeles. Whether the service will ever really take off, we don’t know. However, it does still feel like a Beta idea right now and we are sure Sony will begin releasing the service in many more states and even countries when they’re sure what they want to do with it. One of the bigger announcements from the Sony press conference was their capture of arguably the biggest franchise in the world in Call of Duty. Call of Duty: Black Ops 3 will release all of its DLC and Maps on the Playstation first. Now this may not sound like big news but for years Microsoft was Call of Duty’s preferred platform but with Xbox One sales lagging behind the PlayStation 4 sales, it is a reminder to Microsoft and everyone else that Call of Duty goes where the biggest audience is. Does this mean the Xbox One has already lost the console wars and Microsoft will have to do better with the Xbox Two? Uncharted 4 Looks To Be a Big Open Beautiful World

The Uncharted series, since its birth, has pushed the Playstation system far beyond what any other game has managed to do. Uncharted 4 looks to do the same once again with a simply stunning trailer shown at E3 that shows off the incredible character models, a great destruction system, stunning lighting and what looks to be a solid 60fps at the same time. There’s no doubt Uncharted 4 was always going to be a beautiful game but it looks to be the most open-world Uncharted game yet, offering up a trailer showing Drake and Sully crashing their way through a huge city trying to escape an armoured vehicle. This looks to be the best Uncharted game yet and will be a delight for fans of the PS3 games. Finally, we have another DLC exclusive for the PS4 and that’s the introduction of The Taken King for Destiny. Destiny’s ‘House of Wolves’ DLC pack looked to bring the game onto a new level and The Taken King is apparently even bigger than that. Destiny has always preferred the PS4 to the likes of the XBox One and that’s once agin shown with the announcement that this piece of DLC will debut on the platform first once again. Among other things, the expansion will include new gear, a new map and a new Strike for players to play.