The Internet Of Things Explained 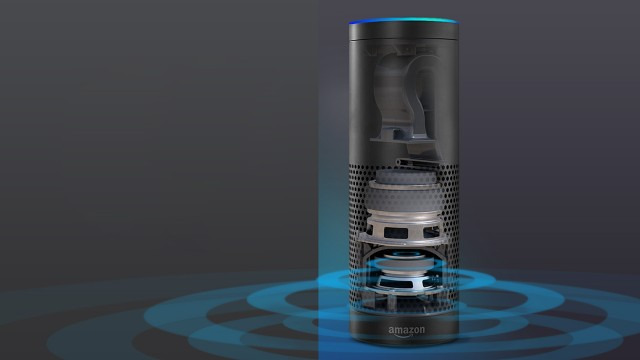 The Internet of Things (IoT) is a phrase that is becoming widely used when referring to technology advancements and large corporations, but what does it mean?

An example involving a fridge is one of the most common used to explain the IoT. As one of the main points of the Internet of Things is that all electronic gadgets and devices around us can share information and be connected together, things like your TV, fridge, car or energy control box can communicate with one another and gather data. In the fridge example, your fridge would be able to warn you when you are about to run out of a particular food and may even be able to order it for you so you always have a steady supply.

However, a smart fridge is just one example of the Internet of Things. it spans much wider than a person’s home or even their city. Data about everything is constantly being collected automatically which can then be analysed and employed in a useful way.
One such example of this is the Google Waze app which uses information from the phones in peoples cars to create maps of traffic speeds in real-time. This is made possible because the phones are sending their location and speed without the owner having to do anything as the information is gathered in the background, meaning drivers can automatically contribute to their community.

The Amazon Echo is an interesting home product that can sum up what the IoT means and how the information can be used. The Amazon Echo box can be connected to the internet as well as other gadgets in the home. You can then ask a huge range of questions and hear them answered out loud to you. For example, if you want to know what the weather will be like tomorrow or you want to turn your stereo on from another room, speak to the Amazon Echo box and it will do as you ask.

The world we are moving towards is one in which all home systems are connected, intelligent and networked. Your home will monitor your health and lifestyle automatically, and will be voice controlled. Devices such as cars will be able to self-diagnose their problems and connect to the manufacturer directly. In addition, energy and water meters will be able to cut costs by monitoring the devices and cycles that are the most expensive. Rather than control panels, remote controls, websites or apps, we are moving towards a world in which your voice controls everything, making things simpler to run and allowing people control their home in a way which seems natural to them.

This world does sound like something from a movie, but many of the gadgets needed to put these ideas into practise have already been developed, just not yet widely adopted. Those who are ahead of time are already living in connected homes, but in the next ten years these gadgets will become normal and less expensive.

The connected home will help people to live better and easier lives, but will collect huge amounts of data about everything it can. This data is already starting to be collected and is being used by the biggest companies to inform their products and services. The data collected will help doctors to better understand your individual health, car manufacturers to learn how people are using their cars, utility companies to plan the locations and amounts of power to provide. One of the biggest challenges of the IoT will be storing and analysing the huge amounts of data that will be collected, as well as keeping it safe.

While a fridge that can order food for you would no doubt be cool, that isn’t really what the Internet of Things is about. It is about living a connected but ultimately better life, in which devices and services will adapt to provide us with the most functionality without us having to do anything more than use them normally. Smartphones have become the norm in less than a decade and so its not so hard to imagine how the Internet of Things will change our lives for the better. It now falls on homeware companies to start integrating IoT-style devices into their ranges so that we can start to take advantage of the benefits.