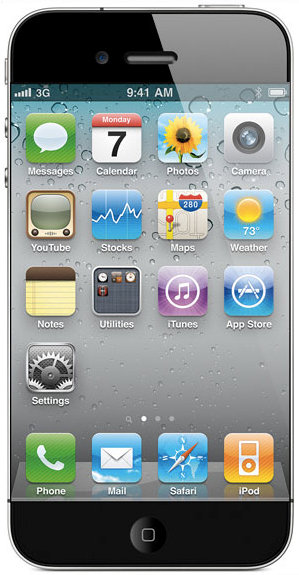 After the sad death of Steve Jobs and the launch of iPad 2, the next event that will come into the limelight is the release of iPhone 5. The large scale popularity of iPhone 5’s predecessors will present it with stiff challenges in terms of quality, usability and feature’s enhancements. This is the major reason why the company created so much hype. Various partners of Apple Inc. are promoting the brand and exposing its features even before its release; obviously without the consent of Apple.

iPhone 5 has become a hot topic for website owners to fill content with. This is because of the popularity of this item in search terms. Website owners write reviews, analysis, reports and prompt users to input their suggestions. Many companies came up with predictions as to what the iPhone 5 will offer in terms of its features, applications and usage etc. It has been a subject of long debate among the tech savvy and it still is!

The features which are expected to be included in iPhone 5 will focus on user interface, robustness and connectivity. It will have a greater battery time, slim body with shiny glass back casing, OLED screen which will be scratch proof and unbreakable. So there won’t be any reason for the owner to cry out loud if the iPhone happens to fall down!

This hype has also raised the expectation levels of the consumers. Now they want features which will be unique to this product. With the present age technologies, it is easy to visualize wireless charging of the phone.  Users will like to see improved camera features such as the camera’s flash and resolution. A feature on which the whole marketing campaign of Apple Inc. is relying is voice recognition. This will open avenues for a number of applications in the future which will help in addressing many of the short comings of iPhone as a smart phone.

Most Under Rated Feature

It is also being said by various circles that iPhone 5 will have NFC. Near field communication will have much greater significance in the future. Customers will be able to purchase products quickly through mobile payment. That happens to be a great feature for all those who love shopping!

With the entire buzz for iPhone 5 it is easy to get into the illusion that it will be affecting the sales of its predecessors. However it isn’t true. Analysts are also concerned with the fact that although iPhone 5 is very promising, there aren’t any competitors in the market which offer better features than iPhone 4. Because of the limited availability of the 4G networks which offer ultra high data rate and bandwidth, it is speculated that Apple will throw out a pre-release version.

With the exposure of different features a lot of companies in the third world countries have started to produce replicas. These replicas attract the attention of common consumers and they buy it at higher prices without knowing that the real version hasn’t been actually released.

With smart phones becoming ever more popular, people are focusing more on this gadget in gatherings. They are forgetting the real challenges such as poverty, hunger, environment and health. Such behavior is going to have drastic effects on our moral and ethical values in the long run.

iPhone 5 hype has been around for a couple of years now and it will have a significant impact on the standing of the company in the future. Apple has been able to create such scenarios and benefited from them in the past as well. Expectations of people are high and the hype has some bad influence as well.