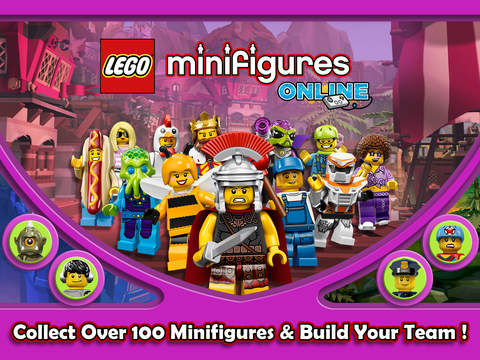 We are back again, offering you up the best iOS Apps and Games you can download this week. This post will be weekly and will highlight the best apps and games you may not have found yet. These will not only include the biggest and best new apps to the App Store but also previously well-known applications that received notable updates, improving them significantly. This week we have: a whole new Office application from Microsoft, a couple of original games that aren’t actually gem-shooters or city builders for once, a new genre game from Lego and more!

Microsoft have brought out a brand new Office application that looks to add another aspect to their already impressive Microsoft Office Suite line up. Sway is looking to jump on the bandwagon of creating beautiful posts for people to see without having to put much effort into it. Blogging made beautiful really. Similar to applications such as Adobe Slate, Medium or such applications. With more choices than the likes of Medium, such as collages and font changing and such, it’s definitely a contender. On top of that, when you share a Sway with someone, they don’t have to have the application to view it, the Sway simply opens up in whichever browser they use. Additionally, Sways can be viewed such as beautifully on mobile devices as on full-blown desktop screens. Door Kickers is a great game from a new developer team on the App Store called Killhouse Games SLR. Maybe not the most welcoming name but the game they’ve made is a bit of a gem. If you have any interest at all in strategy games, combat games or just sneaking around a little bit then Door Kickers will be a game you’ll truly enjoy. It may be quite a steep price for a game but you’re getting the full game here with promised future updates for free. Simply put, Door Kickers has you control either a single man or a team (depending on the mission/level) of swat men who are looking to either break into a building or a set location. These missions may come with certain objectives, either to kill a certain target, retrieve a certain item, clear everybody our or more mission choices. You do this by selecting your man, swiping in the direction you want them to go and selecting different options on how you want them to approach the mission. It’s a really fun game and a true breath of fresh air in an App Store currently filled with freemium games and clones of one another with different skins. Lego have just introduced not only a brand new game out of the blue but also a game that isn’t tied to the latest movie franchise or isn’t all about the building aspect. In fact, Lego Minifigures Online is a Lego Minifigure collectible MMO. Yes, that’s right. MMO. For the price you pay on the mobile platform, you can play the first world of the online MMO and then pay for other worlds as you go along. You collect new Minifigures by either playing through the game, buying them with the studs you collect or getting separate packages on Amazon and such. Each Minifigure has their own set of animations and different Minifigures specialise in certain areas, whether it be fighting, building or other mechanics within the game. It’s a kid-friendly game and so don’t expect a WoW level of detail, but it’s still a great game to play and collecting things is always a big draw. Fragment is the latest photo editing application to hit the app store, offering a nicer user interface or a better set of photo editing tools. Fragment actually looks to take it down a slightly different level by allowing you to do the usual editing, adding filters, changing colours and contrast etc. But on top of that, Fragment is looking to bring you the ability to manipulate multiple images into one image. It uses a really simple and minimal interface to allow you to add augmentations to your image which can produce some really funky looking images. Hidden Heroes is a new mobile game that doesn’t actually have you building a city, gaining resources and different recruits and then attacking other people. Nor does it have you organising gems to attack things and advance through 5748932 levels that all feel the same. Hidden Heroes actually takes a unique stance on creating units to attack people. The game has you creating groups of different heroes that have their own specialities. There are over 30 different heroes for you to unlock as you progress your way through the levels. It’s very similar to the new Siegefall game from Gameloft that has recently come out in terms of combat, you select which troops you want to go where and they each have their specialities. Each troop also then has a “hero power” which is obviously relevant to their class type. For example, if they’re an archer type, different heroes can either shoot a sea of arrows or one massive fire arrow or a poison arrow, for example. You can level up your different heroes with gold earned from in-game gold or gems which can be earned throughout the levels slowly or obviously bought for real money (this is a freemium game after all.)