What is the Future of Apple After Steve Jobs? 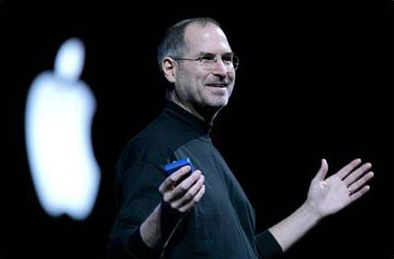 The turnaround of Apple under Steve Jobs’ leadership has been remarkable. When he took over one and a half decades ago the company was in tatters. It needed a revolutionary like Steve who could bring it to the current status. The business models and ideologies which Steve adopted were not only innovative but also involved bold decision making. His demanding personality not only brought the best from his employees but also helped gains on negotiation tables. After his resignation from the post of CEO and subsequent retirement, it all comes down to new leadership and their vision. In the coming lines we will discuss the future of Apple after Steve Jobs.

When Steve was diagnosed with pancreatic cancer back in 2004, he asked his doctors that he needed a lot of time to stay alive, for he had to unleash a number of ideas and products to the customers, competitors and his own company. Thankfully, he was able to do all he wanted. Today, Apple’s brands like iPhone and iPad are far ahead than their competitors both in sales and the features they offer. Amazon’s Kindle and Google’s Android are the potential competitors but it will take several years for them to take over. Therefore, the top brass have some time to regroup.

It is true that Steve is responsible for taking Apple to such heights but he alone was not responsible for this. Tim Cook has been controlling the company as deputy of Steve ever since his diagnosis of the disease. The engineers, managers and executives have all contributed in achievements of the company. These people are still there and will keep on working with the company as long as there isn’t any catastrophe or sudden shift in policies. Apple was just a computer maker at first. But in Steve at the helm of affairs, it started getting recognition first in music and then in mobile phone industry, through iPod and iPhone respectively. The arrival of iPad is a big tweak for the Laptop industry, but they seem to be eyeing the TV now. Apple TV has already found some astonishing applications in conjunction with iPhone and iPad but there seems to be a lot of room in this arena and the company will look to offer unique user experiences as it has done in other industries.

Big companies take a lot of interest in their share’s prices in the stock market. With Steve’s death there was an understandable dip, but for the future it all depends on how the new releases fare. iPhone 4S has got a good response up till now, but there is a disappointment in various segments for not releasing iPhone 5.

Steve Jobs won’t be with Apple anymore and we all need to move on. He had some traits which were positive and negative at the same time; the most notable being inflexibility. Tim Cook shares his philosophy of demand for perfection. Only time will tell what impact these changes will have, as circumstances can also make a good thing bad and vice versa.