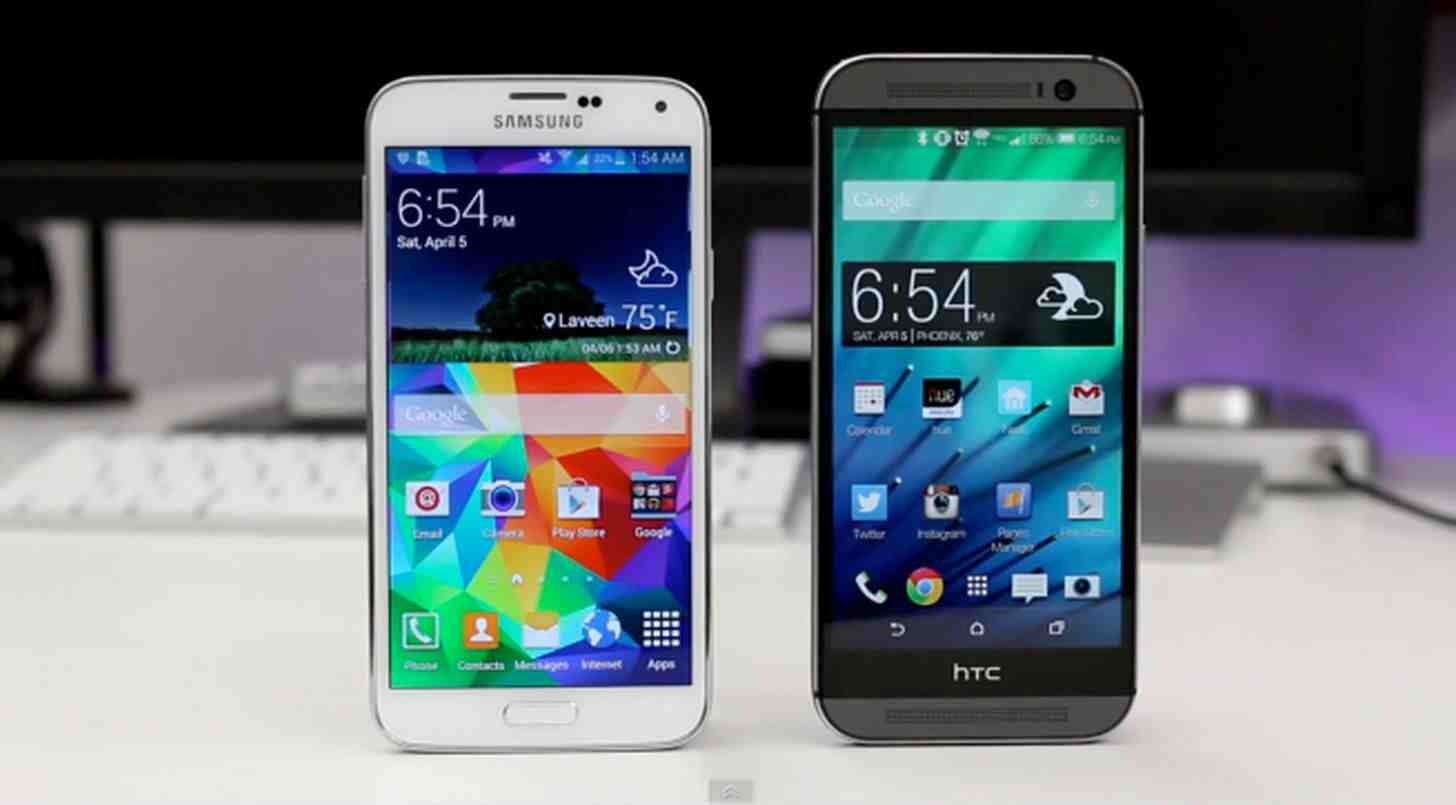 The Samsung Galaxy S6 and the HTC One M9 were recently announced to the public with great intrigue. There was no doubt that their predecessors were the two biggest Android phones in the western world and that their successors would be hyped up 10 fold. It was interesting to see that HTC went down a more tame route, keeping a similar design, same screen, same Boomsound speakers and just reiterated the camera, the internal specifications and software.

Samsung on the other hand decided to go for a complete refresh with the Samsung Galaxy S6 and introduced a brand new metal and glass design that par surpasses previous Galaxy phones in build quality. Not only that, they improved the camera, introduced many new features and in whole gave the Galaxy line the refresh it desperately needed.

Some would argue that the Samsung Galaxy S6 was the better phone this year with Samsung’s incredible hype around the camera, the new and interesting design, already implemented features and much more. We are going to break down what the S6 has over the M9 when it comes to features and why it is arguably the better phone at Mobile World Congress this year. 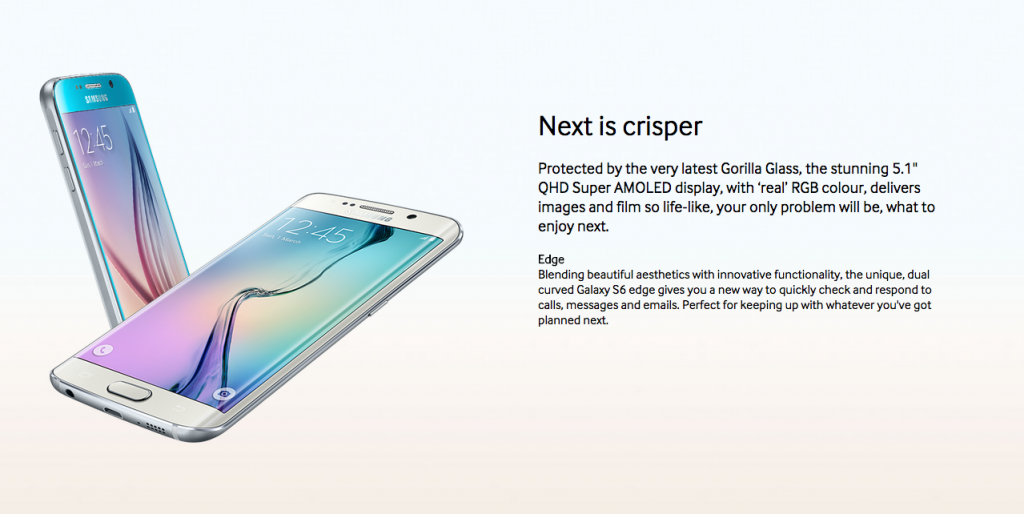 The Samsung Galaxy series has always been famous for it’s incredible Super Amoled technology that began it’s life by being incredibly colourful but almost too so to a point where it began to look cartoonish and unrealistic. However, since then, the screen technology has been altered to be almost a perfect screen that produces incredible colours, highly bright screens and near 180 degree viewing angles.

The S6 this year topped every phone out there by producing a 2k 5.1″ Super Amoled screen that, from initial reports, has blown the HTC One M9s screen out the water. The HTC M9 supports a 5″ 1080p display which most say was one of the best last year, but for those that love the pixels, the Samsung Galaxy S6 has this battle hands down. 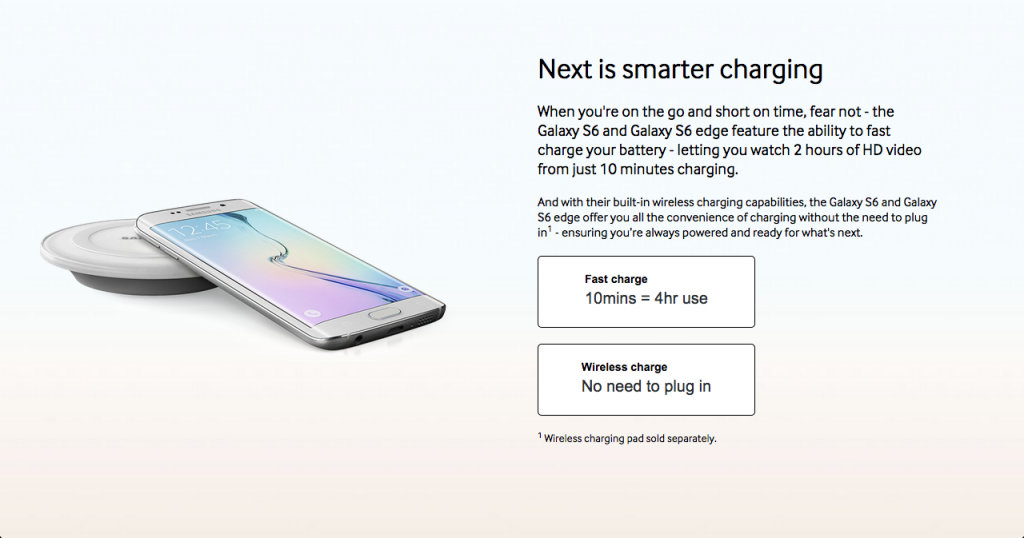 A neat feature that quite a few smartphones manufacturers are getting into is the introduction of wireless charging. This allows you to the ability to place your phone on or in a dedicated wireless charger and without plugging it in, it can charge the phone. This obviously allows for far easier use when it comes to charging your phone as it requires a simple placing of the phone on the pad. 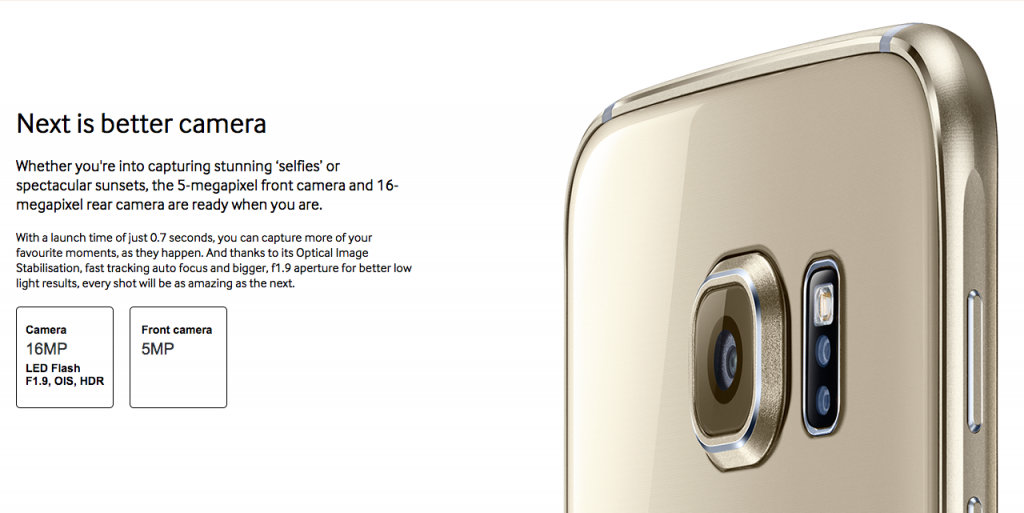 We’ve not seen any official images from the Samsung Galaxy S6 yet, however we do know a few things. Firstly we know that Samsung has always had a good turn out when it comes to mobile phone cameras, the Note series has always set the benchmark and now the Samsung Galaxy S6 is looking to do the same. Secondly, Samsung absolutely lauded over the camera in the S6 claiming it to not only be the best camera on any mobile phone in the world but also the fastest which is definitely something worth nothing. Thirdly, the initial reports from initial reviews of the HTC One M9’s camera do not suggest positive things claiming it is grainy, poor in low-light and still a very average camera for such a high-end phone.

Usually, these kind of gimmicks don’t bother us here at Geekszine, but Samsung are making the heart rate sensor more an more useful very quickly. Not only can you obviously measure your heart rate and check your pulse and all sorts of fitness-based applications of the hardware, but you can now use it for other things.
You can now take a selfie by tapping the heart rate sensor when the phone is facing you, this makes a heck of a lot of sense as this is where your finger rests when you’re holding that phone high up in the air. In addition, on the Samsung Galaxy Edge edition of the phone, when you receive a call and the phone is facing downwards, you can decline and send an instant reply to the call by holding your finger on the sensor.
Samsung could implement many more useful features with this such as the ability to turn the screen on and off by double-tapping it and other little nifty things, we’ll see what Samsung do with it in the future!

Now this isn’t 100% confirmed as of yet, but Samsung have certainly bragged about the new battery they’ve put in the Samsung Galaxy S6. They claim that it is smaller, but more efficient allowing it to charge quicker but also last longer than previous Galaxy phones.
Samsung claim that the phone can charge 4 hours of battery life from 10 minutes plugged in and that is why this year they’ve gone for non-removable as they finally felt that they had a battery that was good enough for those who needed their phone charged all the time.
So these are some of the best features that make the Samsung Galaxy S6 a better phone than the HTC One M9 this year at Mobile World Congress 2015. What are your thoughts on these two brand new phones? Would you like to see why the HTC One M9 is better than the Samsung Galaxy S6?
Share