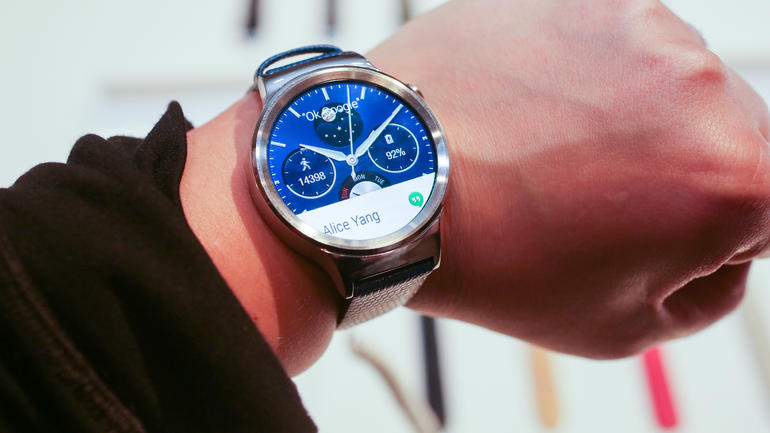 Mobile World Congress has now finished and we wanted to bring you the most top ten most exciting gadgets to come out of this prestigious event. We have watched many videos, read many articles and decided on the top ten gadgets that have caught our eye and the eye of many different technology bloggers on the internet. Here they are:

One of the biggest hyped phones of 2015 has to be the HTC One M9 and with it’s announcement brought a lot of excitement for phone and gadget users looking to have Android’s most premium offering in their hands to play with. The M9 was announced with updated internals, new and improved cameras and a reiteration of it’s Sense skin that now includes a position aware widget that changes icons based on whether you’re at home or at work. This year’s offering is an even finer reiteration than the year before, but this may not exactly be a bad thing.

Another mobile phone on our list is the intriguing brother to the Samsung Galaxy S6, the S6 Edge. This phone encompasses the same specs as the regular S6 but uses a screen that curves over the edges of the bezels, not only making the bezels look non existent but just making the phone look very sexy in general. The edges on the screen can be used to pull in your favourite contacts, they glow when the edge is face down on a table to tell you who is calling and I’m sure Samsung and maybe even other developers will come up with some really cool ideas and innovations for these edges as well.

HTC’s flagship phone wasn’t its only announcement this year at Mobile World Congress, they released a truly intriguing VR headset as well that seems to be blowing testers away with it’s realism. The Re Vive boasts a 90 fps screen rate so there’s no motion sickness, two 1080p displays to give a 3d virtual feel and incredible partnerships with obviously Valve (their main partner), Google, Lionshead and more. From initial reports, it looks to be the VR headset to look out for this year and as long as it gets to consumers with as much hype as it has already begun building then it should be a briliant and exciting step to the future of Virtual Reality.

For so long, there was an argument between whether the LG G Watch R or the Motorola Moto 360 was the best looking smartwatch on the market. However, Huawei have thrown a spanner in the works with this beautiful, all metal device that looks to well and truly compete with the premium-looking smartwatches. The Huawei Watch supports a 1.6″ circular screen, similar size to the G Watch R and the Moto 360 and so is clearly looking to directly compete. It’s a serious contender in the premium smartwatch list now and Huawei look to be doing really well this year at MWC 2015.
We all know that Apple are bringing out a smartwatch in April and it’ll be interesting to see whether any more Android Wear manufacturers will bring out high-end looking watches in a hope to compete with what is to surely be the sure-fire hit of the Apple Watch.

Sony’s last tablet offering was a real shout in the right direction for Android tablets when it comes to finally competing with the Apple iPad. The S4 tablet has brilliant build quality, the brightest 2k display in the world, front-facing stereo speakers, an Octa-core processor and many more impressive specs. The Z4 Tablet is also lighter than the new iPad Air 2 and just as thin which is quite an incredible achievement. The Z4 comes with a detachable keyboard which is Sony’s attempt to make the tablet more of a productivity machine. Early reports suggest the tablet isn’t that great however and in all honesty, the tablet doesn’t need it to be a good competitor to the new iPad Air 2.

We’ve already mentioned the S6’s sexier brother being one of the top 10 gadgets of MWC 2015, but we can’t discount the S6 itself. It’s a device that every year builds up incredible hype due to it being the only Android phone that comes near to competing with the Apple iPhones. This year saw Samsung bring the build quality up ten-fold, introduce a 2k screen, an improved camera and a few more nifty software features but claim they’ve cut 40% down on the bloat that may have slowed previous Samsung phones before. They’re saying all the right things about this phone to make the best Android and possible the best smartphone on the market, but we’ll have to wait for the first reviews to officially come out.

The original Pebble was the biggest ever KickStarter campaigning rasiing millions towards its smartwatch project and projecting the Pebble team into the limelight with the first true smartwatch that worked with Android and iOS. The original Pebble struggled however with a non-colour 16 bit screen compared to the high-res larger displays of the Android Wear devices coming out. So Pebble have gone and absolutely smashed the Kickstarter record again with their second Pebble, the Pebble Time which comes with not only a higher-res coloured screen but with new software and some really fun animations. It looks to be the device for those that want their watch to be able to do lots of things before it looks pretty and there’s a big market for that. Will it be able to compete with the Apple Watch though? We’ll have to wait and see!

This may seem like a rather odd choice to have in our top 10 gadgets, however Microsoft’s keyboard isn’t simply a foldable keyboard, it offers some rather neat features too. At it’s most basic, the Foldable Keyboard can obviously fold in half and become half the size. However it comes with a neat feature where when you open it up, it automatically turns on and automatically connects, via Bluetooth, to the previous device it was connected to. This makes this a really good and practical option for people who like to travel and use a proper keyboard but don’t want to cart a big old heavy keyboard around. HP have been in the laptop making business for a long time now and have kept their respect up within the market despite the rough competition from Lenovo and especially Apple. The Spectre x360 is looking to go down the hybrid route with a complete foldable screen that allows you to use the touch-screen laptop in tablet mode with the keyboard behind the screen. Initial reports suggests very positive things with brilliant build quality, a rugged build with reliable hardware all round. The main highlight for most people is the device’s ability to run all day on one charge which is something laptops are really pushing lately and is something I’m sure everyone is glad to see advancing. The HP Spectre x360 looks to be very good competition for the Lenovo Yoga series and looks to be a great choice for those looking for both a tablet and a laptop.

We often find that the Asian manufacturers come up with some incredibly innovative ideas for how to alter what we all assumed couldn’t be changed anymore. With Huawei really impressing at this year’s MWC already with the Huawei Watch, they also announced the TalkBand B2. The TalkBand B2 uses an idea we’ve not seen in a long time, the bluetooth ear piece and puts it into a fitness band at the same time. The TalkBand 2 is incredibly well constructed and Huawei say they wanted to make fitness bands attractive and sexy. The TalkBand 2 includes an ear piece that clips into the space and becomes a fitness tracker, simply put. We believe this is so that you can be running about but then also answer calls on the go too, which to be honest makes a lot of sense. If the TalkBand 2 works great as a fitness band first off then the idea of it being a bluetooth headset is only going to be a positive bonus!
Share