Windows vs. Macintosh – Choose Your Life or Poison 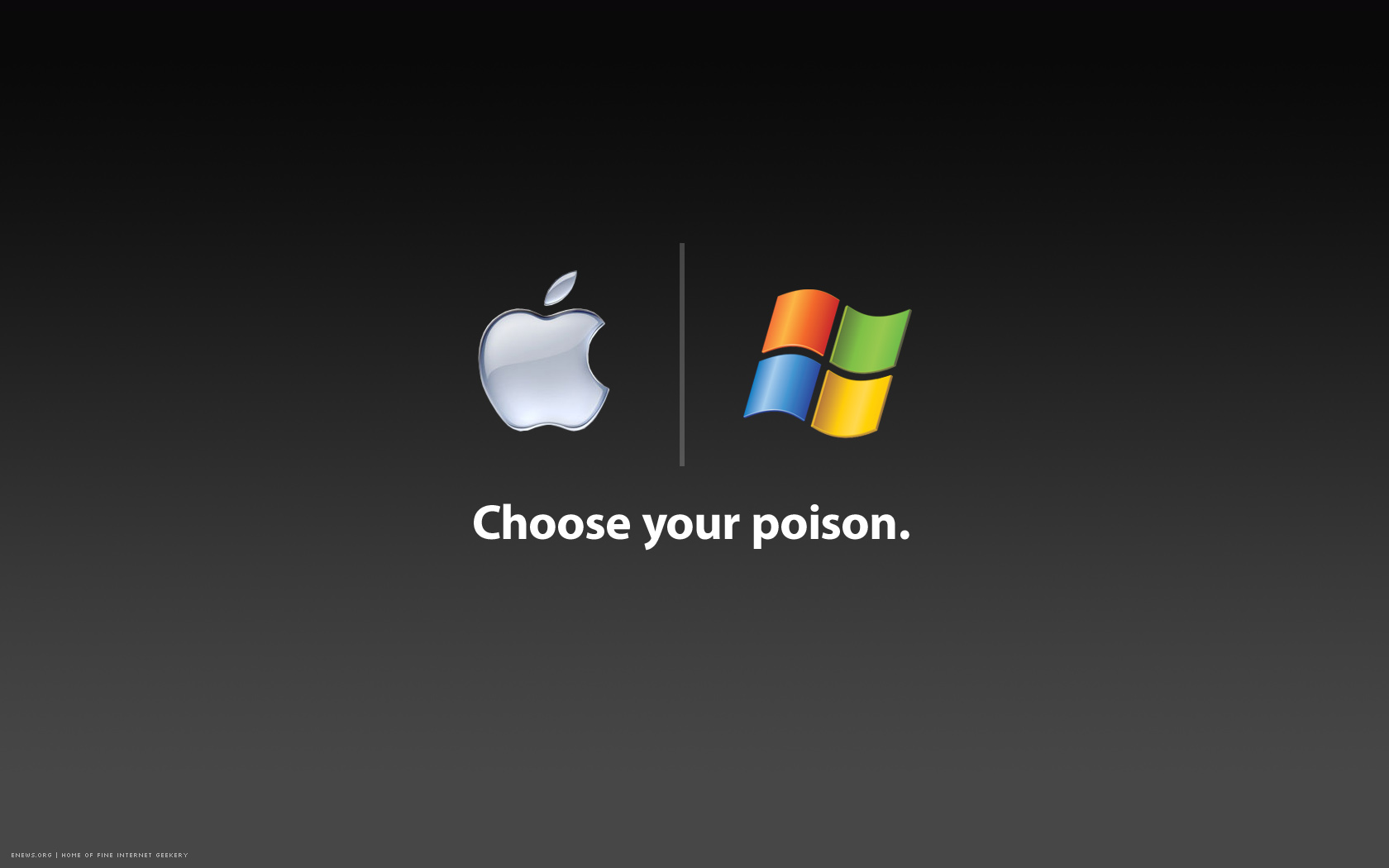 The war is between two of industry’s leading giants in providing scintillating operating systems are Microsoft and Apple. Windows and Macintosh are their products respectively. The hot and often unyielding debate on which one is better is common place. Let us present you with some of the facts and trends in the industry and then let you decide which one is better for your purpose.

As far as the market share is concerned, Windows enjoys an unassailable lead. This is due to the fact that Microsoft allowed this operating system to run on multiple hardware platforms. IBM, Dell, HP, Intel and Sony all run with Windows. On the other hand, Apple went the other way. Mac can run only on Apple’s hardware. In a way they have created their monopoly by just allowing their operating system on the powerful hardware. Many law firms, authors, designers and real estate agents use Mac operating system owing to the uniformity of typography in print and on screen. The suitable hardware for this feature was introduced by Apple in the 80s so there is no wonder it enjoys an advantage over windows. This fact was even proudly quoted by Steve Jobs while addressing Stanford University students.

The feature of color matching is available only with Mac OS. Like typography Mac supports “Reality” in terms of colors on your screens. The same color you saw on the screens shows up in the press as well.

Except mobile versions of websites, Windows provides better chances of compatibility and ease of designing simply because there is an overwhelming majority of windows users surfing the internet. Windows also allows other technologies such as Flash to work with it. On the other hand, conservative approach of Apple has rendered Mac helpful for capturing mobile web arena mainly because of its powerful gadgets; iPhone and iPad. Windows has an edge here. It is friendlier with third party applications. However, there are downsides to it as well. Sometimes the issue of installing plug-ins becomes difficult for the user to exercise. This also results in greater bugs and security threats. In simpler words, it is a tradeoff between effectiveness and reliability.

Mac is more stylish and its users are more innovative and adventurers. Windows is for more stable and realistic fellows. Because of the broad market for windows, its users feel more secure to find software related to any given application. This is the reason home users, software developers, business owners and schools prefer using Windows operating system. From a number of customer’s experiences it can be deduced that Mac is a better service provider in replacing or repairing its parts. However, this also translates into higher costs. On the other hand, a windows hardware system can combine components from many vendors. Of course, after sales services are compromised in the later case.

Mac and Windows are the icons of the industry but there are some other competitors who are slowly creeping in as well. Linux is one of them.