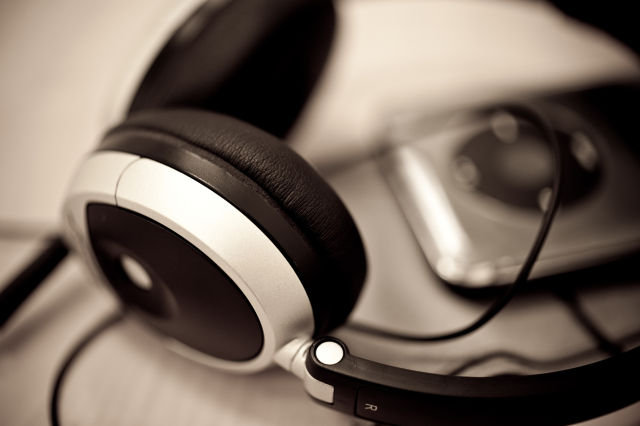 Some say podcasts are dead, some say podcasts are flourishing more than ever. We say, whatever you think, there’s some great Podcasting applications out there for your phone and we want to highlight those to you today. Podcasting over the past few years has gone from some simple audio snippets to long chats on video around some high-tech microphones that is then sold or given out for free as an audio file for those that prefer to listen to people talk rather than watch them.

There’s some really good podcast listening applications on the market for both Android and iOS and so we’ve decided to compile a list of the 6 best that you can download right now. So here are our 8 best Podcast apps for your to download. 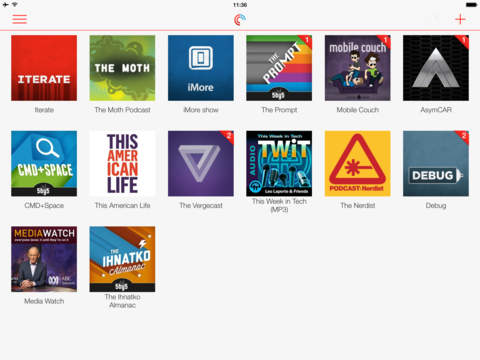 Pocket Casts is one of the most solid experiences you can get when it comes to Podcasting applications on your mobile. Pocket Casts works for both iOS and Android and even has an online client if you’re willing to a one-time fee of $10 which is nothing for the better experience you’ll get.

When it comes to design, Pocket Casts looks great on both platforms, offering up a UI respective of the operating system’s guidelines. When it comes to features, Pocket Casts offers everything you’d need in a Podcasting application: scrubbing, speed controls, the ability to subscribe to new podcasts, notifications for new podcasts and much more. It’s by far the best choice if you’re looking to move from one platform to another or you own an iPad, Android phone and a computer as a lot of people do these days. 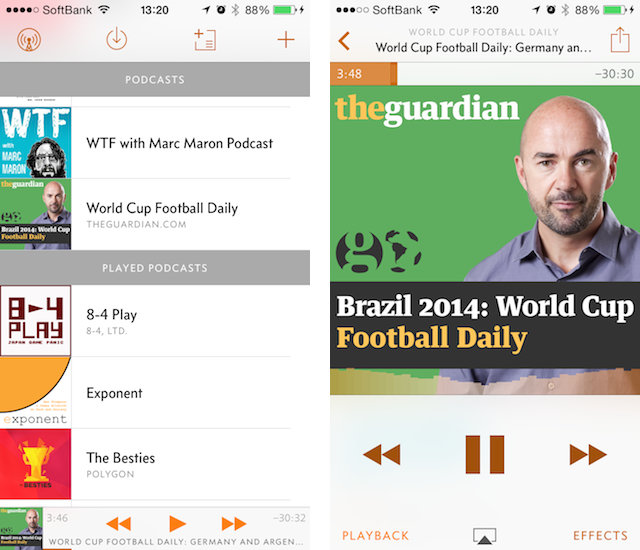 Overcast Radio is probably the best podcast application for iOS when one of the best UIs for the operating system out of any of these choices. However, Overcast’s biggest selling point is how the audio sounds. It offers some great features such as Smart Speed which cuts out silences and gives faster playback speeds a far more natural tone to the speaker’s voices. Voice Boost is another feature which equalises and compresses the file making it easier to hear the words, it’s quite magical really and if you’ve ever found yourself listening to a podcast where one speaker has a soft, quiet voice and another has a loud, brass voice then this is a must feature for you. 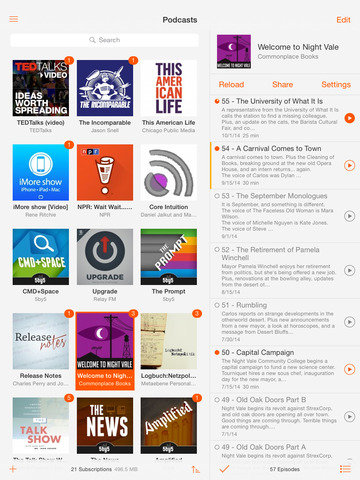 Instacast is another brilliant iOS option if you’re looking for a podcast option for either your iPhone or your iPad. Instacast offers one of the more interactive experience you can get with a podcast app. It allows you to read notes during the podcasts (for those that support it), see what is coming up next in the podcast and more. You can save podcasts for offline playback, create lists of podcasts and bookmark certain subscriptions too. It’s got all the bells and whistles and offers up a really good looking UI to go with it. On top of all these features, if you’re heavily backed in the Apple ecosystem, you can synchronise your podcasts across from iTunes and there’s also clients for iPhone, iPad and Mac meaning you can listen on your computer or laptop as well. 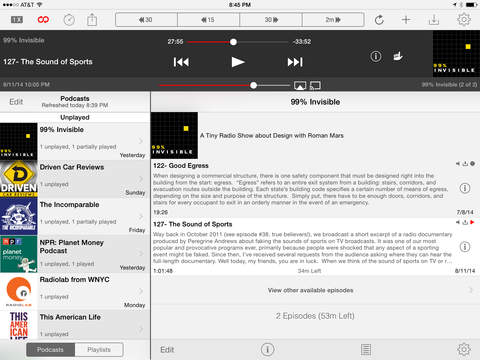 Downcast slots right in there with one of the best podcasting applications too, offering up a huge set of features to rival the best. Downcast has some great features and here are just a few it offers: syncing between iOS and Mac devices, auto-download podcasts, subscribe to podcasts via URL, create smart playlists, support for airplay, multiple playback speeds and much more. The UI isn’t stunning but it does offer a great set of information on the iPad version and a clean feel on the iPhone version.

Next, we have an Android exclusive by the name of BeyondPod. BeyondPod is a great Podcasting alternative to Pocket Casts on Android. In fact, it’s been around quite a while longer but just hasn’t garnered the same attention as Pocket Casts. BeyondPod allows you the basic features of podcast applications such as subscriptions to feeds, different playback speeds. But it also offers some unique features such as the ability to integrate with Feedly to get your subscriptions that way and get podcasts that no longer show up on the subscription’s modern feed. In addition, you can link BeyondPod to Chromecast to listen or view your podcasts on the big screen. 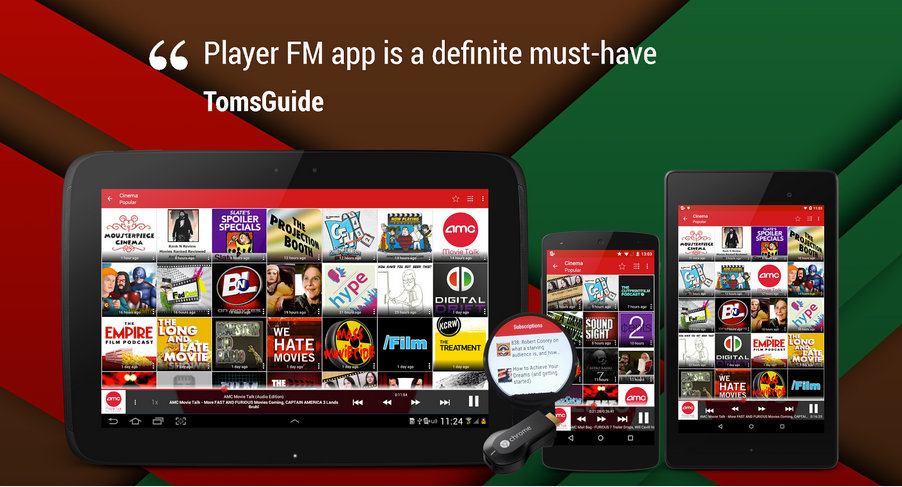 Finally, we have one of the cleanest, best looking and most supported Android podcasting applications on the list. Player FM supports tablets, phones, android wear, Chromecast and the up and coming Android Auto platform making it a brilliant choice for anyone caught up in the Android ecosystem. Player FM also offers, without a doubt, one of the best looking experiences on Android sticking beautifully to Google’s Material Guidelines with some great animations, great UI and more.

In terms of features, Player FM offers you all the basic features you’d need such as playback speed controls, subscriptions and more. It also offers you daily recommendations on new podcasts to follow based on those you already do. In addition, Player FM offers a desktop player that allows you to view and manage your subscriptions on your computer also. Opening it up to those who merely have an Android device and a desktop computer.