Classic Titles That The Video Game History Has Cruelly Overlooked 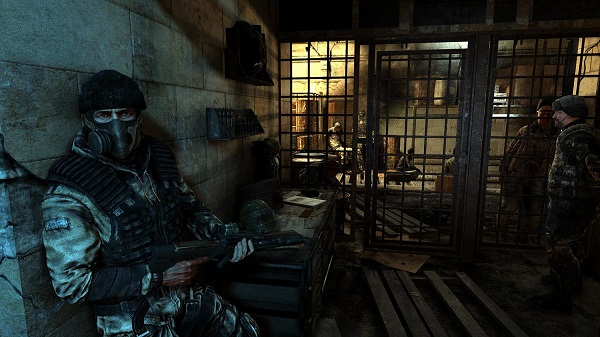 2013 was an epic year for gamers all around the world. I was over excited about the release of Battlefield 4. I have spent hundreds of hours playing Battlefield 3 and I don’t think there’s a single map I haven’t played yet or a single vehicle I haven’t gotten in yet. It was legendary. Well, sadly, it was the same year Call Of Duty: Black Ops 2 was released. Don’t get me wrong – I do like Call of Duty but the Black Ops series sends me a little out of my comfort zone every time I play it. Even with those two big titles out of the way there were many more like Crysis 3 and GTA V.

However, 2013 wasn’t just a year for releasing much anticipated sequels. It was also a year when a lot of other cool games came out with what I must say were pretty good story lines and gameplay mechanics. Yep, that’s right you probably missed a lot of awesome games because you were blinded by the stars of the show.

I’m sure everyone who’s a fan of horror games has played “Amnesia”. As the title suggests – it’s a game where you lose your memory and try to recollect the events that occurred. But of course that’s easier said than done. This year a new Amnesia game came out and it was called “Amnesia: A machine for Pigs”. I know, it’s a weird name but the game is nothing short of scary. The story wasn’t as well thought out as the original game but at the end of the day it will creep you out and that’s all that matters in a horror game. “Metro: Last Light” is another awesome game that game out this year. It takes place in a post-apocalyptic world that was shaped by a nuclear war. Only people who were in the subway survived. Feel like taking the train to work tomorrow? I sure do. Anyway, the game also features paranormal and mutated creatures with super human powers. It’s really fun to play around with a nicely set up storyline but you have got to be careful about how you use your ammunition (I spent an hour in a dark cave killing monsters with a pocket knife since I ran out of bullets!). I do not have any preferred genres so I tend to play pretty much everything. XCOM: Enemy Within is a turn based 3rd person shooter that came out in 2013 which I haven’t heard about until I saw its gameplay on Youtube. Now you might think that a turn-based game is kind of boring but I’m sure most mature gamers out there played Pokemon and hey – that’s turn-based!

Anyway, at first sight the game didn’t look that good but as I got more and more into it I found myself captivated by it. It doesn’t have the best story in the world, nor does it feature awesome graphics but the amount of brain power I had to use to play kind of lured me in. Arma III was another game that I felt got overlooked in ‘03. Although I do have to warn you, if you try multiplayer you will only find super serious players there. There are no trolls or team killers… everyone communicates with each other constantly. Some people… well most people see this as a bad thing and claim that they should not take the game so seriously but I have tried it and I know why people are so serious. The game was meant to be taken seriously. There are like 2-3 to zoom in or aim at an enemy and shoot – it is a proper war simulator. Rayman Legends was another fun game that came out in 2013 but this one had a story to tell. It was announced that it would be released for Wii U exclusively but the developers decided to hold back the game so that it could be coded for some other consoles too. A lot of people bought a Wii U just for that game. Not a lot of people were hyped when Deadpool came out and I just couldn’t figure out why. It had great graphics – everyone loves graphics these days. Even when it was finally recognized it got criticized badly and was given poor rates across the web. Perhaps the critics were looking for something else? A different game maybe?