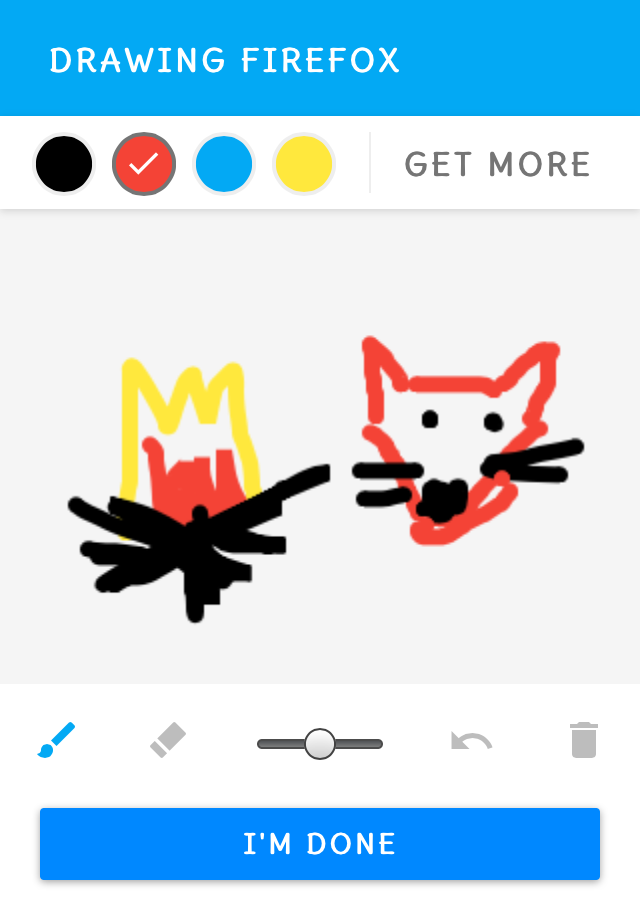 Facebook has confirmed that Doodle Draw is the Facebook Messenger platform’s First real game. The platform launched in April and since then there has been no way for friends to play games with each other.

When the platform was first released, Facebook only allowed content creation apps that would enable users to make GIFs and sound effects to send to friends. Facebook does allow Talking Tom which allows users to choose a cartoon that sends a video message and was the closest thing to a game on the platform.
It has been said that Facebook was hoping the platform would be able to include an expanded set of experiences once it had become more established. These could include utilities and games but Facebook would have to test out such experiences before they could be implemented. It was reported last month that the company was trying to work out how games could fit into Messenger and had begun their own testing of their ideas.

Facebook has recently said that it was excited to announce that the Messenger Platform would become open to all developers because they wanted to see what people would build and use. The company thinks that the platform is best for apps that focus on the curation and creation of content, but they are waiting to see what developers have success with before they make their next move.

Doodle Draw is incredibly similar to the app game Draw Something which rose to fame in 2012 and was bought by Zynga for a huge price. The game is available for iOS and Android and acts as a smartphone version of the game Pictionary, with one player drawing a suggestion given to them by the game and the other player trying to work out what has been drawn.  In order to earn points, you can play or invite friends to purchase more colours to use in the game, but this points system may turn into in-app purchases in time. Doodle Draw can be downloaded by tapping the three dot button (…) in Messenger conversations which will open the app list. At the moment, Facebook is not taking a cut of revenue from Messenger apps. Ultratext allows users to create GIFS from photos, text and emojis, and currently sells premium filters to use in the app but gives none of its revenue to Facebook. It’s not known whether Facebook is planning to earn money from premium content purchased through the Messenger platform apps in the future, but it may be a way for them to increase their revenue through an app that doesn‘t (at this time) show ads to users.

Facebook used to make a large amount of its revenue from a 30% tax placed on games that were played via its desktop platform. However, game playing and payments have reduced over the last few years. The company still makes money through adverts that are shown on the Facebook smartphone app, but Facebook Messenger doesn’t yet seem to have a solid revenue plan in place.

In order to increase engagement and keep users coming back to the Messenger app, Facebook could look to integrate social game apps that would form part of a chat conversation and make it easy for users to integrate game playing into their interactions. With Doodle Draw, drawings could be sent through the messenger and users could chat about the game.

The problem with this could be a repeat of the way the desktop News Feed was spammed by viral games in the past. Companies created games that allowed users to earn rewards by inviting friends, and so the news feed became overrun with constant invitations to sign up to new games. This caused Facebook to almost shut down the games, which prevented social gaming companies from recruiting new players but allowed Facebook users to use the social network without spam.

In the current version of Doodle Draw, players earn more points by entering into games, which could see users sending invitations and Doodles to lots of their friends. Instead of allowing games to encourage players to spam others, Facebook should work with developers to build games that encourage engagement and involvement in chats to keep people using the platform.