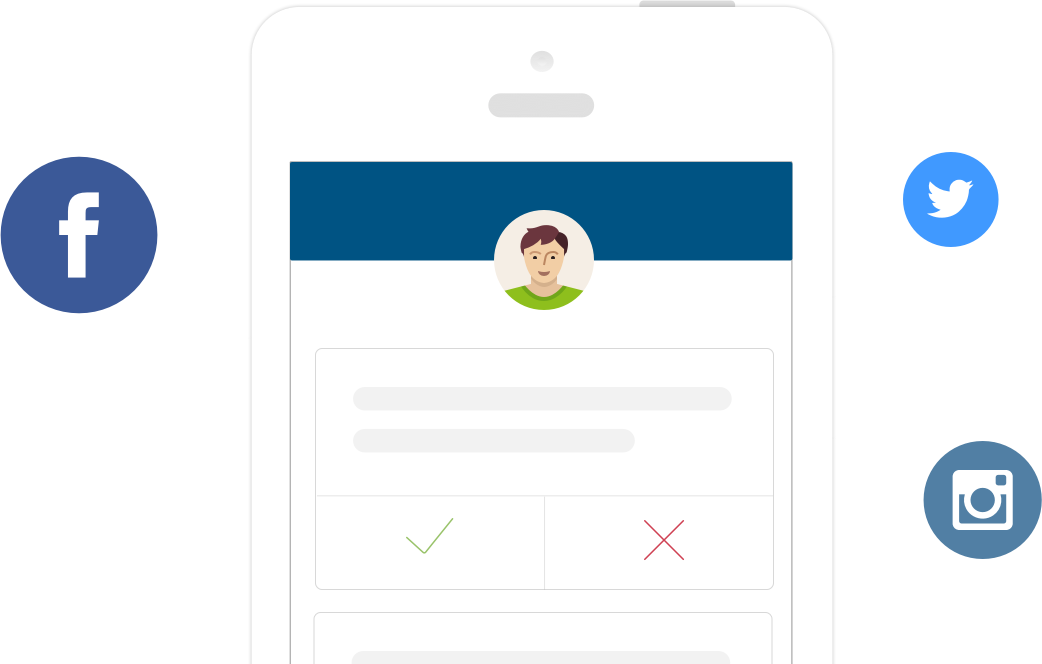 It’s inevitable that of us will at some point post something on social media that embarrasses us or offends someone else, whether that is just one person or whole group of people. This may happen at a time when we’re not thinking or are particularly angry about something and usually we will either apologise or delete the posts. But what about the posts from the past that we’ve forgotten about or the ones we didn’t even realise might be offensive? With employers increasingly turning to social media to find out more about their potential employees, these posts may come back to haunt us in the future.

A new iOS app called Clear aims to search through your social posts for you, to sort out the offensive from the ‘clear’ inoffensive posts. The app connects directly to social media and uses an algorithm along with the IBM Watson supercomputer to look for anything that may cause offence such as swearing as well as mentions of sexual orientation or racial groups. When Clear has searched through the posts it then allows you to delete anything embarrassing or offensive immediately, meaning it won’t come under scrutiny from potential employers or your followers.

Clear was created by Ethan Czahor who has had his own experience with the consequences of posting offensive ideas, jokes or material online. Czahor was chief technology officer during Jeb Bush’s presidential campaign, but didn’t last long in the role due to his social post history. Tweets made by Czahor that were offensive to women and homosexuals were found and publicised by Buzzfeed. The Huffington Post also uncovered a personal statement written by Czahor when he worked at East Stroudsburg University as the host of The Ethan Show in which he made racially offensive comments about African Americans and voiced his unhappiness about affirmative action programs. Czahor was forced to step down from the presidential campaign.

The Clear app unfortunately wouldn’t have prevented Czahor from having to leave the campaign. Clear currently only checks through a users Facebook, Instagram and Twitter posts, leaving the rest of the internet, including a user’s personal website unturned. Czahor’s remarks made on Twitter as well as his own website and were found using an archiving tool called The Wayback Machine. While this type of app would be useful to ensure there is nothing on accounts from the past that may be seen as offensive, racist or derogatory, tools like Clear shouldn’t be relied on to keep someone’s reputation in tact. Instead, avoiding offensive comments altogether may be a better option to stop any unwanted criticism in the future, especially if you work in a public job or are well know in your field.

On Clear’s website, Czahor said he created the app so that “situations like mine never happen to anyone again” and it seems that the app is most targeted towards millennials who have been posting online since they were young teenagers. In this instance, being able to remove content from many years ago when a person was young and inexperienced may be beneficial. A study from last year found that more than half of employers had found questionable online content posted by job candidates that made then decide not to hire the person.
It seems Clear may be of use as a one-time clean up of a person’s social media history, to find and delete anything from the past or that they may not have realised was offensive. Using the app regularly or finding large amount of offensive posts, however, may be a sign that the person should change how they use the internet and try to change their pattern of behaviour so that any remarks don’t come back to bite them in the future.

Clear is currently in the beta stage of testing but you can join the waiting list by downloading the app.