How Dropbox Composer Will Help You Work Smarter 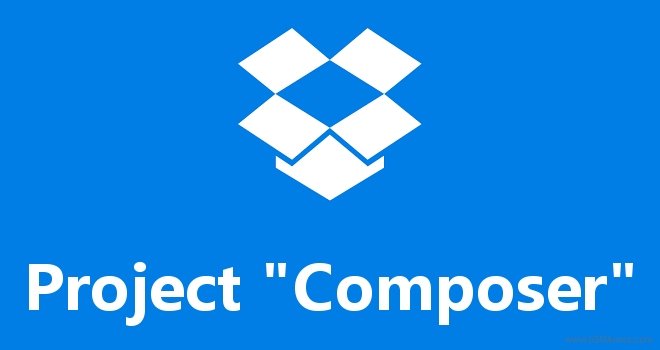 Dropbox inadvertently revealed that its working on a project called Composer by releasing the app online where it was used and shared before quickly being removed. The tool required a Dropbox account to sign in but the company had kept quiet until recently when the new project was confirmed. Although there is no specific date for Composer’s release as Dropbox tests new products with thousands of customers to ensure there is the correct market fit, the tool has been met with praise from Dropbox users who hailed the new idea for its ease and practicality.

The Composer app is hosted on the Dropbox.com domain and is currently titled ‘Notes’ in the ‘Also From Dropbox’ left hand sidebar. Composer is a note-taking tool that allows users to collaboratively work on the same files in real time. One of the advantages of this is that it negates the need to use a separate word processor to create and simultaneously edit files with others, then upload them to Dropbox to be shared.

Last year Dropbox acquired Hackpad, a startup company with note-taking and sharing software that seems very similar to the new Composer format. Rumours have circulated that previous Hackpad users were able to gain early access to Dropbox’s new tool and it isn’t uncommon for large companies to take over smaller start-ups and develop their products for their own integrative use.
The new Hackpad-Dropbox hybrid will allow you to collaborate with colleagues right within Dropbox, cutting down on the amount of back and forth emails being sent and revised documents being uploaded and re-uploaded to Dropbox. This will allow for easy idea sharing, note taking during meetings or brainstorming sessions and will cut down on the impractically and extra time it takes to make small changes to a document before sharing it with others.

Dropbox Composer has been hailed as a marker for the end of a need for collaboration tools such as Evernote and Google Docs along with a Dropbox account. In addition, Dropbox’s acquisition of CloudOn, a document editing service for mobile, could mean that both desktop and mobile collaboration can take place within Dropbox for those who have busy workdays. If you’re always connected to Dropbox for work then being able to create, edit and work simultaneously on files with others wherever you are will allow you to get things done smarter and faster.

It seems that Dropbox is already testing the Notes portion of the site and that may signal that it will open to all very soon. Badge, a new feature that was released last month and which enables users to see who is working on the same file as them, was tested with more than 13,000 business partners before it was made publicly available. A similar trial may currently be happening with Composer and a message on the new page reads ‘We’re not quite ready for prime time yet’.

Users who have already accessed the app say that it has a clean interface with the ability to add images, tasks files and tables inline with notes while enabling several users to work on the same note.  This certainly isn’t the first software of its kind but the need for a similar service to be integrated into Dropbox has become more pressing as we move into an online world. Document writing and sharing has been moving away from locally hosted files to cloud-based services and it makes sense that creation and collaboration should also happen away from a local desktop too. For both small and large work teams, the ability to communicate and record ideas has shifted from paper to screen, even when face to face with a colleague. Dropbox Composer will be the ultimate in convenience for both work and personal Dropbox users, and may even persuade users to switch from Google Docs, OneDrive and Evernote in order to have their whole online workspace in one place.

You can currently request an email invite to use Dropbox Composer before it is officially launched.