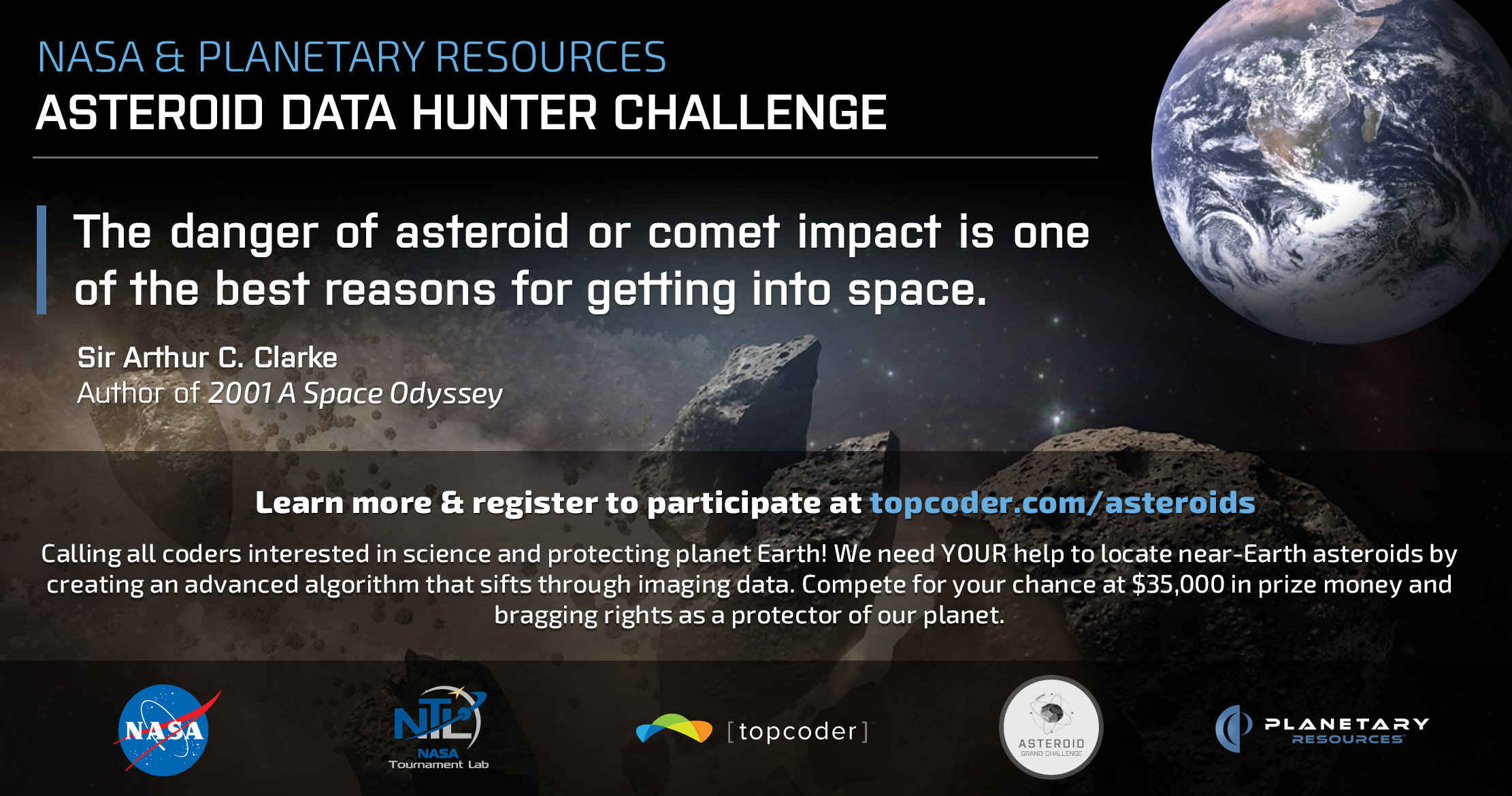 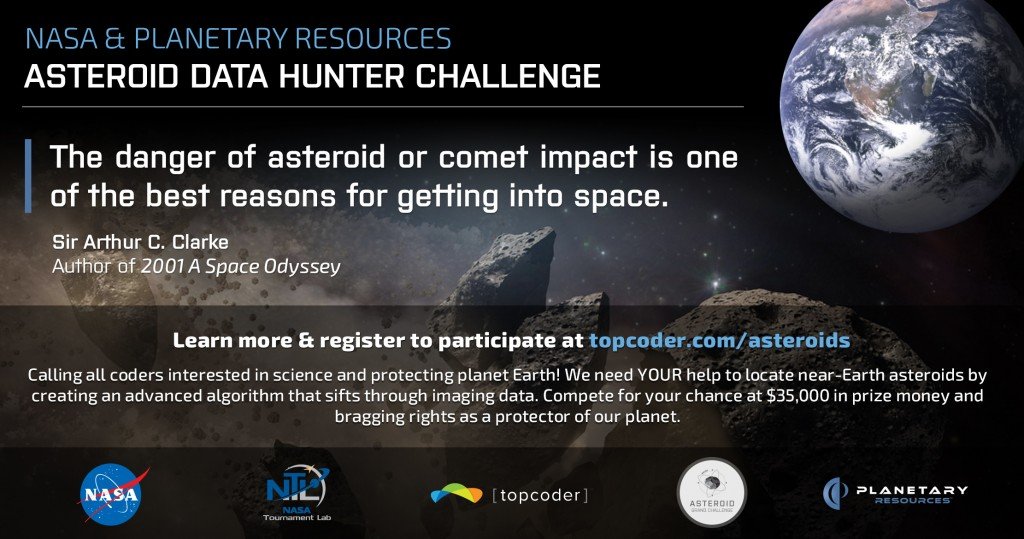 NASA has developed and released desktop software that allows anyone to identify suspicious and damaging looking asteroids that may on a collision course with earth.The free Asteroid Data Hunter app works on all computers and laptops and enables you to analyse images from your home telescope. If you find anything unusual you can use the app to report it to the Minor Planet Center who will take a look to investigate further.

By using ‘citizen scientists’, NASA hopes to get the help of the public in order to help address ‘some of the country’s most pressing challenges’, including finding and identifying asteroids. The Asteroid Data Hunter app uses new technology that is 15% better than the current asteroid finding method, and will allow the discovery of more asteroids than ever before. As well as looking for asteroids that may collide with earth, NASA also hopes to build on opportunities for asteroids to be mined for resources.

Crowdsourcing has been high on NASA’s agenda since the launch of their NASA Tournament Lab and hope to be able to use the power of people to help them further in the future. Currently, it’s difficult to identify a large number of asteroids as there is so much information being recorded from modern instruments. Using traditional technology, several images are analysed together over a timeframe in order to detect star-like objects that move. However this is a slow and inaccurate process and as surveys grow larger, NASA needs a way in which asteroids can be identified quickly and accurately. Through the public’s help, NASA will be able to not only identify more space objects, but improve their algorithms and the Asteroid Data Hunter software is similar to that which will be used on future spacecraft.

The app was developed as part of NASA’s Grand Asteroid Challenge using an algorithm created along with the Planetary Resources of Redmond. The Grand Challenge was created in order to help discover the 90% of objects smaller than 300m and the 98% of objects smaller than 100m in diameter which have not yet been recorded and which are classed as near-earth asteroids. By recording these potentially hazardous objects, NASA hopes that it can find out what must be done about them in order to keep human populations safe. By working together with observatories, private companies and amateur astronomers, data can be collated and co-ordinated so that both opportunities and threats can be recorded and found more easily in the future.

Those involved in NASA’s Grand Asteroid Challenge are called competitors, and they are invited to compete in a range of challenges. Some of the challenges, such as Asteroid Data Hunter have low requirements- just a telescope and ability to take photos of the sky are needed. However for challenges such as the Asteroid Tracker, there are high level requirements like being able to model phase antenna beams and read properties from configuration files.

While there is no imminent threat to the earth from asteroids, the improvement of algorithms and software will help scientists to explore more of space, both from earth and during space missions. If you have a telescope and want to get involved in the Grand Asteroid Challenge, you can download the Asteroid Data Hunter App for free here.