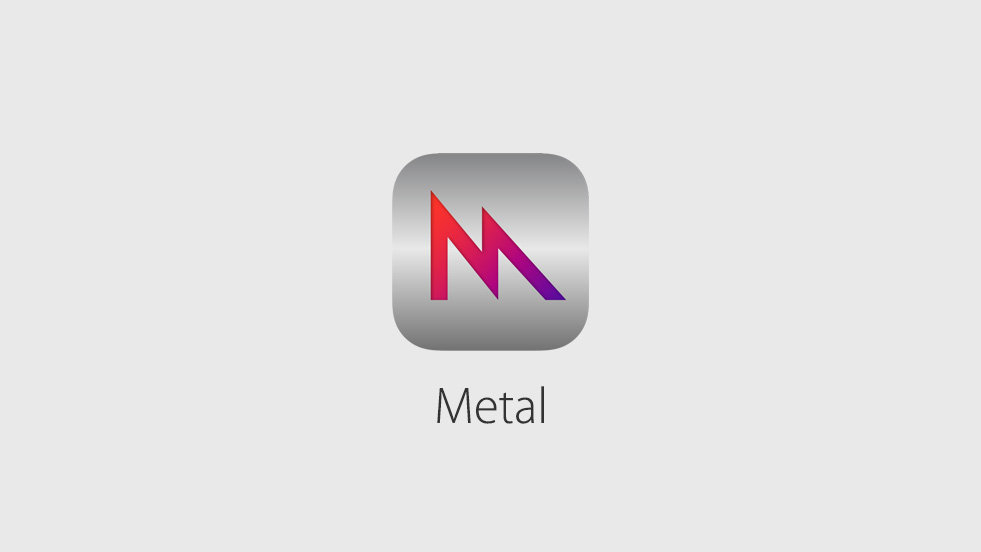 Without a doubt, the Mac is a platform for computers that continues to grow as the Macbook line epseically garners an incredible amount of sales and has definitely got wide-spread appreciation from users. Everywhere you turn, you see a Macbook of some sort. I even saw someone pull out their iMac the other day in Starbucks, I kid you not. 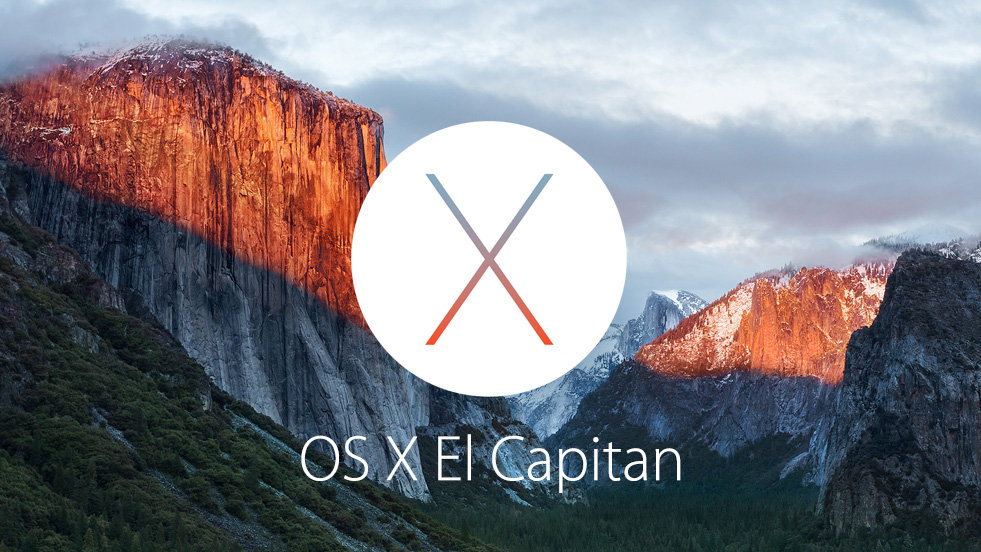 However, despite it already being popular, Apple continues to innovate and to make the OS that makes Macs so great better year on year. This year, they’ve announced OSX ‘El Capitan’… an odd name, we know. But it brings along with it some great features and little improvements to make the Mac feel a better experience for everyone using it. So let’s get into the Mac OSX ‘El Capitan’s’ top features 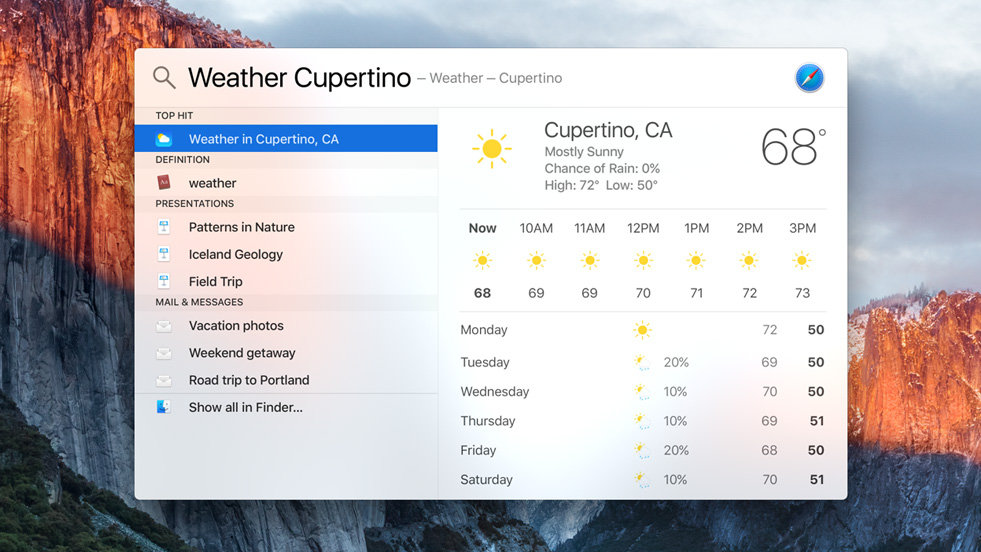 More Intuitive Search Across the OS

One of the more intriguing new additions to the OS that they showed off was the incredible ability to search with more fluid and natural language than ever before. Spotlight has been improved with some new functionality like the ability to view sports scores, weather and such. However, you can be more precise than ever when searching. You can use this functionality within Finder which is likely to be the most useful for people. For example, you can search “documents I worked on in June” or “slides from Eddy about WWDC15” and it will bring back results based on the relevant language that you’ve used. It’s definitely going to be something fun to play around with and see how many different ways you can refine the exact document you’re looking for. It will also almost certainly make it easier to find things you worked on in the past but can’t remember the name of. 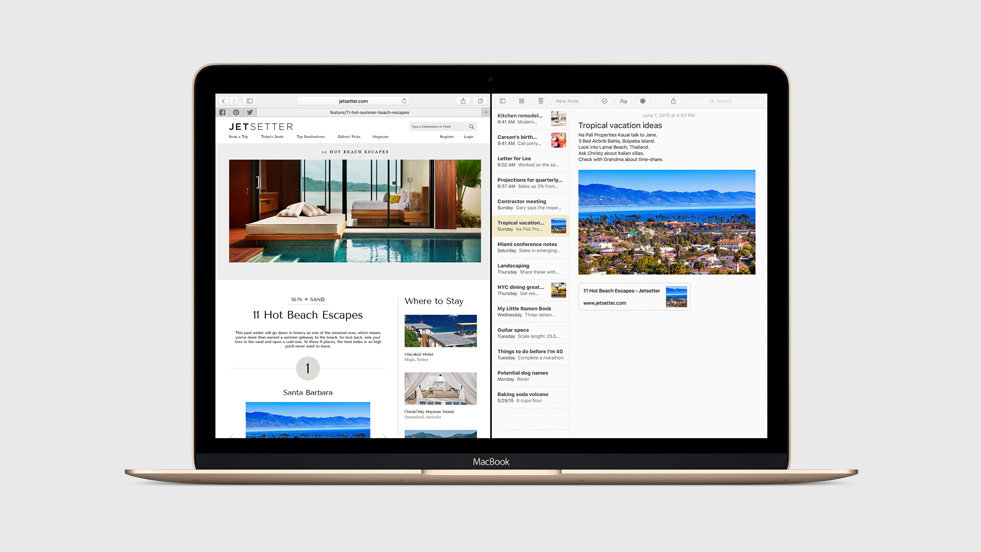 The iPad received split screen multitasking and so Mac OSX has something similar. Now, with it being a computer platform, it already had the ability to view multiple windows at the same time. However, there’s now a far easier way to clip yours windows to the left and the right of your Mac’s screen so you can work in tandem with two applications at the same time. We hope to see applications take advantage of this too on the smaller screens.

With a simple hold down of the full-screen button, it allows you to drag the window around, selecting which side of the screen it goes on. On the other side, you can then select from a list of apps to pin to the other side also. You can then use the bar in the middle to differ the size of each window to suit your needs. Apple takes everything and make it simpler and more intuitive to use. 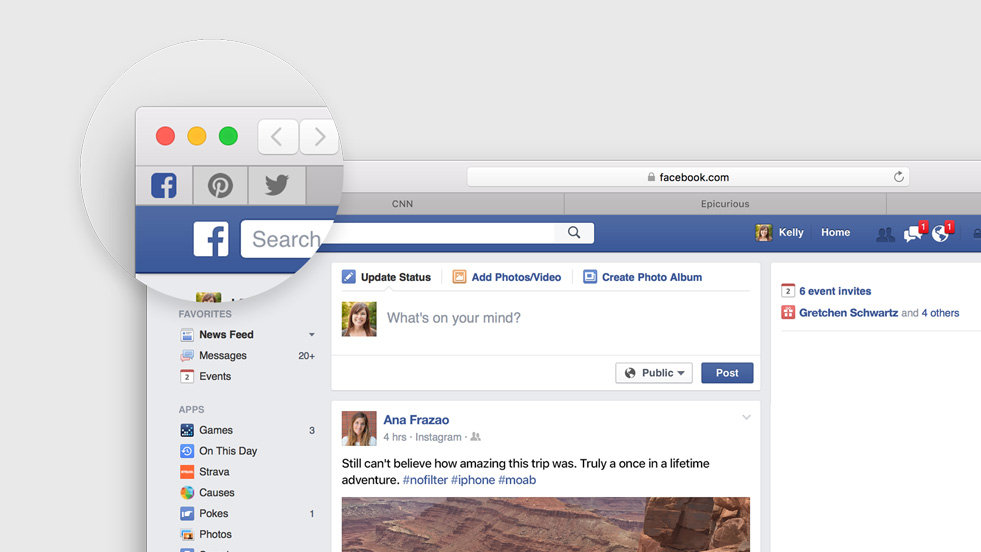 Safari is never going to be as big as Chrome, but it is definitely trying it’s hardest to be the go-to browser for Mac users and Apple have continued that effort this year with a couple of useful new features. The first is the ability to Pin your tabs to the left of your tabs panel, something Chrome has had for a while, but it’s now in Safari. To do this, you simple grab and hold your tab and pull it to the left where it will then resize and stay pinned when you reopen Safari again.

The next feature is something that Chrome also introduced a while back that was received with positive responses from users. The ability to find and then mute your tabs that are playing music. With more and more people having more and more tabs open, when an ugly advert pops up and starts shouting at you and you can’t find it, it’s a great feature to be able to not only find out which tab that is but also to be able to mute it straight away.

Last year, Apple announced Metal for iPad and iPhone and now they are bringing it to the Mac platform. For a long time there has been arguments that Mac can’t stack up against the likes of Windows platforms due to the lower specs inside as Mac OSX doesn’t need them. However, with Metal introduced, we may see a slight change in this with developers being more interested in developing games and applications for Macs.

Metal basically allows apps near-direct access to the GPU which results in faster and more efficient rendering performance across the system. Adobe have said that it’s improved their Adobe applications bu more than 2x. Fortnite was also demoed on stage, obviously on one of the higher-end Macs, but it ran flawlessly at what looked like 60fps despite lashings of thunder and many monsters on the screen at the same time. It’s a good start for Apple to make their Macs powerhouses, next they need to bump up the specs in their Macs a little. 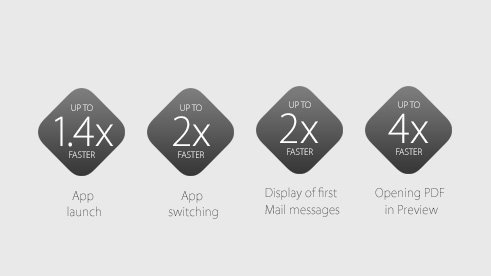 Finally, as with iOS, Mac has been rebuilt from the ground up to give you much faster performance, better battery life on laptops and better optimisation with applications. It’s something that will make older Macs run better on the software; after seeing my Macbook Pro 13″ 2012 edition beginning to lag a little, it’s nice to hear this sort of thing. Apple claims 1.4x faster app launching, 2x faster app switching and other speed improvements across the system that will hopefully make my $1000 machine feel less like a $400 machine.