Microsoft WiFi To Offer Hotspots Instead Of Skype? 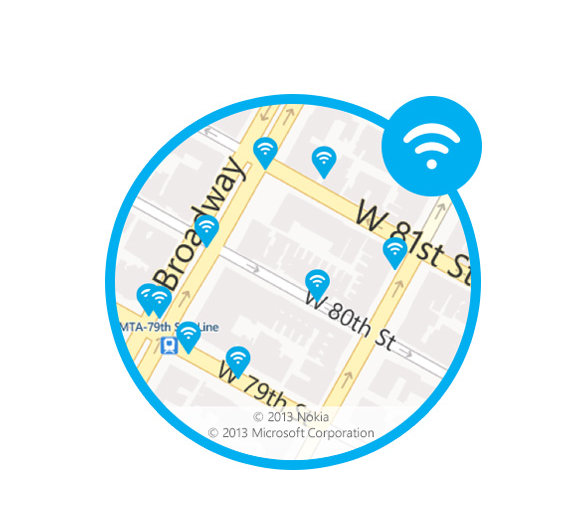 Last week, a website was discovered which announced very simple details about a new project called Microsoft WiFi. Microsoft currently offers WiFi through million of hotspots around the globe through Skype but the website seemed to indicate that the Skype hotspots would be terminated in favour of the new platform. Microsoft WiFi would increase the amount of hotspots from 2 million to 10 million and they would be able to be used by subscribers of Office 365 Enterprise as well as people who own a Surface 2 or Work and Play Bundle.

The service hasn’t officially launched, but the Microsoft site showed an included map of millions of the hotspots and where they can be found. In the US, Boingo and Gowex hotspots cover a large amount of the map, while in the UK BT and The Cloud provide a number of internet access points. The website made no indication about how the service could be paid for or whether a separate subscription would be needed on top of an Office 365 subscription. According to the site, the service will be supported by Windows, Mac, Android and iOS and will automatically connect a computer or smartphone to the nearest WiFi hotspot in range.

Since the site was discovered, Microsoft have chimed in to confirm that the plan exists but offer few other details. Microsoft has said they ‘look forward to sharing addition details when available’, which has fuelled the fire with media outlets reporting speculation about the new service.

The Microsoft WiFi website has since been replaced with a coming soon sign, but it stated ‘Sign in once and you are done: you will automatically be connected to a vast range of Wi-Fi providers around the world’. With the new service working on iPhone and Android as well as Windows products, it’s unclear whether Microsoft WiFi will act as separate entity to Skype or will take over functionality from the VoIP service. The new service will, however, offer an extra 8 million hotspots in over 130 countries around the world, perfect for those who travel a lot or maybe find it difficult to get good internet service with their current mobile network.

Those who already use Office 365 Enterprise and Skype WiFi will be first in line to try the new service, which will come free or at a low price. In a report with NBC News, Microsoft have said that only ‘qualified users’ will be offered free access. To be a qualified user you will need to be subscribed to Skype Wi-Fi and actively using the service, be working for a company which gives you access to Microsoft Office 265 for Enterprise or have received a Wifi package from Microsoft. The company has failed to comment on whether the new project will eventually be available to everyone for a fee or whether it will only be open to business users.

The service will be used through an app that can be downloaded to a phone or computer running any operating system and will automatically connect to the nearest and strongest wifi hotspot signal when the device is within range. There have not yet been any details about how Microsoft will keep connections safe as free wifi access can be a target for malware and malicious viruses unless it is secured.

Microsoft WiFi sounds like an internet-only version of Google Fi, a new project announced by Google earlier this year. Project Fi offers unlimited text messages and voice calls with incremental data packages using a combination of signals from two network providers along with wifi hotspots. The service will automatically switch between connections, meaning you always get the strongest signal. Project Fi is currently in an early access program for Nexus 6 owners but may be rolled out across the US and other countries if all goes well.

We won’t know more details about Microsoft Wifi until they are announced by the company, but we may be moving closer to a time when we can forget about relying so heavily on mobile network providers or internet service providers for connectivity and instead look towards other options which can bring us stronger signals and more convenience as we move into the future.