Why the New Macbook is the Future of Notebooks

In the past few days, a lot of people have been talking about the Apple Watch. However, with what appears to be a little bit of a let down when it came to the final pricing and features, more people have turned their eyes to Apple’s attempt at making the next-generation of Notebooks, the brand new and incredible looking Macbook. It has no extra name, such as the Air or the Pro as Apple believe this is a product that deserves to be THE Macbook.

Now, Apple highlighted many things such as the weight, thinness, technology, thinking and more behind the new Macbook when they were building it. We here at Geekszine feel that the new Macbook is the certain future of Notebooks for many different reasons and we are going to highlight we we think these are now.

For a long time, different laptop makers have used different charging ports and as laptops have gotten thinner, we’ve had to lose HDMI ability or USB ability which are things that some people really can’t live without. Apple realised this and worked with other manufacturers on the next generation of USB ports.

It’s called the USB-C and is essentially your one-stop-port for all things you want to do with your laptop. You can use it as a USB to plug in external devices, you can use it to charge your device, you can use. it to plug into your external display and much more. It’s an idea that many people have dreamed of for a long while and one that Apple have ensured is now a reality. All we need now is for every manufacturer to use this technology including mobile devices and we will have one universal cable that can do everything. That’s the future!

When building the new Macbook, Apple clearly felt that the current keys that were used within the laptop, well the key mechanism, wasn’t sufficient enough for it’s next-generation notebook and so they decided to create a whole new way of typing. 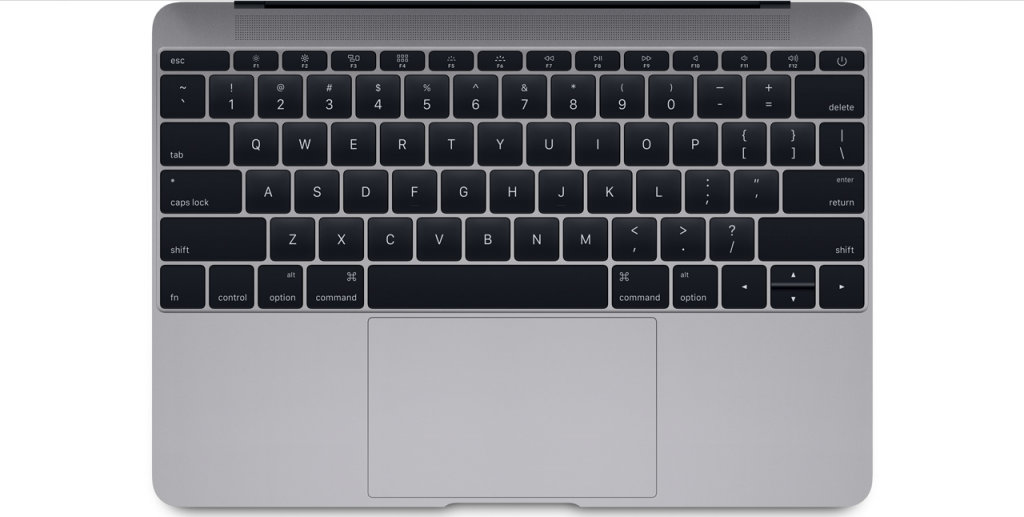 Apple claims that the old mechanism for typing made hitting keys less responsive as you could hit the corners of keys and they may not react as responsively as you’d like. However, with the new butterfly mechanism, you feel the exact same click whichever part of the key you tap which should result in more accurate typing and a more responsive feel.

Star Wars fans, don’t get excited this has nothing to do with your world. Apple has created a new type of trackpad that works on a similar principle to the lack of responsiveness of keys. They’ve made the whole trackpad clickable now with a new mechanism below the panel itself which Apple believes will please those that try to click the very top of the trackpad.

In addition, Force Touch is a technology they’ve invented and put into their other Macbooks now along with their Apple Watch and of course this new Macbook. It’s a technology that allows your device to recognise two different types of touch. A normal tap which will work like a single click and then a Force Touch which requires a harder press down on the trackpad and will make the laptop do more things. Apparently you feel haptic feedback from this which is something new to laptop trackpads and will be interesting to see how it feels.

One of the truly breathtaking things that Apple introduced with their most recent iPad Air was just how incredibly thin it was. Therefore, they decided to go down the same route with the new Macbook and make it impossibly thin and impossible light to take it into a whole new category of portability. 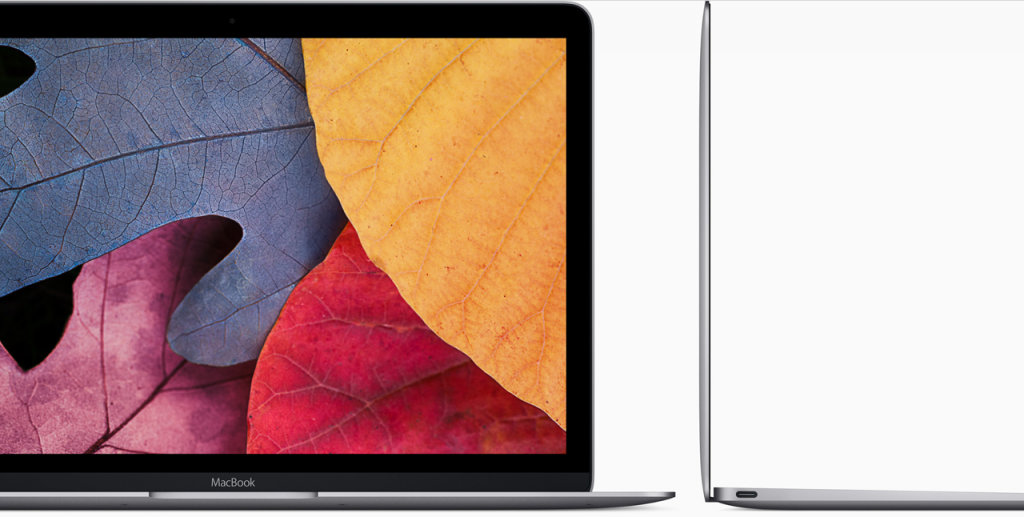 This Macbook comes in at just 13.1 mm thick (thinner than some iPad cases) and weighs just 2lbs, the actual retina display itself is just 0.88mm, truly innovative. If you want to know what to compare that to, that’s only just over double the weight of the iPad Air 2. The iPad Air 2 is purely a screen, this Macbook has to incorporate a keyboard and far more powerful internals. If you want another comparison, the current MacBook Air 11″ weighs 2.4 lbs and is 17.8 mm thick. That’s a larger laptop for a far lower weight and thickness. The portability of this machine will be on a different level to anything the notebook market has ever seen before.

Other things to Note…

Those are 4 of the main features that Apple thinks will take the new Macbook into the next generation of Notebooks, it’s incredible lightness and size, it’s next-generation USB port, it’s brand new Butterfly keys and it’s Force Touch trackpad. However, these aren’t the only other impressive things about the new Macbook.

One of Apple’s highlight features over the past few years is ensuring all their devices have incredible displays from their smallest iPhone to their largest 27″ 5k Mac. They didn’t skimp here either with a retina display with a resolution of 2304 x 1440. This image above compares it to a current HD display which most mainstream laptops and even TVs still only have.

In addition, the new Macbook appears to be able to last you a fair amount of time when it comes to battery life, thanks to a new innovative way that Apple have placed the batteries within the machine. The battery life is expected to last up to 10 hours on a single charge which highlights this machines ability to be portable and accessible. This seems a great contrast from the 5 hours I currently get on my 2012 MacBook pro 13″.

So today here, we’ve listed some of the incredible features that the Macbook boasts. It is incredibly thin, uses next-generation technology and is now arguably the best looking laptop the world has ever seen. Currently the Macbook starts at $1299 which is a steep price to pay when you can get a far more powerful 13″ retina Macbook pro for $1199. However, give it a couple of years, a few more reiterations of the internal specs and this laptop will, I’m sure, become cheaper than the MacBook Pro as Apple attempts to make the Pro the machine for power once again.