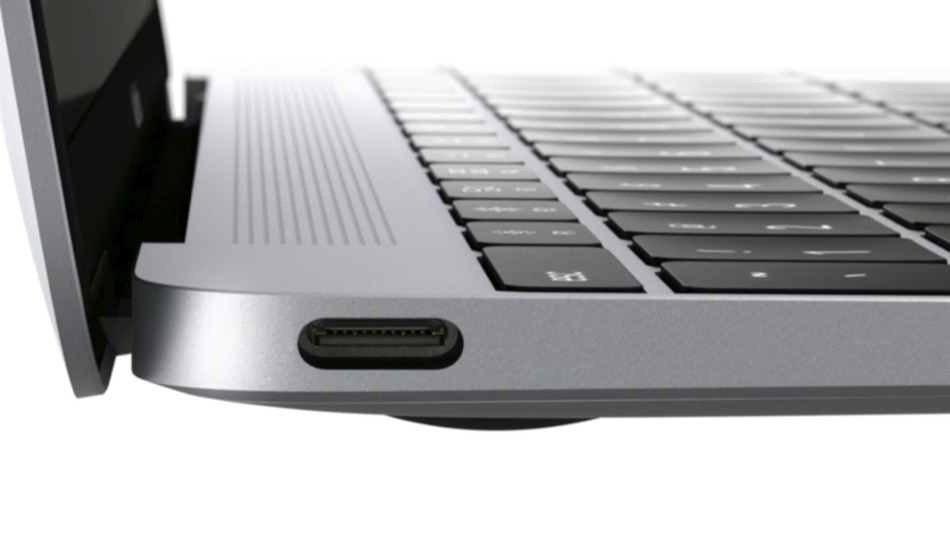 Both the new 12 inch Macbook and Google’s Chromebook have been announced as taking advantage of new USB-C ports, which have spent years in the making and were finalised in August 2014. The ports use a small reversible cable, similar to the size of a lightning cable, to combine both charging and data transfer.

One of the biggest advantages of the new ports is their ability provide to provide bi-directional power, meaning that a laptop can be charged and charge other devices all through one socket. They allow for faster charging as the ports can accept up to 100 watts of power, meaning the new Chromebook can save 2 hours worth of charge after being plugged in for just 15 minutes. This also means that in laptops with more than one port users will gain a whole extra data port after their battery has charged.

Another advantage of the USB-C ports is that they support data transfers of up to 5gbps per minute so users can access data stored on cameras, external hard drives and other information-holding devices at top speed. The ports also have a displayport alternate mode for connecting monitors and docking stations. The USB-C cable connectors themselves are small and easy to plug in, plus they’re reversible and can be used either way up so you don’t have to inspect them before attaching to make sure they’re not facing the wrong way.
The upgrade to a lightning cable for users of the iPhone 5 was a relief for many as it was much easier and quicker to plug in, plus the connector is less flimsy. This will also be true of the difference between USB-C and USB connectors, which are large and can distort reasonably easily, leaving the attached device unable to be detected by the computer.

The big problem associated with the Macbook and Chromebook is that they don’t have enough of the ports- there’s two on the Chromebook but just one on the Macbook. Apple will be allowing the creation of third party chargers and battery packs for the Macbook, but this doesn’t solve the problem of having to choose between power and transfer as the single USB-C port will be the only way to charge the computer.

Although the new ports will create a new standard for cables that will do away with cumbersome USB-A and USB-B cables, until they are all standardised you will have to purchase and use adapters for all your normal USB devices. The USB-C to USB adapter on Apple’s website is $19 and you’ll still need another USB cable to connect to your device. Apple haven’t announced that they will be releasing lightning to USB-C or 30-pin to USB-C cables for use with iPhones, but Belkin has announced a range of USB-C adapter cables including Ethernet and micro USB.
However, those that would like to charge their battery and plug in a device or peripheral at the same will have to wait for an appropriate dock to be created. There are very few USB-C docks currently on the market and many of them look unable to charge a battery while also allowing other cables to be plugged in. Once a well designed dock has been created, the problem with lack of ports and incompatibility with current devices should be less of a disadvantage of the USB-C ports.

One overlooked disadvantage of USB-C is that there is also a security risk associated with USB ports that hasn’t been addressed with the new port. This allows viruses such as BadUSB to enter laptops through firmware in the cable without the user knowing. The threat is consolidated in the new Macbook design which means users will be forced to make use of their USB-C ports as it is the only way to power the computer. Shared cables in places like coffee shops are one of the main ways in which laptops can become infected and so users should be wary of forgetting their power or adapter cables when leaving home or the office.

While USB-C ports are a breakthrough in efficiency and convenience, they are not without their drawbacks and it’s likely that many would-be purchasers will hang back until they know that they’ll be able to use their existing devices and external equipment easily with a new laptop.