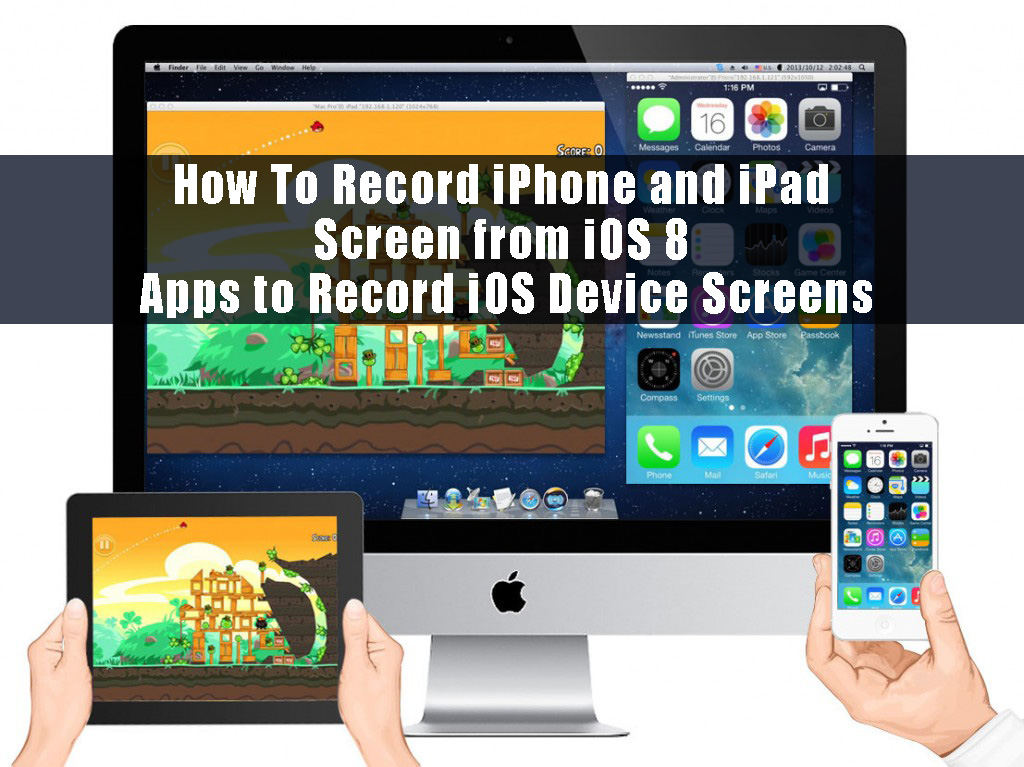 There are a number of reasons why you may want to record your iPhone, iPad or iPod Touch device running iOS 8- as an app developer to record and share video demos of your app, if you’d like to show someone how to do something on the device, or if you want to share gameplay that wouldn’t be the same viewed through static screenshots.

On a Mac, the OS X Yosemite operating system has the capability to record Apple device screens as long as they are running iOS8 or higher, however on a Windows PC there are unfortunately currently no built in or free options available to complete this task. Below we’ll talk you through the options for both systems so that you’ll be able to record your screen easily.

If you have a Mac then recording your iPhone or iPad screen running iOS 8 is easy and requires no additional software as long as you’re running OS X Yosemite. This makes the process easy as you already have everything you need to start recording your device’s screen and will be able to do it instantly.

To record your Apple device’s screen using OS X Yosemite:
Connect your device to your Mac via the Lightening Cable
Open QuickTime Player, find file and choose New Movie Recording
Select your device and microphone from the drop down menu under the arrow on the recording window
Press record and perform the actions on your device that you wish to save.

Unlike with Mac, there are no built in or obvious options for recording your devices screen on Windows. There is however paid mirroring software that can be downloaded in order to perform the same action, which is useful if you plan to record your Apple device’s screen often.
The software can be used to project anything on your device’s screen (even without being recorded) so this gives rise to the opportunity for other uses such as to share holiday photos or videos, play iOS games on a big screen, or stream your music through your computer. In addition, both programs below support multiple devices being mirrored at once, which allows you to conduct side by side comparisons and even use the program to play game competitions against your friends. Reflector is a mirroring program and AirPlay reciever that enables you to project your iPad or iPhone’s screen onto Mac, PC and most Android devices. The software requires an internet connection but no additional hardware as most Apple devices running iOS6 or higher have Airplay built in. Reflector has the option to simply mirror your device’s screen or to record the screen and audio or audio only and save it for your computer. The $12.99 pricetag is reasonable if you’ll be using this software a lot and it’s helpful that it has other uses than just screen recording. X-Mirage’s cost is slightly less reasonable than Reflector, but still not expensive compared to some software. X-Mirage works through Airplay and allows you to wirelessy stream your iPhone, iPad or iPod screen to any Mac or Windows computer as well as record the screen and audio. Mirroring is received in high definition and X-Mirage has a separate media control bar to avoid you having to use controls on your device.