Siva Cycle Atom Allows You To Power Devices With Your Bike 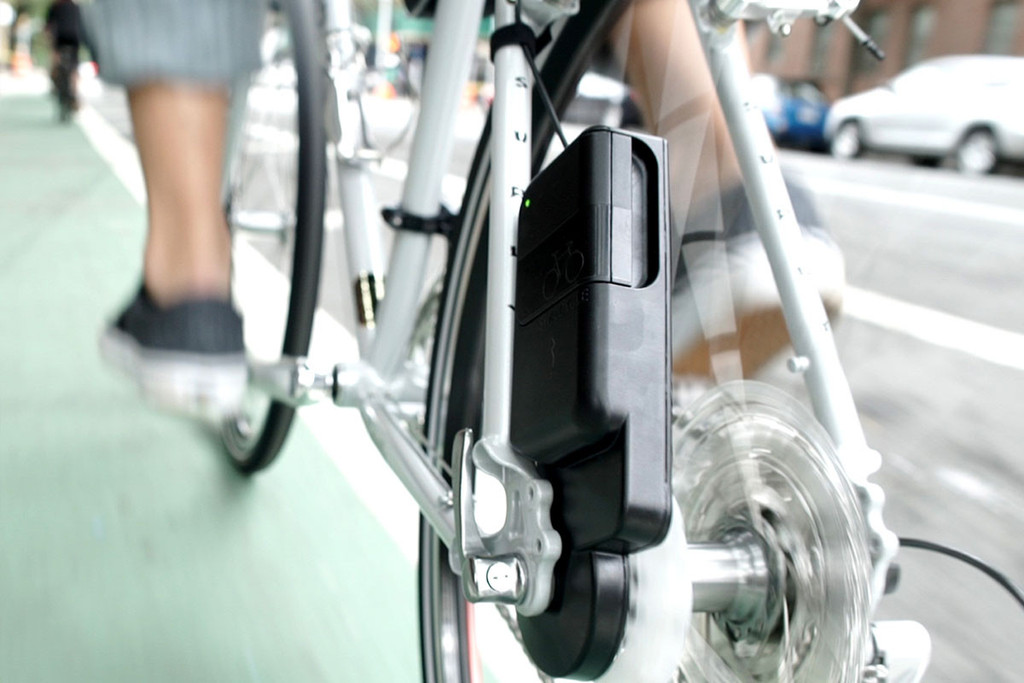 Cycling is on the rise as an increasing number of people take to their bikes, especially in big cities where traffic and congestion can be a big problem. New cycle lanes are being created and activism groups have sprung up in order to protect the rights of cyclists and protect them from problems with car drivers. As well as this, cycling has health benefits, improving circulation and fitness levels. But there may now be another more tech-focused benefit to cycling: being able to charge devices while on the go.

There are a number of dynamo systems on the market that use the turning of the bike pedals in order to power the light on the front, and sometimes rear, of a bike. However, the Siva Cycle Atom powers more than lights. It can charge almost any gadget you own from your smartphone or GPS to your GoPro. The Atom uses a USB port to power gadgets so anything than can be charged through a USB cable is compatible with the device.

The bicycle mounted charging system is handily weather resistant and attaches to the rear wheel of a bike. In order to produce power, the bike needs to be moving at at least 5mph. The Atom contains a built in 1,650mAh battery back which stores power while the pedals are moving and then uses it to continue charging a plugged in gadget when the bike is stationary or moving slowly. The device was first created for the developing world rather than the streets of our cities and was designed to create power in areas where the electrical infrastructure is unreliable. The Atom was invented by David Delcourt and Aaron Latzke in Oakland, California in 2011. Many areas of the world that the device was created for have no electrical infrastructures and Latzke and Delcourt still plan to introduce the Atom to these areas. However, in order to build up funding for their plan, they launched the product on Kickstarter in 2013 and it quickly received funding. The Siva Cycle Atom is now available to buy for $129 online.

The device adds 10% to the pedal power effort that you need to put into moving your bike, but Latzke says this is “silent and you don’t feel it”, so many cyclers won’t notice that they need to push a little harder. An average speed of 13mph for a duration of 100 minutes is needed to charge the battery fully, and this gives you more power than is contained in a fully charged iPhone 5c. The device can be used on any bicycle, but is particularly targeted to long distance cyclists and those who regularly go on long tours, finding it hard to charge their phone or other devices when riding. For those who use their bikes on the urban road, it may be a little more difficult to get efficiency from the Atom as slow speeds and frequent stops at traffic lights may prevent the charging system from reaching its full effect.

The two other problems that users might face with the Siva Cycle Atom are bike compatibility and security of the device. Bicycles that use disc-style or hub-style brakes aren’t compatible with the Atom as these affect the mounting position of the device. In addition if a hex nut isn’t used to secure the rear wheel then a thief could easily run off with the device. Convenience is lost with this, but it would be even more inconvenient to lose the only way of keeping your gadgets powered up when you’re away from a source of electricity.

However, the few drawbacks are only small problems for a device that doubles up the eco-friendliness of bicycles by allowing them to charge up gadgets when plugging into a wall socket isn’t an option. As well as being able to charge devices via USB, the Siva Cycle Atom also has an added feature in that the battery pack can be removed to charge devices away from the bike for more convenience. However, if you’re looking to charge your laptop or power your hair dryer with the Atom then you’re out of luck as the Siva Cycle website specifically stipulates that the Atom sadly isn’t compatible with these.