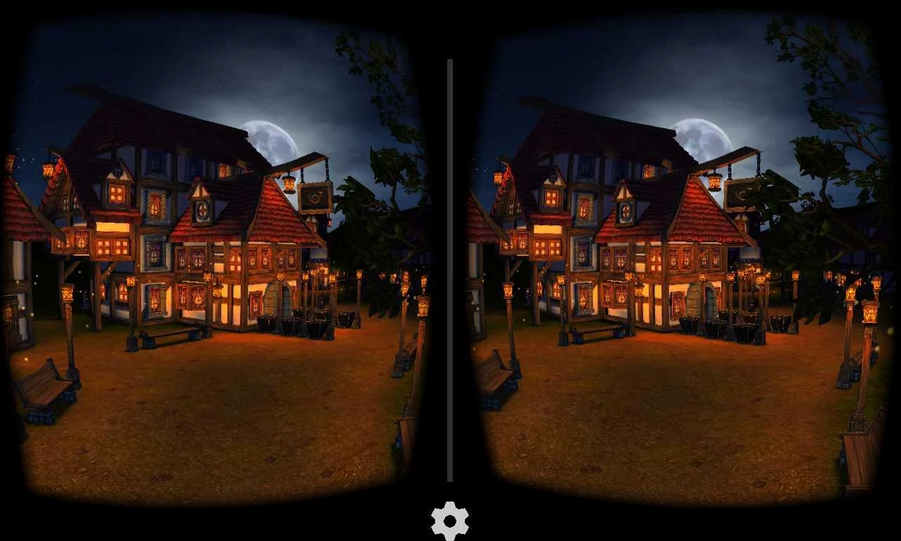 Google Cardboard is one of the coolest things Google has introduced over the past few years, offering the general public the chance to experience virtual reality at a highly affordable cost. Surprisingly, despite the cheap hardware costs, the software works incredibly well most of the time and as a result, creates some great experiences when viewing certain things on the cardboard.

You can have all sorts of different experiences on Cardboard and we’re going to list 10 of the better games apps out there for the hardware. So here ate the top 10 Google Cardboard apps and games. All of the following downloads are free. Without a doubt, one of the best experiences and best introductions when you first start playing around with your new Cardboard headset is Google’s very own Cardboard application that offers up some basic demos. You have some virtual tour experiences, the 360-degree Disney-inspired movie to watch, you can look at your own videos in a cinematic experience and more. It’s a great application to download first as it also then links you to a special section of the Google Play Store dedicated to the Crabdoard’s apps. Rollercoaster simulators have been around for quite some time, so it only seemed logical that there would be such applications for Cardboard. In fact, there is a handful of rollercoaster apps, but the best one we found was the Roller Coaster VR app. It offers the best graphics, the best experience and really makes you feel like you’re on a rollercoaster, especially when the motion sickness kicks in and you begin to feel a little sick after hurtling around that last bend. The horror genre can be taken into a whole new level of immersive with the introduction of virtual reality and that’s exactly what the creators of the new Insidious 3 film have looked to take advantage of in their Insidious VR application. In this app, you cleverly begin the experience by staring at a continue button which loads. You then are sat in a chair in a creepy house, with the main old-lady protagonist from the film facing you talking to you as you hear creepy noises. The app recommends wearing headphones and so do we to get the full 3d sound experience. It’s highly scary and one that caused us to have to take the headset off a couple of times to make sure I was still in the comfort of my home and nothing could seriously hurt me! Fish Schooling is one of those applications that you instantly want to download when you get your Google Cardboard. It offers up the ability to be underwater with some 3d-generated fish swimming around. It includes colourful smaller fish along with a shark that lurks around at times. It’s a good experience for those who’d love to be underwater or who like fish, but other than that it’s less than thrilling. If you’re looking for a more informative experience with your Google Cardboard, then definitely check out the Google Shop at Currys VR experience you can download for free in the app store. It’s a huge download file, but it offers you a great look around the new Google Shop in Currys in the UK. It’s a great experience and offers one of the higher-definition images you can get on your cardboard resulting in a truly stunning and immersive tour. Vrse is a beautiful application for Google Cardboard that will take up a lot of space on your phone eventually but will 100% be worth it. Vrse concentrates its efforts on offering you stunning 3d environments with abstract experiences happening as you stand there. For example, one video has you standing in the middle of a lake as the sun sets, then a dragonfly appears, then more appear and then a steam train appears and turns towards you and collides into you, then butterflies appear and create a stunning shape and more and more. It’s one of the most stunning experiences you can have on Google Cardboard. One of the highest rated games for the Google Cardboard is Radial G: Infinity. It offers up a great racing experience that is brought to life via some great graphics in a futuristic land. It also offers a bit more depth with the option to select a ship and different generated race courses so you can have a different race and experience every time you begin the game. In terms of games, it’s one of the better apps you can download for your Cardboard. Titans of Space for Cardboard (Android)

Back to the more meaningful applications for Cardboard. Instead of racing around on tracks in space, why not be taken on an informational tour of space with the Titans of Space for Cardboard application. It offers some incredible graphics, truly interesting and useful information and space is by far one of the best places you can explore on a virtual reality headset as it’s a place most of us will never visit in our life-times. If you’ve ever wanted to know what great-looking game graphics would look like in virtual reality or what the future of gaming on a VR headset would look like then Village is a great application to try out. There’s nothing you can do in the app despite automatically walk around this 3d-generated village that offers great lighting, great graphics and, as a result, a really great experience on your Google Cardboard. InMind VR is an application that offers you both an informative experience but also a fun one with gaming elements thrown in. You are basically asked to go into the brain of a patient who has depression and neutralise the disorder neurons to help them overcome the mental illness. You are put inside a pod and then asked to stare at red neurons which then zaps them with a laser that neutralises them. It’s a simple experience, but due to the quality of the game one that is rather enjoyable and fairly interesting and educational at the same time.