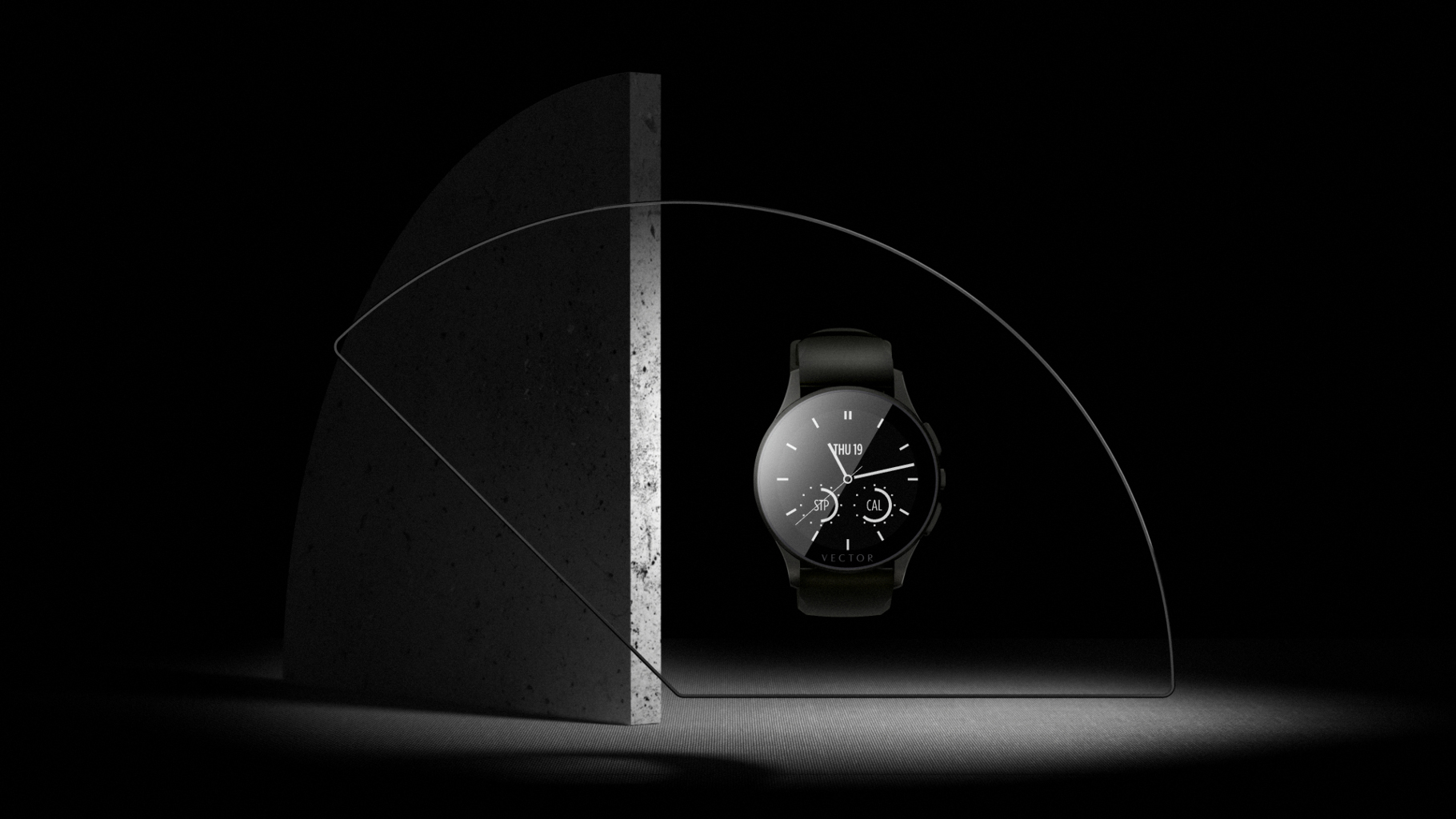 Recent smartwatch launches have been slated for not having enough battery life to keep up with users’ demands. However, at the Baselworld watch show in Switzerland, Vector announced its new smartwatch models Luna and Meridian will have a battery life to outdo them all. The Vector smartwatch is cross platform and will work with Android, iOS and Windows mobile phones, sending notifications and showing RSS feeds as well as being a stylish timepiece.

Vector has combined elegance and intelligence with its watch, working on software that can learn your routines and offer helpful information accordingly. The difference between the Luna and Meridian models is their appearance- Luna will have a 44mm round steel case, covered in mineral crystal and waterproof to a depth of 50 meters, while Meridian will have a rectangular 40.5mm case. Each watch has a choice of a silicone strap, lined leather strap or stainless steel bracelet. In style the watches look very similar to traditional analogue watches which will please many potential users who have been frustrated by the ‘high-tech’ look of some of the other smartwatch launches that can make them seem flashy. The Vector watch aims to understand whether you’re at work, home or sleeping and present information accordingly as well as sending you notifications from the apps you usually check at a particular time. The watch is also an activity tracker with a step, distance, calorie expenditure and sleep tracker built in.
The watch has a full set of timekeeping features including chronograph, stopwatch, countdown timer, multiple alarms and multiple time zones, just as you would expect from a wrist mounted timepiece. Plus there are sophisticated looking customisable digital and analogue watch face designs to choose from.
The Vector watches work on their own operating system which has been built to conserve power, based on the idea of understanding what you’re doing when you’re doing it. The watch will have third party apps such as Nest, IFTTT and sports and will display notifications as a line around the watch face which gives you privacy unless you flick your wrist up to display the alert, text message or other notification. However the best thing about this watch is the battery life of 30 days, which beats the Apple Watch by a very impressive 696 hours. The Vector watches have been designed to be as energy efficient as possible even though the watch continually shows the time without needing to be activated. In order to save energy, Vector have used a black and white screen that sadly doesn’t have touch screen support but also doesn’t use large amounts of power even with constant use. The majority of settings are created through your phone instead of on the long-life smartwatch, which means functionality comes from three easy to use buttons on the side of the metal casing.

The 30 day battery life outdoes most competitors by 23 days or more- the Pebble group of watches were previously considered to have one of the best smartwatch battery lives at 7 days. The simplicity of the Vector smartwatches along with their low power consumption and traditional-looking design is likely to please those who are making the first jump from analogue or simple digital to a new smartwatch. Not having to charge your watch every 24 hours (or less) will make this smartwatch even more convenient for consumers.

The Luna design will retail at $349 while the Meridian will be $199. The official launch of these watches will be in July but limited edition designs are available now to pre-order from Vector’s website.