Pebble Time, Apple Watch or Moto 360, Which Smart Watch Is Worth Buying? 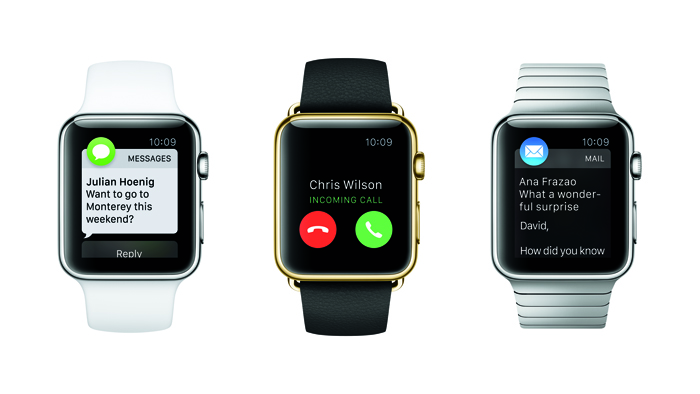 With a launch date fixed for the Apple Watch and production starting on the Pebble Time, you may be thinking that now would be a good time to purchase your first smart watch. But how do you know which one to choose? We’ve put together a comparison of the Pebble Time, Apple Watch and Moto 360 so that you can consider their pros and cons before choosing the watch that would be right for you.

Pebble Time, the new watch from smartwear company Pebble, has raised over $17m on Kickstarter and the smart watch is already being praised as a welcome upgrade to the original Pebble Watch.
This new version features a colour e-paper display below scratch resistant glass, notification display such as weather, SMS and voice call, and microphone to respond to notifications. The Pebble Time integrates with both iOS and Android smartphones and has its own store full of thousands of apps to download. The screen supports 64 colours and 30 frames per second, which means it can’t beat the other watches in terms of graphics but this is expected for a more affordable smart watch. The Pebble Time has interchangeable straps for personalisation, is water resistant and will include separate fitness tracking accessories that can send data straight to the watch. While there is no voice assistance or song recognition on this model, you’ll be able to get up to 7 days use from just one charge of the Pebble Time. Instead of a touch screen display the Time features side buttons that allow you to scroll through your notifications feed and the apps menu but the screen has a lighting sensor to ensure you can read your notifications in any light.

While the Pebble Time lacks the in depth technology of more expensive smart watches, it is a solid choice for those looking for an affordable watch and has its own unique set of features that set it apart from the competition.

The Pebble Time will retail for $199 at its launch. Apple Watch will be available with a huge range of design options- each of the Apple Watch Sport, Apple Watch Edition and Apple Watch models will have two size options and there’s a choice of 34 watch strap combinations. The watch is also able to keep time within 50 milliseconds thanks to integration with your iPhone.
The Apple Watch features a full colour retina touchscreen under a thin layer of sapphire with spherical app icons and a Digital Crown scroll wheel that lets you zoom in on the screen. The second side button allows you to view your contacts as well as use the watch as way to pay using Apple Pay. The Apple Watch allows you to view SMS messages, incoming calls and other notifications as well as counting your steps, heart rate and exertion levels during excersise. Apps already developed for the watch include Facebook, Twitter and Uber. Unusual features of this watch are the ability to draw small diagrams and send them to friends, and send a heart image along with a vibrating heartbeat. The Apple Watch will only last around 18 hours from one charge, which doesn’t seem much in light of the high cost of this device.

One of the biggest drawbacks to the Apple Watch is the short battery time, but it has useful and well thought out features that make it one of the best smart watches for those who don’t mind paying for the craftsmanship and technology. The Moto 360 looks at first like a regular watch with a normal round watch face, but this face is actually an LCD screen that has an ambient light sensor to ensure it can be seen in all lighting situations. This smart watch has a card based interface that can show notifications such as SMS messages, calls, weather and traffic. It has voice control and apps ranging from Facebook Messenger to Pinterest that can be controlled with the touchscreen. The Moto 360 watch has no GPS capabilities but does include a heart rate sensor and pedometer. Unfortunately the Moto 360’s processor is slower than other smart watches and the battery lasts for around 24 hours with frequent use which is acceptable but could be better. This model also isn’t completely waterproof but is showerproof in case you forget to take it off. The band, face and case can all be customised to create something that look classic and stylish, not like you’re wearing a tiny smartphone on your wrist.

The Moto 360 is the best choice for those who are upgrading from a regular watch and want something with the same classic feel but the capabilities of a smart watch.

From our comparison it’s clear that the Apple Watch is the winner based on functionality, but the short battery life and high cost will make it prohibitive for some. The Pebble Time is a good basic smart watch for those that would like the usability but want to avoid the high costs of some of the more expensive watches. The Moto 360’s slow processor is the biggest drawback for anyone thinking of purchasing the smart watch, but it does have the most classic design so is inconspicuous. Ultimately, it will be down to the wearer’s needs as to which watch they choose, as each has individual selling points.