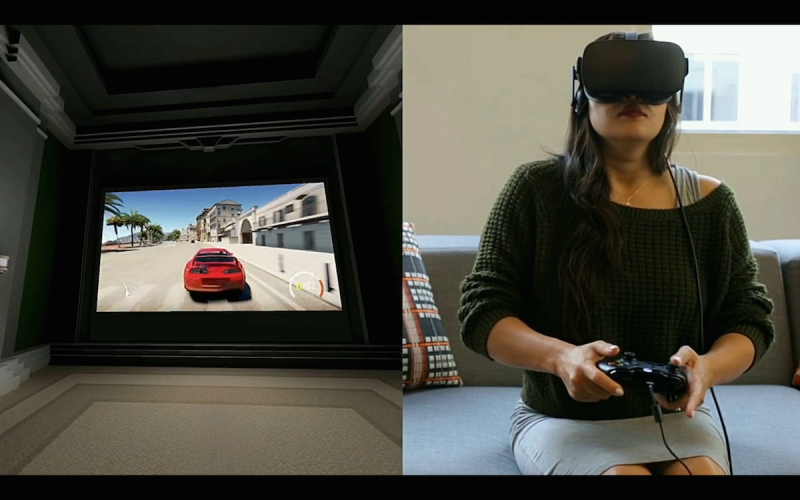 So virtual reality is one of the biggest and most talked about technologies with some of the biggest companies talking about it and even showing off their offering from Google, Samsung, HTC, Valve and now finally Oculus. Now Oculus were the original Virtual Reality kings, introducing the first viable option for the new technology genre back in 2012 before being bought by Facebook last year. Oculus has had many journalists in and technology enthusiasts to experience what it has to offer over time. However, over the past few months they’ve quietened down as they’ve clearly been working hard on what they have just announced.

Oculus Rift are at the forefront of virtual reality technology and look the company most likely to release a commercial product before anyone else. They have just announced the Oculus Rift Consumer VR headset along with some really interesting extra features that your VR headset will be able to do. The future of virtual reality headsets is 2020 but we can let you know what to look forward to right now. So let’s delve into the 5 things you should know about the Oculus Rift consumer VR headset.

One of the biggest questions that surrounded the Oculus Rift before it was announced was how they intended to get people to interact with the games and software around them. Oculus have come right out and answered that with some really cool controllers called Oculus Touch. The Oculus Touch controllers are what Oculus are calling “next-generation inputs”. The Oculus Touch controllers look to have a ring that is placed around your wrist that is supposed to work with the headset to read your hand motions but also be able to read gestures you make with your hands too such as gripping something or holding a fist or such. You Can Use an XBox One Controller With It

So, we just mentioned that you can use an Xbox One Controller with it. This is a result of two things: being able to use the Xbox One controller with Windows PCs (more on that next) and additionally, you’ll be able to stream your Xbox One games to the Oculus Rift headset itself. This will work in a way where you are put into a virtual environment with a wall which holds a large screen which shows your Xbox content. So you won’t be playing Xbox One games in 360 degrees anytime soon. However, with the initial support from Microsoft on this first project, we wouldn’t be surprised to see them urging developers to work on games that let you play them on your Xbox as normal but also your Oculus Rift in a 360 degree view if you own one. It Works with Windows PCs

As we just mentioned, the Oculus Rift is heavily invested in the Windows platform and looks to be utilising the most popular computer software in the world. Windows 10 will offer the ability to stream your Xbox to your PC allowing you to use your Xbox’s hardware but on your PC’s screen, essentially turning any computer into a gaming computer. The Oculus Rift is looking to utilise this software by allowing it on the Oculus Rift via a neat virtual world environment with the game screen on the wall. The Oculus Rift will plug into a Windows PC to work. So obviously with a new piece of hardware, a new company and a new technology genre all together, there needs to be a one-stop place to access all the games and media and your friends list that who you’ll be playing with on the Oculus Rift. Oculus Home is your hub for all things virtual reality after purchasing your Rift. It looks to be similar to Steam in design, which is nothing wrong as Steam has clearly worked out a formula that works.

Oculus Home will give you access to 360 games, Windows 10 games, apps and more for your Rift, giving you plenty of choice for your new piece of hardware. Oculus Home will offer some Oculus exclusive games that will be fully optimised to work brilliantly on the hardware. Oculus showed off games like the stunning space shooter EVE Valkyrie and cartoonish platformer Lucky’s Tale, but also spotlighted a couple of brand new exclusives: Chronos and Edge of Nowhere. These games look genuinely compelling and far from anything we’ve seen on the likes of Google Cardboard. Oculus mentioned that they worked hard on making sure that the Oculus Rift fit really well on shapes of all heads and sizes. They are reported to have said that it fits your head similarly to how a baseball cap would fit. It goes on, stays on but is also easy to take off, making it a great headset for long-term use, short-term use and comfort too. This edition is also supposed to have wider eye cups to allow for those who wear glasses, so you 4 eyes don’t have to worry about that!