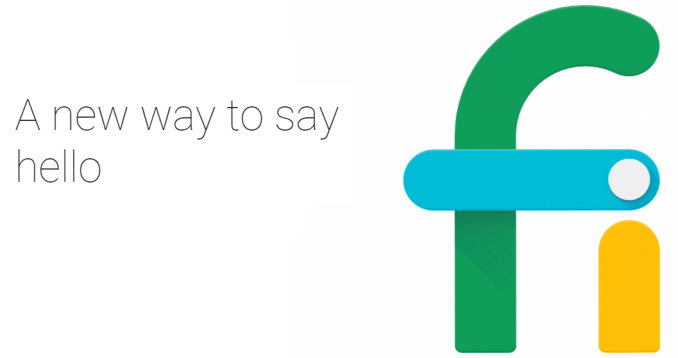 T Mobile and Sprint are partnering with Google on their latest announcement, Project Fi. Project Fi is a new type of mobile network that was created two and a half years in response to the slow network speeds currently on offer and the lack of possible communication when your phone is misplaced, but has just been formally announced by the search engine giant.

Project Fi is a development of hardware, software and connectivity that will help users to get the highest quality connection. Using a ‘network of networks’, Fi will switch users between 4G connections on Sprint and T Mobile or wi-fi depending on their location and the service that would be the fastest for them. This means that a user can benefit from connecting to twice as many network towers for stronger and faster coverage.
The new technology intelligently connects and switches networks including over one million free and fast wi-fi hotspots. Once connected through wi-fi, Fi uses encryption to secure a user’s data. This constant switching would be incredibly convenient and exactly how the new technology works hasn’t yet been revealed, but it does sound like it may in theory cause a lot of battery drain if a user is moving around a lot throughout the day.

Fi will work on a range of devices so that easy communication can be made regardless of network and device. With the new ‘network of networks’ users can make calls and send texts while connected to wi-fi rather than a normal 4G or 3G signal. Even while on a wi-fi call, Fi will automatically switch the service to the fastest provider as soon as the user walks out of wi-fi range. Google’s Project Fi will also do away with the current process of tethering phone numbers to particular sims and phones, instead hosting phone numbers in the cloud so they can be used with any device- smartphone, tablet or even laptop. 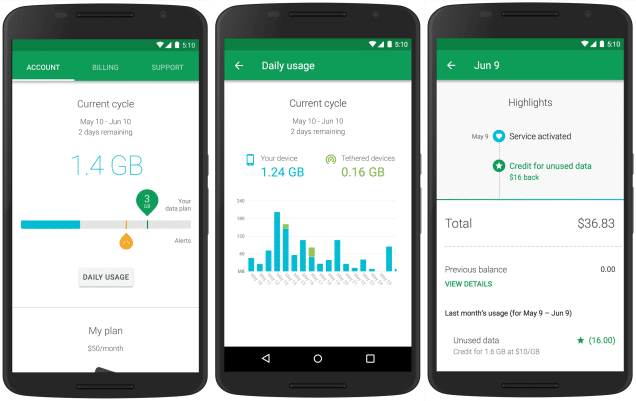 One of the features of Project Fi that users are likely to love in particular is that they can get money back for their unused data at the end of the month. The basic plan for texts, calls, wi-fi and international coverage is $20, and data is charged on top of that at 1GB for $10, 2Gb for $20 and 3GB for $30. If there is any unused data left at the end of the month, the user will be refunded to the amount of the data left over. Project Fi is made possible by a purpose designed SIM card that contains a cellular radio tuned to allow access to multiple networks and easy switching.

Project Fi’s Early Access Program is available to Nexus 6 users in a range of states in the US. You can view Project Fi’s coverage for the US to see if you live in a qualifying 4G area and request an invite to be one of the first to use the new network. After requesting an invite, you’ll hear from Google within 30 days by email. As there is a limited number of invites available, Google will be prioritising invitees based on their request submission date and zip code to determine the network access and readiness for Project Fi in the area. Users will be able to keep their mobile number when switching service providers to Project Fi and can purchase a Nexus 6 in 32GB or 64GB size if they don’t already own one so that they can take advantage of Google’s new network of networks.