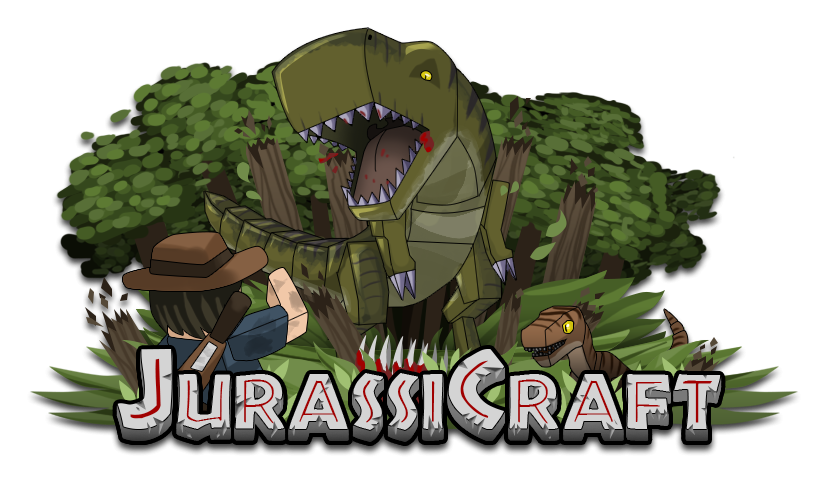 The thing that has surely made Minecraft the incredible phenomenon that it is today though are the MODs that you can get for the game. With Minecraft MODs, the game has been taken to places that we’re sure the original creators never thought it would be taken. With a simple install of a MOD or “Mod-Pack” you can create cities, machines, play an MMO RPG, go to Space, visit different planets, create working factories and so much more. It’s a game that has really pushed the imagination and coding skills of some really creative people out there. Today we want to highlight some of the most fun MODs and MOD-packs you can download right now. One of the biggest MODs you can download right now is Tinkers’ Construct. “Tinkers’ Construct is a mod about putting tools together in a wide variety of ways, then modifying them until they turn into something else. The tools never disappear and can be named and changed to your heart’s desire. Once you make them, they’re yours forever. Any world generation included in the mod is more efficient, but not required to progress.” This essentially makes Tinker’s Construct one of the base MODs for other MOD-Packs which look to utilize different tools to create different machinery or weapons. It’s a great MOD that you should definitely think about adding to your game. JourneyMap is essentially the normal Minecraft Map on steroids. It offers up the basic look of the original and learns the are and stores it as you navigate around the world. You can also set waypoints and bases with names allowing you to mark places on the map that you don’t want to forget. This can be used for maybe a good mining area or your home base so you don’t get too lost. JourneyMap also allows you to see your map via browser or mobile application which is really cool, allowing you to be able to view where to go without having to get the map up on your Minecraft game itself.

Thaumcraft is one of those MODs that offers up really original ideas from the premise to the actual equipment and tools added. Thaumcraft describes itself as “Thaumaturgy is the capability of a magician to work miracles. A practitioner of thaumaturgy is a thaumaturge, thaumaturgist or miracle worker. This is what this mod is all about – drawing magic from physical objects in the form of Essentia and reshaping it to perform miracles.” Essentially with Thaumcraft, there’s a recipe book for learning recipes and the link will also take you to a little run down of how to get started by creating a wand and such. It’s a really really fun MOD to get into and offers plenty of content to dig your teeth into.

If you’re still really on the dinosaur hype after the release of Jurassic World and are looking to indulge this hype into your Minecraft world then there’s no better way right now than to install JurassiCraft. JurassicCraft includes dinosaurs and some great little tools and new equipment to help you capture, kill and more with your dinosaurs. “JurassiCraft is a mod made to bring prehistoric creatures to the world of Minecraft. It is inspired by Jurassic Park, but is not limited to all JP canon: as many creatures and features as possible will be added! Creatures are made Jurassic Park style, by obtaining fossils or amber, using the fossils or amber to create DNA, inserting the DNA into eggs, and hatching the eggs. The mod recently merged with two other mods, entitled the Bygone Age Mod and the Fossil Hunting Mod, which will bring users a more complete modded-Minecraft experience.”

Botania is a MOD that takes plants and flowers to the next level, offering up the ability to create magic and really interesting items from mana pools and planting flowers. It’s described as ” a tech mod in essence. The theme is natural magic. By which the very base of the mod, as the title would give you the idea of, is flora. Of course, it’s not limited to that. Most of the info on Botania can be found inside the game, in the Lexica Botania, the mod’s “documentation book”. You can craft it pretty easily with a book and any type of sapling.”

Another great MOD that looks to change the whole way in which you think of Minecraft is Blood Magic. Blood Magic obviously has you working with magic to create great spells and conquer enemies. However, it also modifies the mobs to react differently and have slightly different variants of themselves which makes the world a far more hostile place. This MOD is one of those that is definitely recommended to play with someone else as there’s a lot to explore. Blood Magic’s description is “Blood Magic is an arcane art that is practiced by mages who attempt to gather a vast amount of power through utilizing a forbidden material: blood. Even though it does grant a huge amount of power, every single action that is performed with this volatile magic can prove deadly. You have been warned.”